Blog / The Daniel Code: An Interview with O. S. Hawkins

The Daniel Code: An Interview with O. S. Hawkins 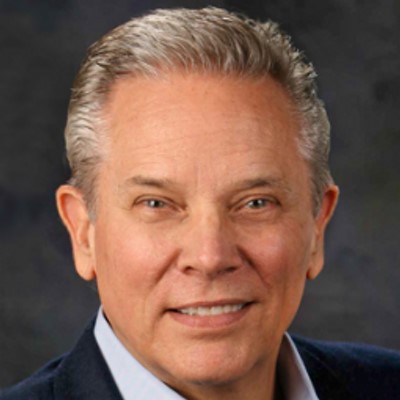 Are you struggling to live out your faith in a rapidly changing culture that seems to have lost its way? The ancient book of Daniel speaks of how he survived and thrived in a pagan, permissive, and perverted society.

[Sign up for the free email devotional, Codes for Christian Living by O. S. Hawkins]

Bible Gateway interviewed O. S. Hawkins (@OSHawkins) about his book, The Daniel Code: Living Out Truth in a Culture That Is Losing Its Way (Thomas Nelson, 2017). 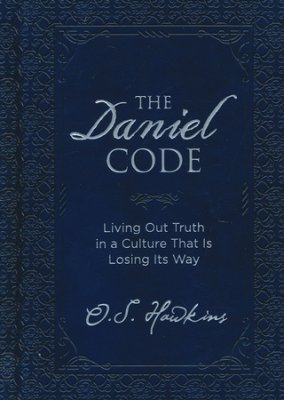 How does the book of Daniel, written more than 2600 years ago, serve as a guide for today?

O. S. Hawkins: Our brightest young minds are in the process of being re-educated along the lines of principles that are foreign to those of all our founding fathers. Today we live in a world where too many believe there’s no absolute truth. We’re seeing the removal of the distinctions between the roles of male and female in society, the rise of gay marriage. We see bold advocacy of abortion rights, euthanasia, and the redistribution of wealth in America. This didn’t happen in the last few years. It’s been decades in the making. 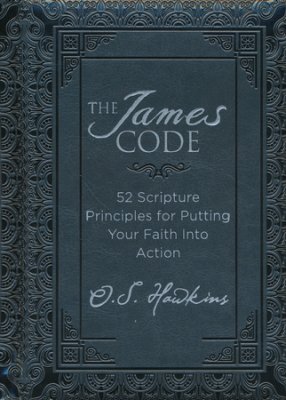 In many ways we’ve become the Babylon of the modern era. We learned our lessons at the feet of Nebuchadnezzar himself. It’s little wonder that we’ve lived to see Bible reading and the display of the Ten Commandments removed from public view and creation science excluded from classroom instruction. None of this is new. It has its roots in Babylon, and thus reveals that the book of Daniel is one of the most relevant books of the Bible in our world today.

What do you mean when you say Christians shouldn’t compromise, condone, or condemn, but confront? 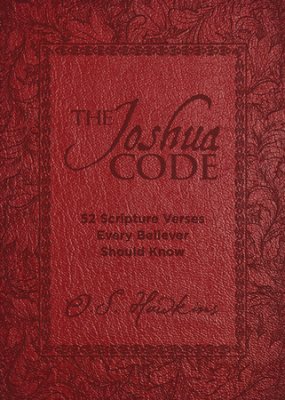 O. S. Hawkins: In Daniel, we see what one man of courage and conviction can do to influence two entire cultures. Daniel, who began as a young Jewish boy in exile, engaged both a pagan Babylonian culture and a pluralistic Persian one with amazing results. He lived to see the wicked King Nebuchadnezzar of Babylon declare, “There is no other God who can deliver like this…. Now I, Nebuchadnezzar, praise and extol and honor the King of heaven, all of whose works are truth, and His ways justice. And those who walk in pride He is able to put down” (Daniel 3:29; 4:37).

And, when Persia later defeated Babylon and broke forever the Babylonian supremacy, Daniel lived to hear King Darius proclaim, “I make a decree that in every dominion of my kingdom men must tremble and fear before the God of Daniel. For he is the living God, and steadfast forever; his kingdom is the one which shall not be destroyed, and his dominion shall endure to the end” (Daniel 6:26). 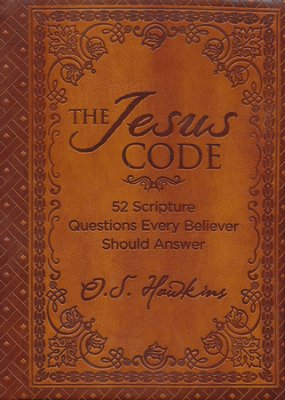 These are amazing professions of faith coming from two of the most unlikely prospects one could ever, in their wildest thoughts, imagine. Daniel lives on in history, and in our hearts, as a testimony to the fact that it’s possible not to simply survive in a corrupt culture but to engage it and change it as well. Daniel’s God is still alive today.

Daniel’s message of hope and help is still the good news of God’s grace. We call it the gospel today. It still has the power to impact lives and transform cultures. Paul referred to the gospel as the “power of God” (Romans 1:16) and chose a word from which we derive our word “dynamite” to describe it. It’s this power—not pickets, petitions, protests or politics—that’s our only hope today. 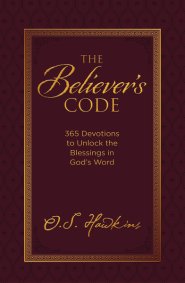 Explain the three timeless truths; are they what you mean by the Daniel “code”?

O. S. Hawkins: In the first chapters of Daniel, he reminds us:

What are the four aspects of integrity you write about?

O. S. Hawkins: All of us live in four worlds. We all have a private world in which we live; that’s the place where nobody comes; alone with our secret thoughts. Our own spouses oftentimes don’t know what we’re thinking. In our private worlds, it’s only you and the Lord, who searches our hearts and knows our anxious thoughts. Then we live in our personal world, where a few people know us like we really are—our spouses, kids, and maybe one or two truly close friends. Then we have a professional world where we live, where we touch dozens, scores, hundreds, thousands of people. Now, those people who know us professionally don’t necessarily know us personally, much less privately, but they know us in our professional setting. Then we all have one other world we live in: our public world. Some people call it our public persona. This is the world where someone who doesn’t know you privately, personally, or professionally hears your name and has some opinion about you one way or another.

So the question becomes: where is integrity rooted? Some people think it’s rooted in their public life. They spend all of their time trying to spin their public image. It’s not rooted there, however. It’s simply revealed there. People who lack integrity will have it revealed publicly. Some people believe it’s rooted out there in the professional world where, on the anvil of personal experience, you beat out those principles of integrity. But it’s not rooted there, either. It’s just reinforced there if you have it.

So then, one might think, it must be rooted in those dynamic personal relationships with your family and closest friends. It’s not; it’s only reflected there. Integrity, though, is rooted in your private world, that place alone with God, just him and you. When it’s rooted there, it’s revealed in the personal relationships, reinforced professionally, and revealed publicly for God’s glory and our good.

How should Christians strengthen themselves to live counter-culturally?

O. S. Hawkins: We must be sure to be governed by inner principle and not outer pressure. Nowhere was that better illustrated than with the three Hebrew young men Shadrach, Meshach, and Abednego. Out there on the Plain of Dura, Nebuchadnezzar erected a large golden statue, nine stories tall, of himself. He decided to hold a grand dedication ceremony. At just the right time, everyone would bow to it. Anybody who refused to do so would be thrown into the fiery furnace. It would be easy to go along with the crowd. No one would notice in that vast horde of people. Instead, they remained true to their convictions, stood alone, and refused to bow to any image, just as their Torah commandments had long ago taught them.

We warn our children and grandchildren about peer pressure. We want them to say no to the vices of the world: drinking, drugs, and other destructive behaviors. But as we move from childhood to adulthood, we find the peer pressure changes. Daniel 3:2 notes “the satraps, the administrators, the governors, the counselors, the treasurers, the judges, the magistrates, and all the officials of the provinces” were there. I’m sure more than one of them thought they needed to keep their job with all of its benefits. Not much has changed in two-and-a-half millennia. Men and women, boys and girls, are still bowing to the image of peer pressure out on their own Plain of Dura every week in every city of America.

These three Hebrew young men learned to live with pressure with principle, with perspective, and ultimately with protection. We as 21st-century Christians must do the same.

How does The Daniel Code fit in with your other “Code” books?

O. S. Hawkins: We need to get the truth of Scripture out to every generation, and websites like Bible Gateway and the Bible Gateway App can help with that. Whether it’s being able to access Bible studies, commentaries, or multiple translations of Scripture in one simple place, these are good tools for Bible learners. The most important thing is for Christians to read and reap from Scripture! The app and website help people keep God’s Word nearby all the time.

O. S. Hawkins: As we look at the chapters of Daniel, we recognize that the words of Daniel 1:21 ring true today: “Thus Daniel continued….” Daniel continued through a culture unlike his own; one that lost its way. Today, you and I are living in a culture that’s losing its way. It’s good to know that just as in Daniel’s day, God is looking for men and women of integrity to help confront in love a culture that’s losing its way and to point it back to him.

Bio: For more than 20 years, O. S. Hawkins served pastorates at the First Baptist Church in Fort Lauderdale, Florida, and in Dallas, Texas. He’s president of GuideStone Financial Resources, which serves 250,000 pastors, church staff, missionaries, doctors, and other workers of various Christian organizations with their retirement needs. He’s the author of more than 30 books and preaches regularly at Bible conferences, evangelism conferences, and churches across the nation. All of the author’s royalties and proceeds from the entire Code series go to support Mission:Dignity. You can learn more about Mission:Dignity by visiting MissionDignity.org.