Blog / The Daniel Prayer: An Interview with Anne Graham Lotz

The Daniel Prayer: An Interview with Anne Graham Lotz 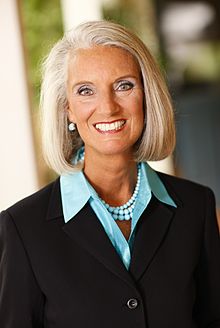 What is the secret to the revival of the church? To spiritual restoration? How can you renew your own relationship with God? How did the ancient prayer of Daniel move heaven and change a nation? Bible Gateway interviewed Anne Graham Lotz (@AGLotz), the National Day of Prayer Task Force chairman, about her book, The Daniel Prayer: Prayer That Moves Heaven and Changes Nations (Zondervan, 2016).

[Sign up for The Daniel Prayer free 5-day email devotional: Learn the prayer that moved heaven and changed a nation]

Why is prayer such an important activity? 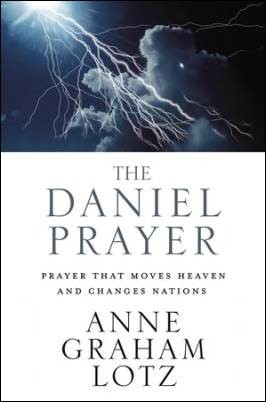 Why is prayer so often neglected?

Anne Graham Lotz: Prayer may be neglected for several reasons. Some of those reasons are doubt that God answers prayer, doubt that prayer really makes any difference, and doubt that God will truly listen to our prayers. Also, prayer is hard work. We may neglect it because we’re too tired, too busy, or too distracted to put into prayer the effort required.

What are the characteristics of an ineffectual prayer?

Anne Graham Lotz: Prayer offered without faith by a person that doesn’t truly believe God exists will not be effective. Sin in our lives that we refuse to confess will also render our prayers ineffective. A husband who dishonors his wife physically or verbally will be ineffective in his prayers.

How is effective prayer born out of a sense of desperation?

Anne Graham Lotz: Desperation compels us to pray with fervent, focused faith—especially when we have no one else to turn to. God honors our faith when we place it in him alone—with no back-up plan, no other recourse, no other way out. He hears and answers our desperate heart cry, because he loves to show himself strong on our behalf.

Why did you turn to the Bible character Daniel as a model for prayer today?

Anne Graham Lotz: Daniel’s prayer moved Heaven and changed not only his nation, Judah/Israel, but also the nation in which he was living at the time: Persia. His prayer is one that worked. God’s people were separated from God and were living in exile. But in answer to Daniel’s prayer, they were restored to God’s place of blessing.

I believe our nation is in deep trouble. We seem to have lost our identity because in many ways we’re separated from God. I believe it’s imperative that God’s people pray as Daniel did, or our nation may unravel morally and spiritually to the point of no return. I believe we desperately need the blessing of God.

What are the elements that make up The Daniel Prayer found in Daniel 9 and that you recommend should be followed today?

Anne Graham Lotz: Daniel prayed under compulsion. His prayer was based on a covenant relationship that he had established earlier with God. He was confident in the character of God whom he knew by years of experience, as well as knowing God as he’s revealed through his Word. He prayed with humble contrition as he confessed the sin of his people as though it were his own. He was very clear in exactly what he was asking God for. And he prayed until his prayer was answered.

Anne Graham Lotz: Both public and private prayers are acceptable. But public prayers take into account other people listening in. Private prayers are spoken to God alone. The difference is the same as the difference between public speaking versus a private conversation. Things we say, or confide, in private to our closest friend are different than what we would share in public.

What do you mean “patterns help us focus our prayers”?

Anne Graham Lotz: God knows that sometimes we lack words to express our feelings, heart-cry, thoughts. And so within the Bible he includes people’s prayers as models to help our own. Daniel 9 is one example. The entire book of Psalms is another. Our Lord’s own prayer in John 17, or the prayer we refer to as The Lord’s Prayer that many people recite every time they go to church are also examples. At the end of The Daniel Prayer, I include prayers that I wrote to help the reader articulate his or her thoughts after reading a particular section of the book.

What should be the ultimate goal of praying?

Anne Graham Lotz: The ultimate goal for me in prayer is to draw near to God…to fall in step with him…to discern his will so that my life might be lived accordingly…to discover what burdens are on his heart that I might take them into my own heart, then pray them back to him.

You say The Daniel Prayer is a battle. How so?

Anne Graham Lotz: Prayer taps into the very power of God. The devil resists serious, focused prayer because he’s defeated by it. And so the devil will try to attack our concentration in prayer; he will try to confuse or contradict the content of our prayers; he will do his best to distract and/or divert us in prayer so that we’re crippled by inconsistency.

Anne Graham Lotz: Bible Gateway is my go-to app when I can’t remember a Bible reference, or when I’m searching for a particular verse. It’s easy to use. I have it on my mobile device as well as on my computer.

Anne Graham Lotz: Yes. One of the most effective ways to pray is to ask God to give you a promise from his Word concerning whatever it is you’re praying for. Then hold him to his Word as you pray it back to him. It’s what has been called “reversed thunder.” God keeps his Word, and basing our prayer on his Word gives our prayers strength and confidence because we know we’re asking for something God wants to give us.

Bio: Anne Graham Lotz, daughter of Billy and Ruth Graham, is the president and CEO of AnGeL Ministries, a nonprofit organization that undergirds her efforts to draw people into a life-changing relationship with God through his Word. Anne launched her revival ministry in 2000 and has spoken on seven continents, in more than 20 foreign countries, proclaiming the Word of God in arenas, churches, seminaries, and prisons. She’s the award-winning author of numerous books, including The Daniel Prayer: Prayer That Moves Heaven and Changes Nations, The Magnificent Obsession: Embracing the God-Filled Life, Wounded by God’s People: Discovering How God’s Love Heals Our Hearts, and Fixing My Eyes on Jesus: Daily Moments in His Word. She’s also the National Day of Prayer (NDP) Task Force chairman.