Blog / The Use and Misuse of the King James Bible: An Interview with Mark Ward

The Use and Misuse of the King James Bible: An Interview with Mark Ward 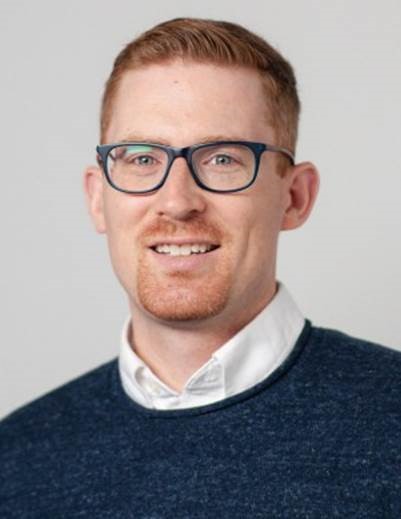 The King James Version (KJV) Bible has shaped the church, our worship, and the English language for over 400 years. But what should we do with it today?

Bible Gateway interviewed Mark Ward (@mlward) about his book, Authorized: The Use and Misuse of the King James Bible (Lexham Press, 2018).

Sign up to receive Bible Gateway’s free email Verse of the Day every day in your inbox in up to five different translations, including the KJV 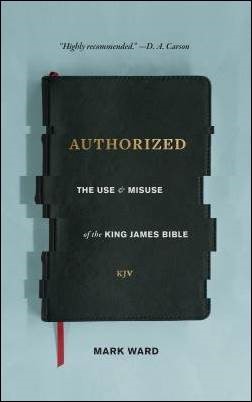 Where did the King James Version (KJV) of the Bible come from, and how many people read it today?

Mark Ward: The KJV is what it is today because of that first letter: “K.” Only in a day when a “King” ruled over church and state could one Bible translation come to rule them all. And even then it almost didn’t happen: the Geneva Bible (which King James I of England did not like because its notes questioned the divine right of kings) remained in use for some time after the KJV came out in 1611. The KJV translators themselves did not expect their work to become the standard for all English speakers—their excellent preface makes this clear. But that’s what happened.

English, like all languages, is a moving target. It’s changed a great deal since the KJV was released. So I was surprised a few years ago to find out from Mark Noll and the Pew Research Center that the KJV is still the most-read Bible translation in the US. Of all the Americans who read their Bibles today, 55% read the KJV. When I saw that, I knew I had to write Authorized: The Use and Misuse of the King James Bible. I wanted to help that 55% see how changes in English impact modern readers.

Your book offers examples of words such as halt and remove that meant one thing in 1611 and yet mean something different in 2018.

Mark Ward: Everybody who picks up a KJV knows there are “dead words” inside it—words we don’t use anymore. Besom, chambering, emerod, caul are words we know we don’t know; words we turn to the dictionary to define.

But halt and remove are what I and other linguists call “false friends:” words we don’t know we don’t know. I never hear these discussed as a separate category. But “How long halt ye between two opinions” (1 Kings 18:21) and “Remove not the ancient landmark” (Prov 22:28) simply don’t mean to us what they meant to the KJV translators. Today halt means stop, and remove means get rid of. In 1611 they had other senses not available today (read Authorized to find out which!). And your dictionary may not tell you what those senses were, because its job is to track words as they’re used currently, not as they were used 400–500 years ago.

I don’t blame anyone for the existence of “false friends” in the KJV. The KJV translators couldn’t predict the future of English, and we shouldn’t be expected to keep track of English’s intricate past. In other words, they didn’t make mistakes and we aren’t dummies. We just speak two different Englishes. There is obviously massive overlap between them, but every year they grow further apart. The KJV is like a rubber band being stretched between us and the Elizabethans. It’s held remarkably well for a long time, but the rubber is now more frayed than many KJV readers realize.

The KJV has remained popular through the centuries while translations before and after it have, for the most part, fallen out of everyday use. What are you saying in your book the church would lose if it stopped using the KJV?

Mark Ward: The first chapter of Authorized lists five things we’ll lose—that we are losing—as the KJV loses its place as the accepted, common standard English Bible translation. Certain intergenerational ties in the body of Christ will grow a bit weaker, “accidental” Scripture memory will be less common, and (paradoxically?) non-Christian trust in the Bible will fade in a specific way. What I mean is that from the outside, it may look like our many English translations are tools for different Christian groups to get the Bible to tell them what they want to hear. They aren’t—they just aren’t. But this is a case in which a rising tide can sink all boats; at least a little. A common standard carries significant benefits—benefits I don’t think we’ll ever get back.

[Read the Bible Gateway Blog post, In praise of the King James Bible]

What’s wrong with assigning a reading level to the KJV?

Mark Ward: When a computer looks at a book, what indeed can it see? The same thing it always sees—the only thing it can ever see: numbers. When you see a “readability score” applied to a given text, what you’re actually seeing is computing, not reading. Such scores are based on an assumption that is sometimes useful but not fundamentally true. That assumption is that shorter words and shorter sentences are easier to read than longer words and longer sentences. Flesch-Kincaid and other reading analyses don’t really know if Green Eggs and Ham is easier than The Gulag Archipelago; they just know Dr. Seuss’s words and sentences are shorter than Alexander Solzhenitsyn’s, and they assume therefore that the former is easier.

That assumption often works as a rough-and-ready measure on contemporary texts, but it falls apart quickly when applied to a much older text like the KJV. To a computer, the “dead” Elizabethan words caul and halt and the current word call look equally “easy” to read. But clearly they aren’t—because caul is a dead word, and halt is a false friend. The KJV also arranges words in unfamiliar syntax patterns and uses different spelling and punctuation conventions. But none of the available reading level analyses can see these things.

Authorized argues that if people say the KJV is hard to read, then it’s hard to read. People know better than their computers.

What emphasis did the KJV translators place on vernacular translations of the Bible?

Mark Ward: The KJV translators were direct heirs of the Protestant Reformation. They said very clearly in their preface that their goal—like that of William Tyndale, whose work they were essentially revising—was to put God’s Word into the tongue of the “very vulgar.” That meant the common people, the man on the street, the “all nations” of the Great Commission (Matt 28:18–20). Giving God’s words to those people in a way they could understand was their motivation.

When we hold too tightly to the way they stated things in the KJV, we actually violate their own stated principles. If you’ve never read the KJV preface, it’s a gold mine—but it’s now hard to read! I actually translated it here and drew lessons from it here. Everyone interested in English Bible translation can profit from their ideas; the most important of which was indeed that teaching people to observe everything Jesus commanded means putting the Bible into the vernaculars of the world.

Why do you say the question “which Bible translation is the best?” is the wrong question to ask?

Mark Ward: If there’s no holy grail, maybe the knights would do better to stop going on quests to find it.

If there’s no “best” English Bible translation, and there isn’t, then it’s particularly sad that so many of our own quests to find it end up with our fighting on Facebook with other knights who claim to have found it. These “word-fights” are “to no profit” (2 Tim 2:14).

Reading and comparing multiple translations has helped me understand the Bible better so many times that I started to realize: even if I did find “the best” Bible translation, so what? I wouldn’t stop using all the other good ones in my Bible study.

What was your objective in writing this book?

Mark Ward: One of the endorsers of my book, a man I respect greatly, put it better than I could: “fostering more and better Bible reading.” That’s it. The 55% of English-speaking Christians who read the KJV don’t—can’t—know what they’re missing unless they check other translations. Many of them do. But some of them don’t, and I think they should—for their own good and that of others.

Mark Ward: I’ve pretty well dedicated my life to making biblical truth understandable, so Paul’s argument in 1 Corinthians 14 is especially precious to me. Repeatedly—seven times by my count—he makes the same basic argument: if you want to edify others, you need to use intelligible words.

I’ll quote the KJV: Except ye utter by the tongue words easy to be understood, how shall it be known what is spoken? for ye shall speak into the air (1 Cor 14:9).

Mark Ward: You’re asking an employee of Faithlife, makers of Logos Bible Software—so of course I’ll say that Logos is best. =) But I’ve used Bible Gateway many times over the years and I’ll tell you what I really like: I like it that one of the top 1,000 sites on the internet—top 400 in the US, last I checked—is dedicated to helping people use multiple Bible translations to study the Bible. I say, more power to BibleGateway.com—and to the Bible students who use your site and apps. Vernacular translations of the Bible are never perfect, but they’re a precious gift; an embarrassment of riches God has given us. You’re helping to freely spread those Bible study riches and I’m grateful.

Bio: Mark Ward received his PhD in New Testament Interpretation from Bob Jones University in 2012. He now serves the church as a Logos Pro, writing weekly on Bible study for the Logos Talk Blog and training users in the use of Logos Bible Software. He is the author of Authorized: The Use and Misuse of the King James Bible and multiple high school Bible textbooks, including Biblical Worldview: Creation, Fall, Redemption. He blogs at byfaithweunderstand.com.

Get to know your Bible better! Try Bible Gateway Plus today!