Blog / How Has the Bible Shaped Our World?: An Interview with Steve Green

How Has the Bible Shaped Our World?: An Interview with Steve Green 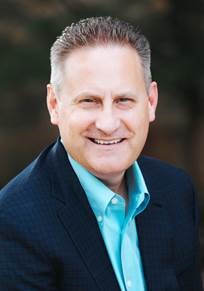 Why is the Bible the bestselling book of all time? Why does it ignite religious debate, social upheaval, and political controversy? How could one ancient book have so much power through the centuries?

Bible Gateway interviewed Steve Green (@SteveGreenHL), who, along with his wife Jackie, wrote, This Dangerous Book: How the Bible Has Shaped Our World and Why It Still Matters Today (Zondervan, 2017). 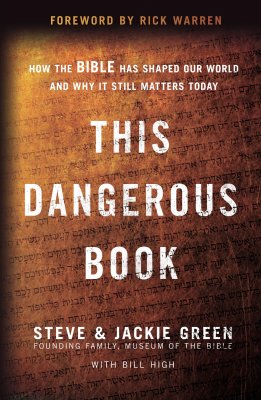 Explain what the title means.

How (and why) did you get the idea to build a museum dedicated to the Bible?

Steve Green: Actually, we had some other people bring us the idea of the museum dedicated to the Bible. They asked us to look at some buildings for them, and later we were able to buy a Bible artifact in 2009. Our intentions at that time, however, were to donate artifacts to a museum that someone else would develop. However, after a period of time passed, it became clear that the Lord was impressing upon us that our country needed a world class Bible museum and that it was our calling to undertake such a project. The Museum of the Bible (@museumofBible) officially opened its doors to the public on November 17, 2017.

Paint a picture of how the Bible came to be and how it has been passed down through the centuries to us.

Steve Green: I love that passage of Scripture in Romans 15:4 where it says, “For whatever was written in former days was written for our instruction, that through endurance and through the encouragement of the Scriptures we might have hope.” The story of the Scriptures coming together is a story in and of itself. From the earliest times, people wanted to record the story of the Bible whether on tablets, papyrus, scrolls, or elaborately decorated manuscripts. But even above recording the story, we’ve seen people who fought valiantly to bring the Scriptures to life for the common man to read.

Today we take it for granted that the Bible is in our language. We forget that the Bible used to not be available to the common man. It’s no wonder that TIME magazine recorded the number one event of the last 1,000 years was the Gutenberg printing of the Bible which made this book available in mass form to all people.

In the book you describe the Codex Climaci Rescriptus. What is it and why is it important?

Steve Green: The Codex Climacti Rescriptus represents a significant find in the artifact world. There’s little doubt that there’s a renewed interest in archaeology in our world today—to find the meaning and origins of things. The CCR represents one such example. To backtrack, ancient writers used tablets, then papyrus, then parchment as writing instruments. Parchment was often animal skins and when bound together could make a book—or “codex.” The CCR is one such book and each page contains multiple layers of writing—the top layer of manuscript has been added or written on the text beneath. Through new technology we can now begin to determine the content of the underlying text. And in the case of the CCR, most of the underlying text is in Aramaic, the language of Jesus.

How has the Bible shaped the world?

Steve Green: Wow! We have an entire chapter in This Dangerous Book dedicated to this very subject. There’s a few ways to answer the question. One is the way John answered the question in John 21:25: “Jesus did many other things as well. If every one of them were written down, I suppose that even the whole world would not have room for the books that would be written.” There’s just so much within the story of God—the story of Jesus—that the world doesn’t have room for all the books.

On the other hand, imagine a world without the Bible and it’s principles. We’ve seen some of that narrative described in Judges 21:25 where every man did what was right in his own eyes. There’s no question that great discoveries have been made, scientific principles, art created, music composed, wars fought, countries divided, fashion created, and lives changed—all because of this book all across the world.

What role did the Bible have in the founding of America? And in influencing our culture?

Steve Green: I suspect that few would know that at one point in America’s history Congress actually authorized the printing and payment for a Bible. That fact illustrates the high regard that the Bible was held in early American society. While not all of our early leaders were necessarily Christian, they held the Bible in high esteem. As a result, we see biblical ideas woven into the founding documents of our country like the Declaration of Independence and the Constitution. For instance, the Declaration of Independence explicity states “that all men are created equal, that they are endowed by their Creator with certain unalienable Rights…” This is a biblical idea stemming from the dignity of all people—Psalm 139:14—we are fearfully and wonderfully made.

What can people of other faith traditions learn by seeing biblical artifacts or reading the Bible?

Steve Green: If you can imagine the story of the world as a giant movie, to not have some understanding of the Bible—its story, its history, and its impact—would be like watching a great movie and removing part of the plot. It can’t be done. The real truth is that everyone regardless of faith tradition benefits from knowing and understanding these aspects of the Bible. It enhances one’s knowledge of literature, science, art etc. It’s difficult to read any classic work of literature for instance and not see biblical allusions.

What do you want to achieve with the Museum of the Bible?

Steve Green: Our aim with the Museum is pretty simple: we want all people to engage with the Bible. It’s not about a particular point of view or a faith tradition. We believe that all people will benefit from knowing the stories of the Bible, the history of the Bible and the impact of the Bible. Even well-known atheist Richard Dawkins was quoted in a June 2017 interview with The Telegraph as saying: “I think that it is an important part of our culture to know about the Bible; after all, so much of English literature has allusions to the Bible, if you look up the Oxford English Dictionary you find something like the same number of quotations from the Bible as from Shakespeare.” Similarly, in 2 Timothy 3:16, the Bible says of itself that it is “profitable for teaching, for reproof, for correction, and for training in righteousness…”

Steve Green: Psalm 1—this passage of Scripture reflects the tremendous promise of those who meditate on God’s Word.

Steve Green: I love using Bible Gateway as a resource for my Bible reading and study. When I want to find a Bible verse or do some study, it is often one of the first places that I go. It’s easy to use. And I hope that the Museum efforts will cause many to turn to Bible Gateway as a resource. In fact, one of the exhibits in the Museum is the “Bible Now” exhibit which will showcase how the Bible is being used, read, and shared through tools like Bible Gateway.

Steve Green: Isaiah 55:11 says, “So shall my word be that goes out from my mouth; it shall not return to me empty, but it shall accomplish that which I purpose, and shall succeed in the thing for which I sent it.” I believe that. I believe that if we put the Bible out there, the Bible will do its job. This Dangerous Book seeks to capture some of the unique history and story of the Bible that we’ve quite frankly forgotten about.

Bio: Steve Green serves as chairman of the board of Museum of the Bible. In this role, he has assembled a team of academics, designers, technology professionals and other experts to create the 430,000-square-foot Museum of the Bible, dedicated to a scholarly and engaging presentation of the Bible’s impact, history and narrative. He is also president of Hobby Lobby, the world’s largest privately owned arts and crafts retailer. Founded in 1972 by his father, David, in 300 square feet of retail space, the chain has grown to more than 600 stores. Along with its affiliated companies, Hobby Lobby employs some 30,000 people companywide. Today, Hobby Lobby and its affiliates (including Hemispheres and Mardel Stores, a Christian bookstore and educational supply chain) have combined sales of more than $3.3 billion.

Green is the author of This Dangerous Book, Faith in America, and The Bible in America. Green and his wife, Jackie, have been married for more than 30 years and reside in Oklahoma City, where Hobby Lobby is headquartered.

Get biblically wise and spiritually fit with Bible Gateway Plus. Try it right now!

Filed under Bible, Books, Interviews, Introduction to the Bible

Tagged as Bible, culture and the Bible, influence of the Bible