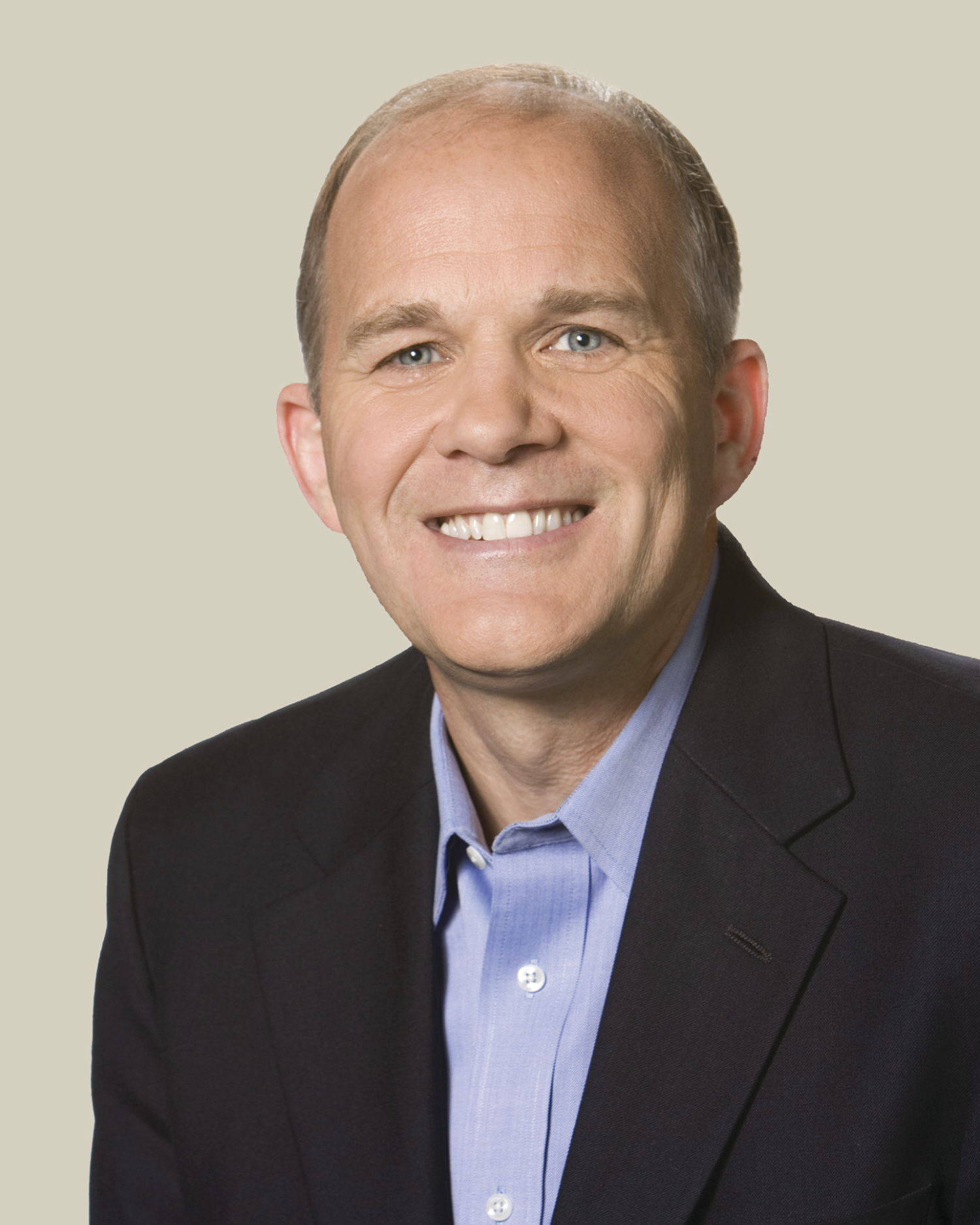 What if God’s primary intent for your marriage isn’t to make you happy, but holy? How should you consider your marriage to be more than a sacred covenant with another person? How is it that marriage is a spiritual discipline designed to help you know God better, trust him more fully, and love him more deeply?

[Read the Bible Gateway Blog post, The Most Important Thing for Our Children guest post by Gary Thomas]

Bible Gateway interviewed Gary Thomas (@garyLthomas) about his bestselling book, Sacred Marriage (Zondervan, 2015), winner of the K-Love 2016 Book Impact Fan Award. With over one million copies sold, Sacred Marriage has become a classic for married couples since its original release in 2000. Revised and updated in 2015, it continues to be a perennial bestseller, meeting the needs of today’s pre-married and married couples.

[Sign up for the free Sacred Marriage email devotional] 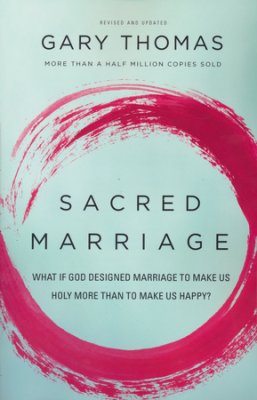 How do most people define a happy marriage? Why do you believe that’s a false promise?

Gary Thomas: The word happy has been re-defined over the past two millennia from a sense of well-being that proceeds out of character and wisdom, to today’s notion of happiness meaning “emotionally pleasant and continuous romantic feelings, combined with the absence of conflict.”

Pleasant feelings are wonderful and a gift from God, but what if their constant presence is unrealistic, and their occasional absence makes normally imperfect couples feel inferior? We know that infatuated feelings have a neurological shelf life of about 12 to 18 months. In fact, neurologists warn that when we’re infatuated we “idealize” each other—we relate to someone who doesn’t actually exist. Since intimacy is being fully known and accepted, we have to die to infatuation (which keeps us from being fully known) so that true intimacy can be birthed. 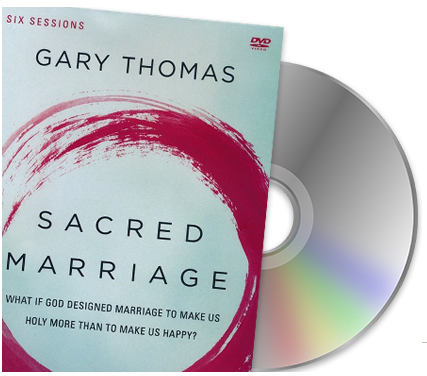 We also know that conflict can actually be a good thing; a process through which we draw nearer to each other and grow in our understanding of each other. Conflict—handled in a healthy way—reveals deep-seated feelings, desires, insecurities, and values. Resolving conflict isn’t fun, in the same way that lifting heavy weights isn’t necessarily “fun,” but both make us stronger in very different ways.

I celebrate happiness and thank God for happiness; it’s just that happiness, as our popular society defines it (as opposed to, say ancient philosopher’s definition) can’t be maintained. Happiness defined as a general sense of well-being that arises from being in a right relationship with God and others, can.

What is the romanticism projected by cultural entertainment and how has it impacted the church?

Gary Thomas: Romanticism elevates a certain aspect of relationship at the expense of higher qualities. Romanticism idealizes euphoria, celebrates the myth of “the one” as a human counterpart who fulfills us, and focuses on finding the right person instead of becoming a connected couple.

What unique challenges do you think today’s younger generation face in their marriages?

Gary Thomas: Selfishness is a major challenge. Our expectations for our marriage partners are so high that you risk running into the situation my senior pastor humorously calls “two ticks and no dog.” Hollywood has created this false sense of what a marriage and romance should be, rather than a realistic portrayal of what God created it to be. The highest end of personality is to be like Christ who said, “The Son of Man came not to be served, but to serve”—the death of selfishness! If I want to be more selfless, a “difficult” marriage is something I’ll learn to appreciate and even cherish. If I want to pamper my inherent selfishness, a difficult marriage is something I’m going to lose all motivation for.

More couples are waiting until they’re older to get married. Does this change what types of problems they’ll face in their marriages?

Gary Thomas: There are pluses and minuses. The pluses are that you’re more likely to make a wise choice with a greater understanding of who you are and what would constitute a wise match. Also, assuming a greater level of maturity, the level of unhealthy conflict should be lessened somewhat. On the other hand, the longer you wait to get married, the more difficult it is to break out of your routines. For some people, their new spouse ends up irritating them with tiny, “non-moral” issues like the way they squeeze the toothpaste, what direction the toilet paper hangs, what time they wake up or go to sleep—anything that differs from a routine they’ve come to know so well.

Why do you think marriage is supposed to do more than just make us happy?

Gary Thomas: Because happiness is a byproduct of a life faithfully lived. John Wesley said no one is truly happy who is not also pursuing holy, and that’s rather self-evident if you just take a look around you. Addicts aren’t truly “happy”—they have moments of pleasure, but much pain. People with out-of-control anger issues, materialistic hearts, or malicious tongues are never ultimately happy.

So we pursue holiness and wait for happiness. And pursuing holiness means pursuing the presence of God—which brings his fellowship, his empowering strength, his grace, his wisdom, his counsel.

I do believe marriage is an inherently difficult relationship—wonderful and enthralling and at times even rapturous, but still difficult. And the beauty behind the difficulty is that it makes me ever more dependent on God. Just like my wife kind of needs to keep me around to open tight jars, so we need to “keep God around” to learn how to love, to be kind, to forgive, to serve. The call of marriage seems beyond impossible at times, but that just points us right back to a God who supernaturally meets and empowers us.

How does the Bible define holiness?

Gary Thomas: Holiness is best defined as Christ-likeness. Even more, as being an open and receiving vessel for the ongoing presence of Christ—being loved, accepted and empowered by him to love, accept, and encourage others. This goes far beyond the mere remembrance or imitation of Christ, to abiding in the real, living, and ascended Christ.

How can marriage make people holy?

Gary Thomas: In the same way a gym can make people stronger: inviting God to stretch (and even create) “spiritual muscles” so that we can better give, forgive, love, serve, confess, be accountable, die to selfishness and pride, and become more sensitive and understanding.

How can marital sexuality provide spiritual insights and character development?

Gary Thomas: It invites us to explore what it means to serve by giving some of the highest forms of pleasure known in human experience. It offers the opportunity to selflessly give what you have (an imperfect body, for starters) rather than withhold what you’re ashamed of not having. It teaches us how to handle power (the power of being the only one who can meet a spouse’s particular desire) without manipulation or malice, but with generosity and kindness. It invites us to become radically vulnerable to another human being and thus experience some rather profound aspects of community. It teaches us to worship a God who is so kind and good that he invented something so simultaneously holy and intoxicating. It reminds us that God is a God who created and who celebrates pure pleasure. Sexuality also overwhelms us when it allows us to participate in the creation of another human being.

You wrote Sacred Marriage when you were 38. What have you learned about marriage since the book first released?

Gary Thomas: Because Sacred Marriage isn’t a “how to” book, it has held up fairly well. I combed the best of Christian classical literature to get at its root dimensions and purpose.

But now, having been married 31 years instead of 15, I have a greater understanding of the joys and intimacy that come from being joined in God. I have a greater passion for what it means to have a partner who is earnestly seeking first the Kingdom of God and His righteousness. It’s typical for many empty-nesters to call this season of marriage some of the richest years yet, and that’s certainly been true for us.

Because we’ve worked through many of the difficulties referenced in Sacred Marriage, I’m not sure I could write that book today—or, at least, it would read very differently. So I’m glad I wrote it when it did. It captures a certain season in marriage that we need to be honest about.

What I didn’t yet know when I was 38 was the full reward awaiting those who will press on to the “other side” of difficulty. It’s not that our marriage is even now always easy; it’s just that I didn’t realize how truly rich it can be. A sacred marriage is much better than even infatuation. 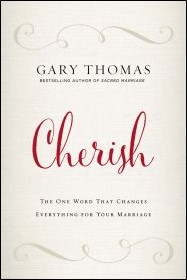 Bio: Gary Thomas is Writer in Residence (and serves on the teaching team) at Second Baptist Church, Houston, Texas. He’s the author of 18 books that have sold over a million copies worldwide and have been translated into a dozen languages, including Sacred Influence: How God Uses Wives to Shape the Souls of Their Husbands, Sacred Parenting: How Raising Children Shapes Our Souls, The Sacred Search: Couple’s Conversation Guide, Pure Pleasure: Why Do Christians Feel So Bad About Feeling Good?, and Every Body Matters: Strengthening Your Body to Strengthen Your Soul. A new book by Gary is Cherish: The One Word That Changes Everything for Your Marriage. He and his wife Lisa have been married for more than 30 years.