Blog / “Liberty or Death—One or the Other, I Mean to Have”

“Liberty or Death—One or the Other, I Mean to Have” 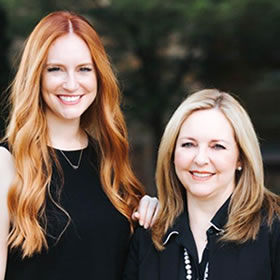 Editor’s Note: With the celebration of Juneteenth right around the corner, it behooves us to take a look at one of the heroes of the America Civil War—one who’s Christian faith compelled her to not only seek freedom for herself, but also to risk her life again and again to rescue others from the curse of slavery. Adapted from their new book Only One Life, authors Jackie Green and Lauren Green McAfee show how Harriet Tubman’s legacy of courage and self-sacrifice is worthy of emulation and lives on today in the lives of those who have taken up her mantle.

In 1822, Harriet Tubman was born into slavery. Like many slaves in that era, she was never exactly sure of her birthday, but she was sure about her relationship with God through Christ.

She attended church services at a nearby Methodist church. There she dedicated her life to God at an early age. Despite being beaten and whipped numerous times throughout her childhood, she kept the hope that she would one day escape. With that hope, she said plainly, “Liberty or death—one or the other, I mean to have.” As a Christian, she knew that either outcome would result in freedom.

In 1849, around the age of 27, Tubman made good on her vow and fled to Philadelphia, 150 miles to the north. However, she could not enjoy her newfound freedom knowing that so many relatives and loved ones remained in bondage back in Maryland. She immediately began leading rescue parties back to eastern Maryland. Tubman made six such heroic missions into Maryland. She believed the Spirit of God guided and helped her as she carried out these incredibly dangerous rescues, instructing her about which routes to take, where to hide, and when to keep moving. The people she led safely to freedom believed it too. She took pride in saying she “never lost a passenger.”

She continued to guide groups of fleeing slaves northward into Canada via the Underground Railroad until the outbreak of the Civil War. At that point, she attached herself to the Union Army, first working as a cook and a nurse, and eventually as an armed scout and spy. Tubman soon became the first woman to lead an armed expedition in that conflict. She guided the famous raid at Combahee Ferry, resulting in the liberation of more than 700 slaves.

The people she rescued called her “Moses,” for obvious reasons. Yet her commitment to helping the oppressed continued long after slavery as an institution ended in this nation. Tubman founded a home in Auburn, New York, to care for elderly and sick people without families. Virtually penniless, she spent her final years as a resident in one of the very homes she had established years earlier. She died in 1913 at the age of 92, poor yet with a rich legacy of people she had rescued. 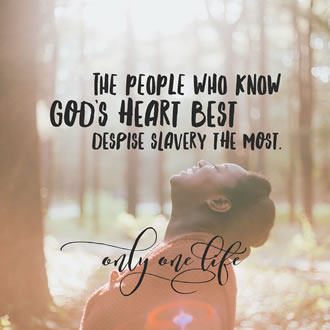 The Living Legacy of Rescue

It is easy to read these words and consider Harriet Tubman’s legacy finished—a thing of the past—yet it lives on in remarkable, undeniable ways. After emancipation and the Civil War, many of the families and individuals rescued by Tubman over the years settled in the community of Auburn in upstate New York, and today you’ll find Harriet Tubman’s legacy residing all over the northeast United States and eastern Canada. It is quite literally a living legacy. The descendants of slaves she rescued and led to freedom number in the thousands.

One such descendant, Tina Wyatt, attended the March 2017 opening of the Harriet Tubman Underground Railroad National Historic Park Visitor Center. The historic visitor center is located on the grounds of Blackwater Wildlife Refuge in Cambridge, Maryland. That overcast spring day, Wyatt stood at the edge of the swamp, looking out over the labyrinth of salty tidal wetlands, marshes, rivers, dense forests, and a few open fields. She thought of her great-grandmother, Anna Marie Stewart, who generations ago trudged through that very swamp on her way to freedom. Stewart had been picked up by one of Tubman’s rescue parties, and she followed them through snake-infested lands under the cover of darkness until they reached the safety of the north. Because of Tubman’s commitment to rescuing fellow slaves and because of Stewart’s willingness to risk everything to escape bondage, Wyatt could stand on the edge of the swamp 150 years later as a free woman.

Tubman to Stewart to Wyatt. Wyatt was just one of several descendants of these rescued individuals in attendance to witness the opening of the visitor center. That is the power of the legacy of rescue. Tubman never saw the thousands of descendants whose lives she was changing, yet today they live on as a monument to her boldness. Sometimes God gives us a glimpse of the impact of our rescue. And sometimes, although we may never see the influence we have on other people’s lives, their descendants will, and they will thank us for it.

The impulse to be free seems to be hardwired into the human soul. God never intended for one human to dominate or own another. Sadly, after the fall of mankind, slavery spread across the planet like a virus. Just as slavery was not present before the fall, it will not be present at the end, and in Christ its injustice will be set right. Whenever we reject God, enslavement and bondage arise. The liberating power that Jesus Christ unleashed on the world in the first century has proven to be the most potent force the world has ever seen for rescue.

Jesus cited this as a central part of His mission when He chose to read a passage from chapter 61 of Isaiah in a synagogue one day:

The Spirit of the Lord is upon Me,
Because He has anointed Me
To preach the gospel to the poor;
He has sent Me to heal the brokenhearted,
To proclaim liberty to the captives
And recovery of sight to the blind,
To set at liberty those who are oppressed;
To proclaim the acceptable year of the Lord.
—Luke 4:18–19 (NKJV)

When Moses rejected his adoptive Egyptian identity (see Exodus 2:11-12), embraced his Hebrew lineage, and received God’s command to free the Israelites (see Exodus 3), the idea of slavery became repulsive to him. And the end of institutionalized slavery in the English-speaking world began, in large part, through the preaching and campaigning of individuals such as William Wilberforce, Hannah More, and other like-minded Christians in Great Britain. We know that Wilberforce’s view of slavery as an extreme evil to be eradicated from civilization came into focus only after he became a committed Christian. Then, as now, it seems to be the people who know God’s heart best who despise slavery most.

The Fight for Rescue Continues Today

While some people may view slavery as an artifact of history, it remains alive and well in our world today.

On the eve of the Civil War, the total slave population in the United States was roughly four million souls. An appalling number to consider. Nevertheless, conservative estimates suggest that today there are somewhere between 20 million and 30 million enslaved individuals in the world. The majority of these people suffer in developing or totalitarian nations, with no hope of having a life they can call their own. It is a shocking fact, however, that as many as 60,000 people in the United States are effectively owned by someone else. This ought not be so in a place described as the land of the free.

Slavery in the US looks different now than it did 150 years ago, but it still exists. Today it is commonly called human trafficking. Traffickers sometimes lure immigrants to the US under the promise of a better job. When this “better job” turns out to be forced labor, the immigrants feel they can’t leave, since the traffickers often charge exorbitant travel fees or withhold work visas to keep the immigrants dependent. Slavery also happens to people born in the United States. Teens who have run away from home can be picked up by a trafficker (or pimp) and forced or coerced into prostitution. Or a man who poses as a boyfriend turns out to be a trafficker, forcing a woman into prostitution and threatening her and her family if she tries to leave. And sadly, sometimes a child’s own family members will sell the child for sexual exploitation. However slavery occurs, the result is a person who needs to be rescued.

Worldwide, modern-day slavery exists in several forms, including forced labor, bonded labor, involuntary domestic servitude, the abduction of children for use as soldiers, and sexual slavery. Of course, all forms of human bondage are an abomination and antithetical to the revelation of God’s character given to us in Jesus Christ. However, sexual slavery and the human trafficking machinery that feeds this monster’s insatiable appetite represent an especially dark form of the world’s oldest and vilest institution.

Fortunately, we have many Harriet Tubmans among us in our day. Let us join with them, as Chrstine Caine’s A21 ministry’s mission says, “To abolish slavery everywhere, forever.” 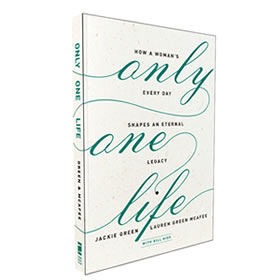 Adapted from Only One Life: How a Woman’s Every Day Shapes an Eternal Legacy by Jackie Green and Lauren Green McAfee. Click here to learn more about this title.

Life keeps us running so fast and frenzied that we often lose sight of each day’s holy potential. Yet as a woman loved and called by God, your ordinary everyday matters more than you could possibly imagine.

Your choices today shape the legacy you leave for future generations. You are part of a story that has existed long before you and will long outlast you. And you can play a unique and irreplaceable role.

In Only One Life, mother-and-daughter team Jackie Green and Lauren McAfee invite you to join the company of women God is using to change the world. Through vivid portraits of women of the Bible, women of history, and women shaping the world today, you will discover how God multiplies seemingly small daily offerings of faithfulness. Come and see your own story reflected in the lives of women such as:

Building a legacy through your “only one life” is not a calling for the elite few. It is a calling for you—as a woman with unique capacity to shape the future through your faith, family, gifts, and leadership. Only One Life will encourage and empower you to develop grit, grace, and the long view—able to change your world forever—starting today.

Jackie Green, co-founder of Museum of the Bible, is a full-time homemaker who relishes her roles of wife, mother to six children, mother-in-law, and “Gigi” to four grandchildren. Married to her high-school sweetheart, Steve, Jackie actively supports him in his high-profile role as president of Hobby Lobby and chairman of the board of Museum of the Bible. An adoptive mom, Jackie served on the Advisory Board of a local Crisis Pregnancy Center and has worked with her family in orphanages worldwide. Although she is a world traveler, her favorite place is with her family.

Lauren Green McAfee is a speaker, writer, connector and coffee enthusiast with a heart to engage others in the Bible. While pursuing her graduate degrees in pastoral counseling and theology, Lauren worked for her father Steve Green as he founded Museum of the Bible in Washington, DC. Today Lauren works for Hobby Lobby as Corporate Ambassador, and is pursuing a PhD in Ethics and Public Policy at Southern Baptist Theological Seminary. Lauren and her husband Michael live in Oklahoma City, Oklahoma. Connect with Lauren at www.laurenamcafee.com.