Blog / The Drama Surrounding Paul: An Interview with N.T. Wright

The Drama Surrounding Paul: An Interview with N.T. Wright 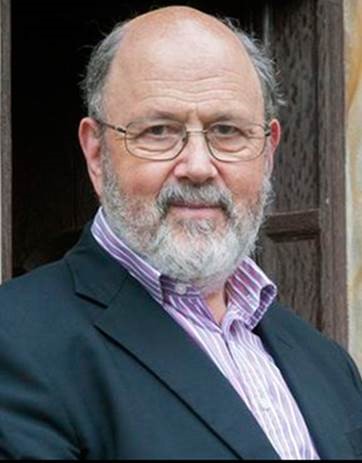 Have you considered how radical the apostle Paul was in his life and teaching and the extreme unlikelihood of what he achieved? He was a fervent Jewish leader and yet he is central to any understanding of earliest Christianity. His effective legacy and intellectual influence cannot be complete without an understanding of his Jewish heritage.

[Browse books by NT Wright in the Bible Gateway Store] 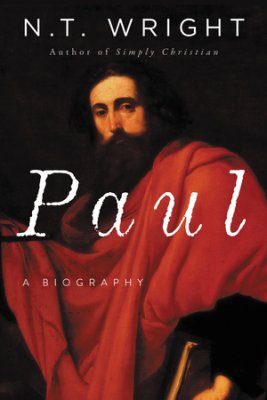 Briefly describe who Paul was and the importance of his writings in the Bible.

N.T. Wright: Paul was a first-century Jew, slightly younger than Jesus. He became a follower of Jesus, believing him to be Messiah, after seeing Jesus alive after his death (Acts 9). Putting together his lifelong loyalty to the One God of Israel with his devotion to Jesus as Messiah and Lord, and blessed with an extraordinary energy and gift for words, he travelled through Turkey and Greece, and eventually to Rome and perhaps further still, telling Jews that Jesus was their Messiah and Gentiles that Jesus was their Lord. He urged them (and other unlikely groups too, such as women and men together and slaves and free) to worship as a single family and to live the newly-human way of life which Jesus launched in his resurrection and enabled by his spirit.

Paul’s writings are the earliest evidence we have for the Christian movement, and they’re vital not only because of what they teach but because of how they teach. Paul wanted people not just to think new thoughts, but to think (and pray and live) in a new way. That challenge is as vital today as ever.

[See the online learning course Who Was Paul? An Introduction to His Life and Letters taught by Robert H. Gundry]

What was the context of the time in which Paul lived?

N.T. Wright: The Roman Empire covered all the world which Paul traveled; Greek thinking and culture was likewise widespread; Jews had dispersed around the world (though still with a solid base in Jerusalem). Paul, a devout Jew, brought up in Tarsus (one of the main centers of ancient philosophy), a citizen of Rome, straddles the three cultures and exploits them to serve the message of Jesus.

How unusual is it that Paul, steeped in Jewishness, set the foundation for Christianity?

N.T. Wright: From one point of view, ‘unusual’ isn’t putting it strongly enough: as he says, Jews regard the gospel as scandalous (1 Corinthians 1:23). From another point of view, Christianity is simply ‘fulfilled Judaism’, since it’s based on Israel’s scriptures (1 Corinthians 15:3) and claims that they’re fulfilled in Israel’s Messiah who is the world’s true Lord (Romans 1:1-5). That’s the paradox of Paul.

[Read the Bible Gateway Blog post, The Apostle Paul’s Backstory: An Interview with Jerry B. Jenkins]

How did Paul come to be such a world changer?

N.T. Wright: Paul had the energy, focus, and relentless determination that we associate with successful political campaigners (who won’t take ‘no’ for an answer) or people who set up non-profit organizations to work for some great cause. He must have been an exhausting companion; but at the same time he was obviously exhilarating. He could hold a crowd spellbound for hours. He was a loving and caring pastor to individuals. He set a great example (working with his own hands to support himself, and modeling the new way of being human).

But none of this would have had the effect it did had he not also had extraordinary intellectual gifts. Fluent in Greek as well as Hebrew and Aramaic, he knew his Bible inside-out, and had thought through in depth the ways in which the fact of Israel’s Messiah being crucified and raised from the dead had transformed the hope of Israel. He could face any question, any puzzle large or small, and bring to bear on it both a deep-rooted scriptural wisdom and a prayerful and loving pastoral heart. It’s a great combination.

N.T. Wright: The message of Jesus hasn’t changed; it challenged and shocked people in the first century as much as it does today. But our problem is that we often assume we know ‘what Christianity is,’ subtly ignoring all sorts of features of Paul’s message which were basic for him. For example, most western Christians still think their goal is ‘going to heaven,’ which Paul never says. For him, Jesus will come back to transform this world, and us with it. That’s one of the biggest challenges. But that’s not a clash between first and 21st century, but between the real biblical message and the distortions people have subtly introduced down the years.

What do you mean when you write that Paul was a contextual theologian?

N.T. Wright: Paul had a rich ‘home base’ of biblical knowledge and theological understanding. But none of his letters was written to say ‘here’s what I believe’ in a systematic way. Even Romans, which looks like that a bit, is in fact directed to a very specific situation in the Roman churches, as chapters 14 and 15 indicate. Ephesians is probably a ‘circular’ to various churches in western Turkey; but even there, there are particular issues to be faced, not least the question of hostile spiritual ‘powers.’

Why was Paul arrested; how long was he imprisoned; and how did that experience influence his writings?

N.T. Wright: I think it’s clear that Paul was imprisoned in Ephesus, but we don’t know what the charge was or how long he spent ‘inside.’ He was thrown into jail other times – Philippi, for instance (Acts 16) and Caesarea (Acts 23-26, though the latter was as much protective custody as anything.

Paul would have said that he was bound to face punishment, since he was announcing Jesus as ‘Lord’ in a world where Caesar was ‘Lord;’ and people who didn’t understand how the gospel actually worked were constantly suspicious that he was destroying their culture. We can see in 2 Corinthians 1 that when he reflects on his time in Ephesus (including imprisonment and perhaps torture), it has changed him profoundly. I think that was a time when his life of constant prayer had to go much deeper than before, coming up with some of the astonishing insights and poetic expression that we find in, for instance, Philippians 2:6-11 and Colossians 1:15-20.

How should a person read your book in conjunction with reading the Bible?

N.T. Wright: I hope people will enjoy getting into Paul’s world—and indeed, inside his mind and heart—and then discovering the ways in which his letters are not just ‘essays’ or ‘treatises’ on this or that topic—detached from real life as it were—but are actually the vital things that he needed to say to this congregation at this particular moment. So I hope that readers will be able to shuttle to and fro between the picture I’m painting and their own reading and study of Paul’s letters—and of course the Acts of the Apostles where parts at least of his story are told.

What is the overriding challenge of Paul for Christians?

N.T. Wright: If Paul could see the Western church, the biggest shock for him would not just be the fact that we’re radically divided—tens of thousands of Christian ‘denominations’ in the USA alone, let alone around the world!—but that we don’t seem to think it matters! Every letter Paul wrote he stressed unity and/or reconciliation between different Christian individuals and groups. Within that, of course, there are plenty of other challenges, notably to holiness. But unity is massive—and massively—ignored today.

What do you hope to accomplish in the lives of the readers of your book?

N.T. Wright: My hope is that readers will find themselves understanding what it was really like to be an early Christian—not least to be a devout Jew who became a follower of Messiah Jesus. The more we feel that from the inside, the more our reading of the New Testament—and our love, our prayer, our following Jesus ourselves—will be enhanced.

N.T. Wright: I love 2 Corinthians 5:21: God made the Messiah to be sin for us, who knew no sin (that is the glorious truth of Jesus standing in our place)—so that we might become—that is, might embody and live out—the covenant faithfulness of God. Paul is writing here about his own apostolic ministry, though the words apply to all Christians as well. He goes on at once, at the start of chapter 6, to quote Isaiah 49, one of his favorite passages, in which the prophet says ‘I have given you as a covenant to the peoples’: Paul saw himself as an under-Servant—following and obeying Jesus as the Suffering Servant—entrusted with taking forward the covenant purposes of Israel’s God for the whole world.

N.T. Wright: Anything that gets people reading and studying the Bible has my vote.

N.T. Wright: We’re always in danger of thinking of Paul as a ‘religious’ figure or teacher. That’s how modern western culture wants to pigeonhole him (and Jesus, too, for that matter). That is quite wrong.

Paul was a leading public intellectual, articulating a different vision of what life could and should be like, expounding the remarkable basis on which it stood firm (the unique achievement and person of Jesus himself), and founding and maintaining cells of people (‘churches’) loyal to Jesus ahead of all others; Caesar included.

Of course, what we think of as ‘religion’ (prayer, worship, etc.) were central. But for Paul it was a total way of life. And we must remember that when we think about Paul (over against, say, the other ‘religions’ of his day, including his native Jewish way of life) we’re not actually looking at ‘comparative religion.’ For Paul it was—to use technical language—about messianic eschatology. In other words, Jesus had been raised from the dead and thereby designated as Israel’s Messiah and the world’s true Lord. Either that was true or it wasn’t. Paul staked his life on the belief that it was.

There is a course on Paul: A Biography coming soon as part of the online material at ntwrightonline.org.

Bio: N.T. Wright, one of the world’s leading Bible scholars, is the chair of New Testament and Early Christianity at the School of Divinity at the University of St. Andrews, an Anglican bishop, and bestselling author. Featured on ABC News, The Colbert Report, Dateline, and Fresh Air, Wright is the award-winning author of Simply Good News, Simply Jesus, Simply Christian, Surprised By Hope, How God Became King, Scripture and the Authority of God, Surprised by Scripture, and The Case for the Psalms, as well as the translation of the New Testament The Kingdom New Testament (read it on Bible Gateway) and the much heralded series Christian Origins and the Question of God.

Learn more about Paul and other biblical characters by becoming a member of Bible Gateway Plus. Try it right now!