Christian Faith and Mental Health: An Interview with Sheila Walsh 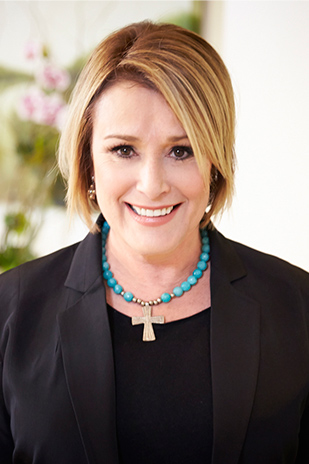 How can the spiritual disciplines of confession, prayer, and Scripture meditation form a daily connection to Jesus to help women in their mental health struggles?

In the following question-and-answer, Sheila Walsh (@SheilaWalsh) talks about her book, In the Middle of the Mess: Strength for This Beautiful, Broken Life (Thomas Nelson, 2017).

[Read the Bible Gateway Blog post, Quiet Time for Your Soul: An Interview with Sheila Walsh] 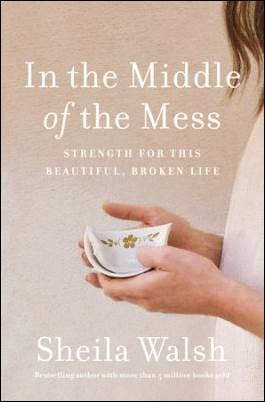 You write openly about your father’s and your own mental health struggles. Why did you decide to be so vulnerable in your book?

Sheila Walsh: When I was hospitalized in 1992 with severe clinical depression I thought I was the only one. I didn’t know of one other Christian struggling with any form of mental illness. What I didn’t know then was that there are thousands and thousands of men and women who love God yet are struggling alone, in silence, full of shame. This has to end. It’s time to shine the brightest light into the darkest corners of the church. I chose to write so openly now because I began to realize that many people who watch me on television or hear me speak at an event imagine that depression is part of my past rather than the reality that it’s an ongoing daily challenge. 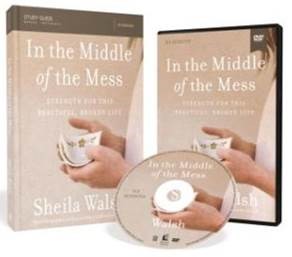 What do you mean “it’s okay not to be okay”?

Sheila Walsh: We live in a culture of quick fixes. We want to feel better and we want to feel better now. I believe that’s why many turn to alcohol and drugs because they want to numb the pain of life. In my life I have a choice. I can sit with my depression and look at Jesus or I can sit with Jesus and look at my depression. What I mean by that is I can focus on what’s broken and wonder where God is or I can sit in the companionship of Christ who suffered for us and worship him in the middle of the mess. That gives my pain meaning and context. 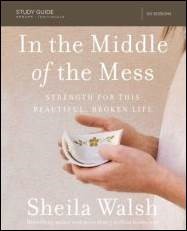 The Psalmist David wrote, “The Lord is close to the brokenhearted; he rescues those whose spirits are crushed” Psalm 34:18 (NLT). God doesn’t run from us when we’re hurt and in despair; he moves close.

Until we see Jesus face to face we’ll live with brokenness and yet we look to the day that John saw in his Revelation, “He will wipe every tear from their eyes, and there will be no more death or sorrow or crying or pain. All these things are gone forever” Revelation 21:4 (NLT).

How have you come to understand “the hellish dance between depression and spiritual warfare”? 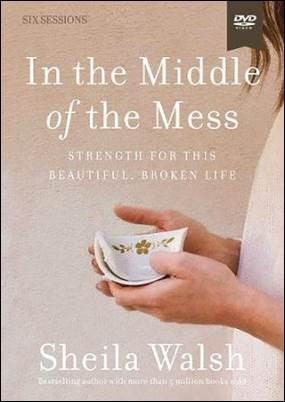 Sheila Walsh: Some view mental illness as a purely spiritual issue and deny the need for medication or other forms of treatment. Others view it as an illness with no spiritual aspect. I believe it’s a combination of both.

As Christians we know that we have an enemy. Paul writes that, “We are not fighting against flesh-and-blood enemies, but against evil rulers and authorities of the unseen world, against mighty powers in this dark world, and against evil spirits in the heavenly places” Ephesians 6:12 (NLT). We also know that he’s a liar and the accuser of God’s children (1 Peter 5:8; Revelation 12:10).

When depression or suicidal thoughts weigh heavily, the hardest thing to do is to fight. My battle weapons are the Word of God, meditation, confession, community, and worship. But each evening I take my medication with a prayer of thanksgiving that God has provided this kind of help for those of us who need it.

How has Scripture ministered to you in your need through the years?

Sheila Walsh: As a child my mum taught me to commit God’s Word to heart. I’m so grateful that in my darkest moments I can reach down inside and pull up verses I’ve rested on for years.

I found my first night in a psychiatric hospital terrifying. My dad was committed to a psych ward when he was in his early 30s and it was there that he took his own life. As I sat in the dark, in the corner of my room that night the Scripture that came to mind was Psalm 27:1 (ESV) —
“The Lord is my light and my salvation; whom shall I fear?
The Lord is the stronghold of my life; of whom shall I be afraid?”

God’s Word is a stronghold in the fiercest storms.

How should people experiencing depression or suicidal thoughts approach the Bible?

Sheila Walsh: God’s Word is a book of life! It’s a love letter from a Father to his children. During our darkest nights we can find great comfort in the Psalms. I’ve learned to pray them out loud. David didn’t pretend to be okay when he was struggling. He cried out honestly—at times bitterly—but then he would remind himself of the goodness and faithfulness of God (Psalm 18, 34, 91).

If depression has been viewed as a taboo subject in the church, then suicide and suicidal thoughts are the darkest secret of all. Talking about it doesn’t make it more real or powerful; it brings it out of the shadows into the light and love of Christ. In his letter to the church in Galatia, Paul encouraged the believers to, “Bear one another’s burdens, and so fulfill the law of Christ” Galatians 6:2 (ESV). The word he uses for burdens is the Greek word meaning a ship’s load. Some burdens are too heavy to be carried alone.

What is secret shame that overcomes some people and how does the love of Christ push through it?

The love of Christ tells us that we’re accepted; that we belong. When Jesus encountered the woman at the well in Samaria in John 4, he made it clear that he knew her story: she’d been married five times and was now living with a man. He didn’t do that to shame her but to let her know that she didn’t have to hide anymore. He said that the time was coming, and was in fact here, when those who worship will worship in spirit and in truth. The word for truth is alétheia which means with nothing hidden. We’re invited to come as we are. We worship in spirit with nothing hidden.

How has the evangelical church become more sensitive to mental health issues in the last few years?

Sheila Walsh: I think we’ve come a long way in the last few years. God has used devastating losses like the suicide of Rick and Kay Warren’s darling son, Matthew, to wake us up to the reality of how pervasive mental illness is. In the past year I’ve spoken at several conferences on mental illness and the church. We have a long way to go but we’re on the road.

What do you want your book to achieve in the life of its readers?

Sheila Walsh: Primarily I want my heavenly Father to be glorified. I’m alive today because of the love and faithfulness of God. I also want others who live with mental illness to know that they’re not alone. As well as the book, I’ve prepared a six week DVD Bible study and study guide diving deeper into the spiritual disciplines of prayer, study, meditation, confession, community, spiritual warfare, and thanksgiving. We can’t know the will of God if we don’t know the Word of God.

Sheila Walsh: I love the book of Romans. It’s such a complete theology. I particularly love Romans 8 which begins with no condemnation and ends with no separation. Hard to beat that!

Sheila Walsh: I LOVE Bible Gateway and the Bible Gateway App. I use them every day. If I want to pull up a Scripture quickly and I don’t have my Bible within reach, I can always pull it up on the App. I’ve also used several of the daily devotion plans. Love them!

Bio: Sheila Walsh is a powerful Bible teacher and bestselling author from Scotland with over 5 million books sold, including 5 Minutes with Jesus: A Fresh Infusion of Joy and The Longing in Me. Her international ministry has reached more than 5.5 million women by combining honesty, vulnerability, and humor with the transforming power of God’s Word. Calling Texas home, Sheila lives in Frisco with her husband, Barry, her son, Christian, and three little dogs. You can reach her at braveheartsisterhood.com.

Get biblically wise and spiritually fit with Bible Gateway Plus. See how.