Blog / Being the Strong Father Your Children Need: An Interview with Meg Meeker, MD

Being the Strong Father Your Children Need: An Interview with Meg Meeker, MD 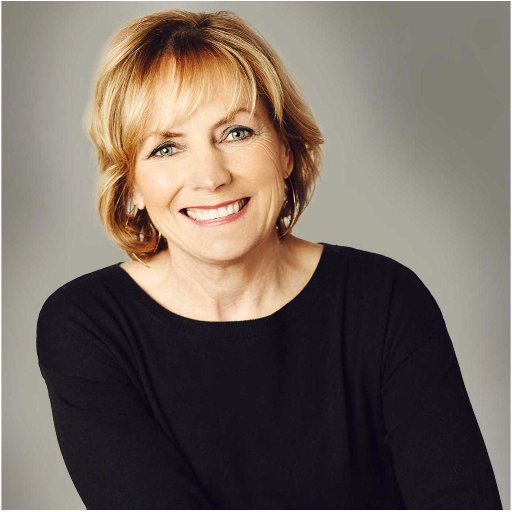 Does society undervalue fatherhood? When men are defined primarily by their professional accomplishments, where does that leave their approach to parenting? How can being a strong, active dad be a man’s greatest triumph? 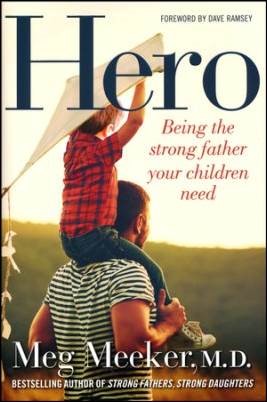 How does the Bible portray God as a role model for fathers?

Meg Meeker, MD: God is serious about fathers and the influence they have on their children, the culture and the survival of humanity. However, we’re living in a culture that doesn’t like fathers very much. Media portrays them as idiots who hog TV remotes, need correction by snarky 11-year-olds, and who serve as fodder for comedians. In many ways, God knew that today was coming. So we, who love him, need to be about the business of building up every father, everywhere.

What role should the Bible play in the development of strong father characteristics?

Meg Meeker, MD: Committing yourself to becoming a strong father can be tough, but it’s 100% worth the effort. One of the best places to look for inspiration is in the Bible: start to study God the Father. How does he speak and make you feel, and what does he promise? Then, mimic him.

When a father mimics God’s behavior to his children successfully, the child learns to trust him, feel loved by him, and draw close to him. As the child grows and learns that the word “father” is wonderful, he’ll far more easily open his heart to God the Father.

How do you define a “Hero” dad?

Meg Meeker, MD: Young children have knowledge given by God that their fathers are different from their mothers. Fathers sound, smell, and feel different from their mothers. A child sees a father as having an authority that his mother doesn’t. You know this because you were a child and knew that your mother was the safe person who would always be there, always love you, and would not leave you. Most children—even children who have disappointing mothers—believe that this is the way life should be. A child looks to a father as one who will protect, love, and defend him, and when a father tells him that he’s capable, he knows in the deepest part of his being that he’s capable. Fathers are their child’s hero because they see him as one.

One other thing to be acutely aware of: fathers, you share your name with God himself. God shares his because he loves men not just because they’re human, but because he loves fatherhood. He hand-picked men to be dads. Of course, God values mothers, but he calls men to be something different to their children.

God carries authority. Fathers carry an unmatched authority in their children’s eyes. We see God as the most powerful, wise, intelligent, caring being in the universe. We see him this way not only because this is who he claims to be, but because we have the perspective of a child. Our children see their fathers as wise, strong heroes. Fathers may not feel like they’re heroes, but make no mistake, children see their fathers as heroes just as we see God our Father as our everything.

You write that daughters and sons need different things from their fathers. Explain.

Meg Meeker, MD: Any person who grew up with a father and mother understands and embraces the stark differences between mothers and fathers. Children need fathers to provide things their mothers can’t and vice versa.

For instance, daughters need to know their fathers love them enough to protect them; give them affection and approval. After listening to thousands of teen girls over 30 years, I’ve learned that the overwhelming majority of girls need male attention and affection, and when they don’t get it from their dads, they’ll go anywhere to find it—even if the attention is harmful. Girls may receive plenty of attention from their mothers but if their fathers ignore them, their self-esteem plummets.

Similarly, boys need different things from their fathers than from mothers. While we hear of dying men crying out for their mothers, we all know men in their adult years who still seek approval from their fathers—even if those fathers have died. The drive for a father’s approval, affirmation, and affection is powerful and primal because it’s placed by God. Great mothers can express these things, but to a child, they’re different. Not less important or more, just different. Since this is a need that God created in children, we have an obligation to honor it.

What do you think God expects from fathers?

Meg Meeker, MD: Every good father wonders what God expects of him and what his children need from him. Here’s the good news: neither wants perfection. Each simply wants a father to get the big stuff right.

God equips fathers to express deep love to their children. He doesn’t care how much money they make, what sports they sign their kids up for, or how much stuff they give them. Kids want their hero dads to love them like crazy, to let them know that they believe in them, and they cherish them like God cherishes them. Hard to believe that being a hero is this simple but it is.

Think about your own father. What did you really want from him? God placed those needs in your child heart and those are the needs your child has for you, their dad. When a father meets these needs, they cover all sorts of mistakes. So, fathers should take heart; great parenting is simpler than you think, but it is hard.

How can fathers lead their children in a godly manner?

Meg Meeker, MD: Many fathers coach their children in their sports, academics, and other activities, and this is good. But there’s a difference between coaching and leading.

Coaches tell kids what to do and cheer from the sidelines. Leaders walk in front of children and show them the way to live well.

Paul did this. He exhorted friends to do what he did. He was more interested in people watching and mimicking him than in paying heed to his words because he knew words hold less power than actions. He spoke the truth, lived with integrity (didn’t lie, steal, cheat; and he respected others) in front of others and asked them to follow. This, I believe, is the charge that God asks of fathers in their homes. God cares more about a father’s character than his performance and that, as a believer, is wonderful news. That’s why God gave us Paul: to show us again that living great character before people changes lives more potently than pushing them to perform.

What are practical ways that dads can show up for their kids?

Meg Meeker, MD: Fathers hold power in their children’s lives. The question isn’t whether fathers influence their children; the question is: will that influence be for good or for ill? That’s up to each father. Where does a dad begin? Again, it’s simple. Here are a few ways to get you started:

Meg Meeker, MD: God cherishes fathers and this is clear throughout the Old Testament and the New. Our culture shames them and this sentiment infiltrates even professional parenting advice. That’s why we who love God and serve him must always seek his truth in the Scriptures on all important issues—especially in areas as important to God as raising children. That’s why, as a professional and Christian, I appreciate the work of Bible Gateway so much!

Bio: Meg Meeker, MD, has spent over 30 years practicing pediatric and adolescent medicine and counseling teens and parents. Dr. Meeker is a fellow of the American Academy of Pediatrics and serves on the Advisory Board of the Medical Institute. A popular speaker and bestselling author of such books as Hero, Strong Fathers, Strong Daughters, The 10 Habits of Happy Mothers, and Boys Should Be Boys, she works with the NFL Fatherhood Initiative and is a co-host of Dr. James Dobson’s program Family Talk. Dr. Meeker lives and works in northern Michigan, where she shares a medical practice with her husband, Walter. They have four children.