Discover Your True Identity: An Interview with Songwriter Matthew West 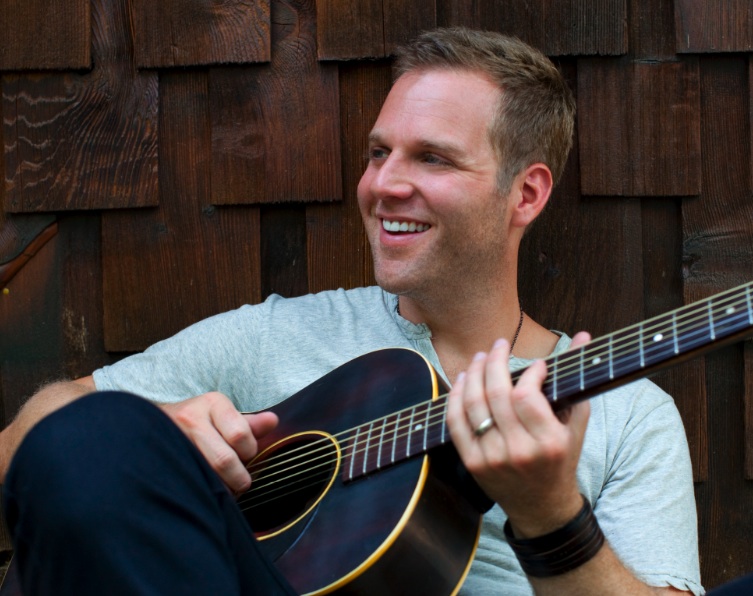 Are you struggling to find your true identity? Have you been damaged by somebody’s hurtful words? What does the Bible say about your identity not being found within, but through Jesus Christ?

In your new book, you discuss the importance of finding personal identity in God, rather than in the things of this world. What have you discovered about your own identity through the writing of Hello, My Name Is? 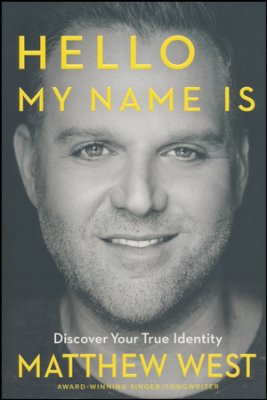 Matthew West: From the start, I told myself that if I hoped to write a book that helped people to take a good look at some of the names that have been written on their nametags, I would need to do the same. I had to write this book from a place of authenticity, even vulnerability, being willing to let God show me areas of my life that have been incorrectly shaped by false identities I’ve allowed to hang around for too long. In the book, I talk about some of those names that were revealed to me—names like “Pretender, Control Freak, Insecure,” and the list goes on. I truly felt like, ‘if this book is helping me, then it’s going to help someone else.’

I hope people feel that honesty in these pages and are freed up to take the same honest look at their lives, then ask God to show them how His truth about us differs from those false identities we’ve been handed throughout our journeys.

I love David’s prayer, “Search me, God, and know my heart…” (Psalm 139:23). I prayed that a lot while writing this book. “God, search my heart and my life, reveal to me any areas of my life that you want me to see, any identities you want to show me, and help me dare to believe that your grace has erased them once and for all.”

Hello My Name Is is also the name of a song you wrote and recorded several years ago. Talk about what inspired the song and how the song inspired you to write this book.

Matthew West: I’ve noticed that most authors who are pastors or speakers write books whose message is derived from a sermon series they did at their church. I guess my process is similar except that instead of a sermon, the genesis of the idea is found in the form of a three-minute song. And many of my songs have been inspired by the true stories and testimonies of people who’ve written to me from all over the world. I’ve collected over 40,000 stories and counting.

One of those stories is about Jordan, who wrote to me and shared his powerful story of addiction. The first sentence read, “Hello, my name is Jordan and I’m a drug addict.” He went on to tell me that he grew up a good preacher’s kid. He then went on to college and became an All-American athlete, but after suffering a season-ending injury, he felt lost and found a new, unwanted identity thanks to the prescription pain medication he had been given. After two failed drug tests, Jordan was kicked out of school. As a last resort, he agreed to enter into Teen Challenge, a Christian drug recovery program for an entire year.

He shared with me how difficult that time was but that God radically changed his life by showing him some things about where he’d been finding his identity. He told me that he realized that he’s not defined by his successes OR his failures, but he is who God says he is.

Today, Jordan is a husband, father, high school coach, and an all around awesome guy whom I call a friend. The last sentence of his letter said, “Hello, my name is Jordan and I am a child of the one true king.”

In what ways does the Bible talk about a person’s identity?

Matthew West: I love 1 John 3:1: “See what great love the Father has lavished upon us, that we should be called children of God! And that is what we are!”

To be called a child of God—a child of the “one true king,” as Jordan put it—there is no greater distinction. I love the final sentence of that Scripture with that emphatic exclamation mark. What a powerful assurance. Right here, right now, in this very moment, no matter how good or bad you feel about yourself, you’re a beloved child of God. Throughout Scripture, God is conveying this message. He made you, he loves you, he pursues you, he’s not done with you, and he’s called you his child.

The subtitle of your book is Discover Your True Identity. What are people’s “false identity” and how can they determine their true identity?

Matthew West: A false identity is any lie that contradicts our God-given identities through Scripture. These false identities can be created by ourselves because of sin in our lives, choices made, or wrong turns taken and the regret, guilt, and shame that follows. Other false identities are handed to us by outside sources, maybe a damaging word spoken to us by someone or a childhood of abuse.

However, not all false identities are negative on the surface, such as successful, attractive, wealthy, athletic, or talented. But even those identities can become false when we place too much of our weight on them. Jordan’s identity was “All-American” until he broke his ankle and his season was over. Then, he didn’t know who he was anymore and started spinning out of control.

I’ve started working out with a trainer. He always talks about the importance of developing my “core.” Any fitness expert will tell you that a strong core is the start to a strong and healthy body. The same is true with our identities. It’s about strengthening our core, which requires digging past all of the surface identities that crowd our nametags and remembering that at the deepest level we are God’s masterpiece. The stronger our knowledge of the core of who we are, the better we’ll be able to deflect the old names and false identities that try to own us.

What’s your advice to those people living under the burden of a false identity right now?

Matthew West: Read this book! Ha! Seriously, my advice can only come from a place of what’s helping me. And what helped me is what also guided me in the writing of Hello, My Name Is: Scripture. One of the things I love about the Bible is that it’s page-by-page proof that God is not just a “broad strokes” kind of creator; God is in the details. So much so that we’re told nothing is hidden from him. He sees everything; he’s the beginning and the end. There’s no greater authority on your life than the one who gave you your life.

Much of this book, contrary to what one might think when they see the title, is not a search within but an encouragement to begin the journey of discovering who you really are by first discovering who you belong to and what your creator has to say about you. I truly believe that if someone is believing a lie about who they are right now, that God’s desire for you is to be set free from that once and for all. Ask him to show you where that false identity is coming from. Ask him to show you how differently he sees you than how you view yourself.

Throughout Hello, My Name Is, you weave stories from people you’ve met during your years touring as a musician. What story impacted you the most?

Matthew West: There’s no substitute for the power of a personal story. I love what happens when I get to hand my platform over to a guy like Jordan. The true stories of God redeeming a broken life shoot like arrows straight to our hearts and remind us that God wants to do the same life changing work in our lives.

I love how one story can impact another story, causing a ripple effect of change if we let it. Rob’s story is featured in the book for that very reason. Rob actually got saved at one of my concerts and decided to seek help for his drug addiction as a result of hearing Hello My Name Is and witnessing the story of Jordan. Today Rob has been sober for over two years. And the ripple effect continues.

Why do you believe this message about identity is so important for people to hear today?

Matthew West: When I saw how much the message of the song resonated with people I began to realize we’re all on the same journey of discovering who we are. Why else would the bookstores be filled with self-help books? That’s why I wanted to write this book; as a powerful reminder that when it comes to getting to the core of who we are, we simply can’t help ourselves. Left to our own devices, we’ll wander down a wide road filled with people slapping false identities on us at every turn. I’ve walked that road, and I don’t want to anymore.

We’ve got social media now where we can even create an identity for ourselves and show the world an inauthentic highlight reel version of who we are. But I’m drawn to REAL, not a highlight reel. The world doesn’t need to see another plastic Christian pretending they’ve got it all together. The world needs to see more Jordans; people who are willing to stand up and say, I’m far from perfect, but I’m loved by a perfect God.

What do you hope people walk away with after reading Hello, My Name Is?

Matthew West: I walked away with a renewed passion for Scripture and I was powerfully reminded that God’s Word really is a lamp to guide my feet along this journey of discovering who I am. I hope people will soak in the Scripture that I highlight throughout page after page of this book.

Matthew West: Bible Gateway is an amazing resource at our fingertips meeting us right where we are daily with the life-giving word of God. I use the resources when I’m on the go as well as when I’m doing Scripture study for books like this one. The ability to quickly access so many versions of Scripture is really an awesome tool.

Bio: Matthew West is a multiple-ASCAP Christian Music Songwriter/Artist of the Year winner, a four-time GRAMMY® nominee, and was awarded his first American Music Award (2013) and a Billboard Music Award (2014). Matthew West’s discography includes acclaimed releases: Happy (2003), History (2005), Something to Say (2008), The Story of Your Life (2010) and GRAMMY®- nominated Into the Light (2012). West was nominated for a Primetime Emmy® Award for Original Music & Lyrics for The Heart of Christmas from the film of the same name. His songwriting credits include cuts by Rascal Flatts, Billy Ray Cyrus, Diamond Rio, and more. He spent much of late 2012 and early 2013 on a pre-headlining stint on WinterJam Tour Spectacular, the number one tour in the world. He’s the author of Hello, My Name Is: Discover Your True Identity and Forgiveness: Overcoming the Impossible, Your Story: Embrace It, Tell It, Live It.