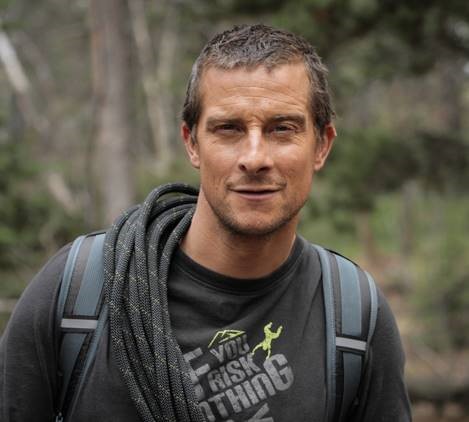 Fear can totally break people, but it doesn’t have to be the final answer. Courage steels people, but we have to find it from somewhere. Courage isn’t the absence of fear. On the contrary, without fear we cannot truly be courageous. To be brave we must first be afraid.

The pages of your Bible are full of stories of great women and men who faced battles and learned the hard way (is there any other?) that God was on their side. I’ve lost count of the number of times I’ve been terrified or brought low—so many of those moments when I mutter in desperation, “Help get me through this one, somehow.” But in the storms, let’s remind ourselves yet again of Paul’s encouragement to us:

We know that in all things God works for the good of those who love him, who have been called according to his purpose. (Romans 8:28)

God uses all things to bring us closer to Him, especially the tough times. Like a refiner’s fire, the heat shapes us. If we want to develop courage, we’re going to have to face some tough times. Courage means not running from the battle or hiding from the struggles. It means facing them with Christ beside us.

It means trusting that what shakes us today will shape us tomorrow and that every storm is a school. Every trial is a test. Every experience is an education.

Every difficulty is for our development.

Blessed is the one who perseveres under trial because, having stood the test, that person will receive the crown of life that the Lord has promised to those who love him. (James 1:12)

IN THE FACE OF OVERWHELMING ADVERSITY

We all have much to learn about courage from the former-convict-turned-world-leader Nelson Mandela. “I learned that courage was not the absence of fear, but the triumph over it,” he wrote. “The brave man is not he who does not feel afraid, but he who conquers that fear.”

Jesus was the ultimate example of courage in many ways, even, for example, in how he was continuously scrutinized by the scribes and Pharisees—people who were suspicious and critical of his motives, who watched his every move, waiting to pounce.

How tempting must it have been for Jesus to spend time only with those who loved Him. But that was not Jesus’ way. He did not avoid the difficult.

Jesus’ courage was like his compassion, and he often demonstrated both at the same time. He’d heal an outcast and then face the people who criticized him for doing so.

Courage always has a purpose, whether restoring justice or protecting the vulnerable, whether sharing truth or trusting God when we feel up against it.

Ultimately Jesus faced torture, hatred, mocking, injustice, abandonment by friends, isolation from God, and death. And He walked toward it all with love and forgiveness. That’s courage.

Unlike Jesus, and because of Jesus, we now never need be isolated from God.

Be strong and courageous. Do not be afraid or terrified because of them, for the Lord your God goes with you; he will never leave you nor forsake you. (Deuteronomy 31:6)

The above article is excerpted from Soul Fuel: A Daily Devotional by Bear Grylls. Copyright © 2019 by BVG Global Limited. Published by Zondervan. Used by permission of Zondervan. zondervan.com. Pages 250-252. All rights reserved.

BIO: Bear Grylls (@BearGrylls) is the author of several books that have sold more than 11 million copies worldwide, including the bestselling Mud, Sweat, and Tears, Soul Fuel, and To My Sons: Lessons for the Wild Adventure Called Life. He starred in National Geographic’s television series Man vs. Wild for seven seasons and currently works on his NBC series, Running Wild with Bear Grylls, where he takes celebrities such as Julianne Hough, Marshawn Lynch, Shaquille O’Neal, and Don Cheadle out into the wilderness. Bear is an adventurer known for many exploits, including crossing the North Atlantic Arctic Ocean in a rubber boat, climbing Mount Everest, and running through a forest fire. He is also a dedicated family man to his wife and three sons.

Experience the adventure found in studying the Bible by becoming a member of Bible Gateway Plus. Get biblically wise and spiritually fit. Try it right now!