Blog / Read the Bible with the Jewish Eyes of Jesus: An Interview with Lois Tverberg

Read the Bible with the Jewish Eyes of Jesus: An Interview with Lois Tverberg 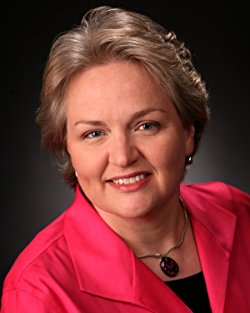 Wrinkles and grey hair in the mirror. Rain in the forecast. Gaining a clothing size. Modern Bible readers view all of these as negatives, but in the biblical world, just the opposite would have been true. Old age was an advantage when elders were chosen as leaders, and rain was an occasion for rejoicing in the parched Middle East. Beauty was associated with gaining weight because hunger was a common struggle. Cultural differences large and small separate modern readers from how the Bible “thinks.”

Bible Gateway interviewed Lois Tverberg (@loistverberg) about her book, Reading the Bible with Rabbi Jesus: How a Jewish Perspective Can Transform Your Understanding (Baker Books, 2018). 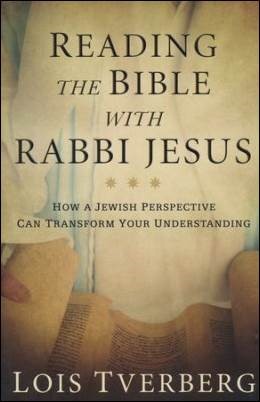 How can cultural differences “get in the way” of how we read the Bible? What do you mean by understanding how the Bible “thinks?”

Lois Tverberg: My nephew grew up in the South and first encountered snow when he was about five years old. Puzzled, he asked, “What do you do with the snow when you have to mow the lawn?” He couldn’t imagine a reality where people didn’t mow their lawns year round, and assumed it was universal. In the same way, many of our problems with the Bible come from misunderstanding its cultural reality and projecting our own onto it instead.

Often we find that the gap separating us from our Bibles not so much one of time but of culture. We are Gentiles living in a modern, Western, industrial society. The authors were largely Jews who lived in a traditional Eastern, agrarian society. In order to bridge these gaps, we need to grasp how the Bible “thinks”—the basic background assumptions that biblical peoples had about life. Often these were very different than ours today.

What are some of the “big picture ideas” that we need to know about?

Lois Tverberg: Our culture is all about the individual. The biblical world focused on the group.

Our culture is skeptical about the existence of God. The ancient world assumed that many gods existed. Their key question was, “Which god is the greatest?”

Our culture is literate and expects people to look things up in books. The ancient world emphasized memory instead. Religious teachers often quoted from Scripture and expected listeners to recognize their references. Often they made important points through references and even subtle allusions to their Bibles.

You mention the acronym, “WEIRD,” that psychologists coined for the ways that American culture is unusual compared to the rest of the world. What does it stand for and how do you think this comes into play in reading the Bible?

We live in an educated, Western culture that values scientific thought above all else. We’re industrialized, so that our world does not revolve around family and clan, but around work and business. We’re relatively rich, so that many basic worries are simply not on our radar screens. We live in a democracy and dislike all hierarchy and authority.

In Reading the Bible with Rabbi Jesus I point out that these same characteristics tend to set us apart culturally from the Bible, so that major biblical themes—like farming and kings—simply do not resonate. I explore these and other cultural difficulties that modern readers (especially Americans) have with the Bible.

You write how we read about Daniel’s fast as if God was helping him lose weight, when his diet actually made him fat. Please explain.

Lois Tverberg: Dozens of Christian dieting books are based on the story in Daniel 1:1-16 where he and his friends eat vegetables rather than meat from the royal table. We assume they’re trying to lose weight in order to get in shape. If you look closely, though, the text says Daniel and his friends became “fatter in flesh” than those who were eating from the king’s banquet (Daniel 1:15, ESV).

Since we battle with being overweight, we pick up our Bibles looking for weight-loss plans. In contrast, the ancient world struggled against hunger, and wanted to gain weight to be in top physical condition. In the story, the surprise was that God miraculously rewarded Daniel for his avoidance of meat offered to idols by helping them gain weight, rather than lose it. It’s a minor point, but it shows how our cultural expectations cause us to read the Bible upside down and backwards of its original intent. 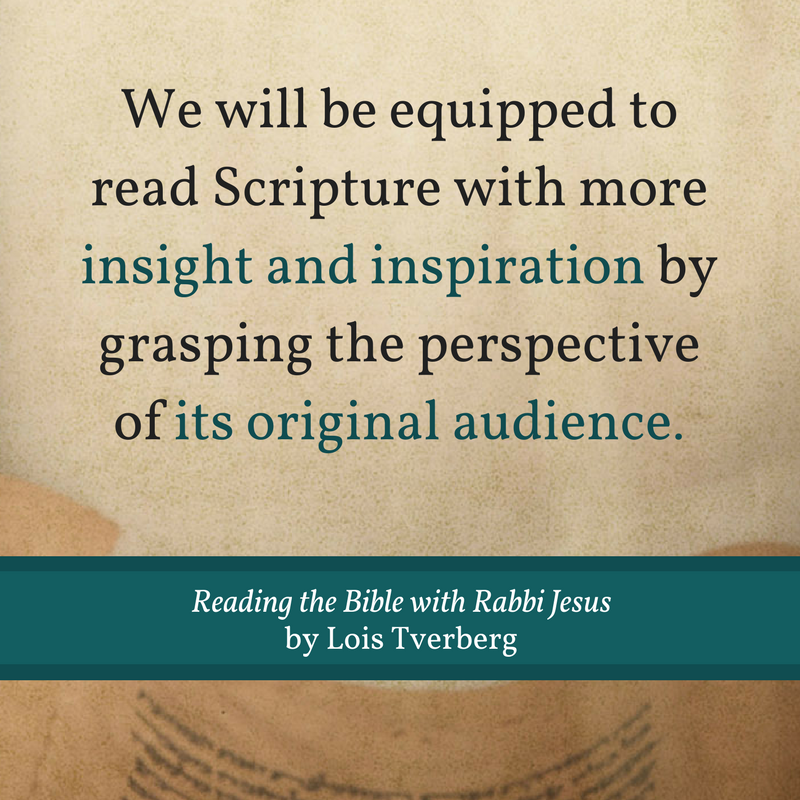 The chapter titled “Greek Brain, Hebrew Brain” discusses the difference between Western vs. Eastern thought. How does this influence how we read the Bible?

Lois Tverberg: Western thinking is very analytical, theoretical and focused on abstract concepts. It began in Greece in the 5th century AD and has deeply affected European-based cultures. We see it as the essence of mental sophistication and have a hard time imagining anyone could think any other way.

Much of the Bible, however, communicates in a more ancient way. It speaks in concrete images and parables rather than abstract concepts and argumentation. Modern readers hardly realize that brilliant ideas can be expressed this way too.

What is significant about the Bible’s many lists of people’s names?

Lois Tverberg: In the ancient world, family was central. The growth and relationships of a family were the core of how societies functioned. You have to grasp how the Bible “thinks” in terms of family as the center of reality in order to follow its most basic themes.

The main theme of the biblical story is God’s promise to Abraham to give him a great family, and the covenant that God makes with that family, Israel. Every time genealogies are listed it shows how God is fulfilling his promise. Even in the New Testament, whether or not believers in Christ needed to be “sons of Abraham” (Torah-observant Jews, who lived by the family covenant) was a major issue.

How does our perspective change if we read the Bible as a “we” instead of merely as an individual?

Lois Tverberg: Americans are very individualistic, and we tend to focus on the Bible as a series of personal encounters between individuals and God. We assume the ultimate audience for Bible reading is “me.” We miss how often the Scriptures focus on the group rather than the individual. When Jesus preaches, he’s almost always addressing a crowd.

Many ideas make more sense when we’re aware of the Bible’s emphasis on community. This is true even with the gospel. People often talk about Jesus as “my personal savior” and struggle to find an individual gospel in their Bibles. That’s because the biblical imagery is actually about Christ saving a group of people. Jesus is the “Christ,” God’s anointed king, who has come to redeem a people to be his kingdom (See Revelation 5:9-10). When we “accept Christ,” we’re submitting to his kingship and joining his people. The imagery of a “kingdom” is inherently plural, so it passes us right on by.

How has studying the Jewishness of Jesus impacted your faith in Christ?

Lois Tverberg: I was raised in a devout Christian home. A little over 20 years ago I signed up for a church seminar on ancient Israel and the Jewish setting of the Bible, and Bible stories that were foggy and confusing became clear and deeply relevant to my life. I started hearing the words of Scripture through the ears of its ancient listeners, and it made all the difference in the world. Sayings of Jesus that were divorced of their context sounded like vague platitudes, but situated within the larger first-century conversation, their true brilliance became apparent.

What is one of the most important insights you’ve learned in studying the Jewish background of Christianity?

Lois Tverberg: The most important thing I’ve learned is that some of Jesus’ boldest claims to being the Messiah, the Christ who God sent as Savior, were delivered in a very subtle Jewish way. Skeptical scholars have said that Jesus was just a wandering guru; a wise man whose followers exalted to a divine status. But Jesus’ Jewish habit of peppering his words with “hints” to his Scriptures allowed him to make statements that shocked his original audience, but float past modern readers.

Lois Tverberg: The Bible Gateway website has been a key resource for my writing about Bible translation. I often talk about Hebrew words, which are broad and multifaceted and part of interesting wordplays. One way to explore them is to compare various passages and translations. I wrote an ebook called 5 Hebrew Words that Every Christian Should Know that links each verse reference to three translations on the Bible Gateway website. Because of the website’s functionality, readers are allowed to study the true breadth of each Hebrew word.

Bio: Lois Tverberg is the author of Reading the Bible with Rabbi Jesus, Sitting at the Feet of Rabbi Jesus, and Walking in the Dust of Rabbi Jesus, and has been speaking and writing about the Jewish background of Christianity for the past 20 years. Her passion is to translate the Bible’s ancient setting into fresh insights that deepen and strengthen Christian faith. She is cofounder of the En-Gedi Resource Center, an educational ministry with a goal of deepening Christian understanding of the Bible in its original context. A former professor, Tverberg lives in Holland, Michigan, and speaks at churches, conferences, and retreats. Learn more at ourrabbijesus.com.

What are you missing out by not being a member of Bible Gateway Plus? Find out right now!

Filed under Books, Interviews, Introduction to the Bible, Jesus