Blog / The Lord’s Prayer is Revolutionary: An Interview with R. Albert Mohler Jr.

The Lord’s Prayer is Revolutionary: An Interview with R. Albert Mohler Jr. 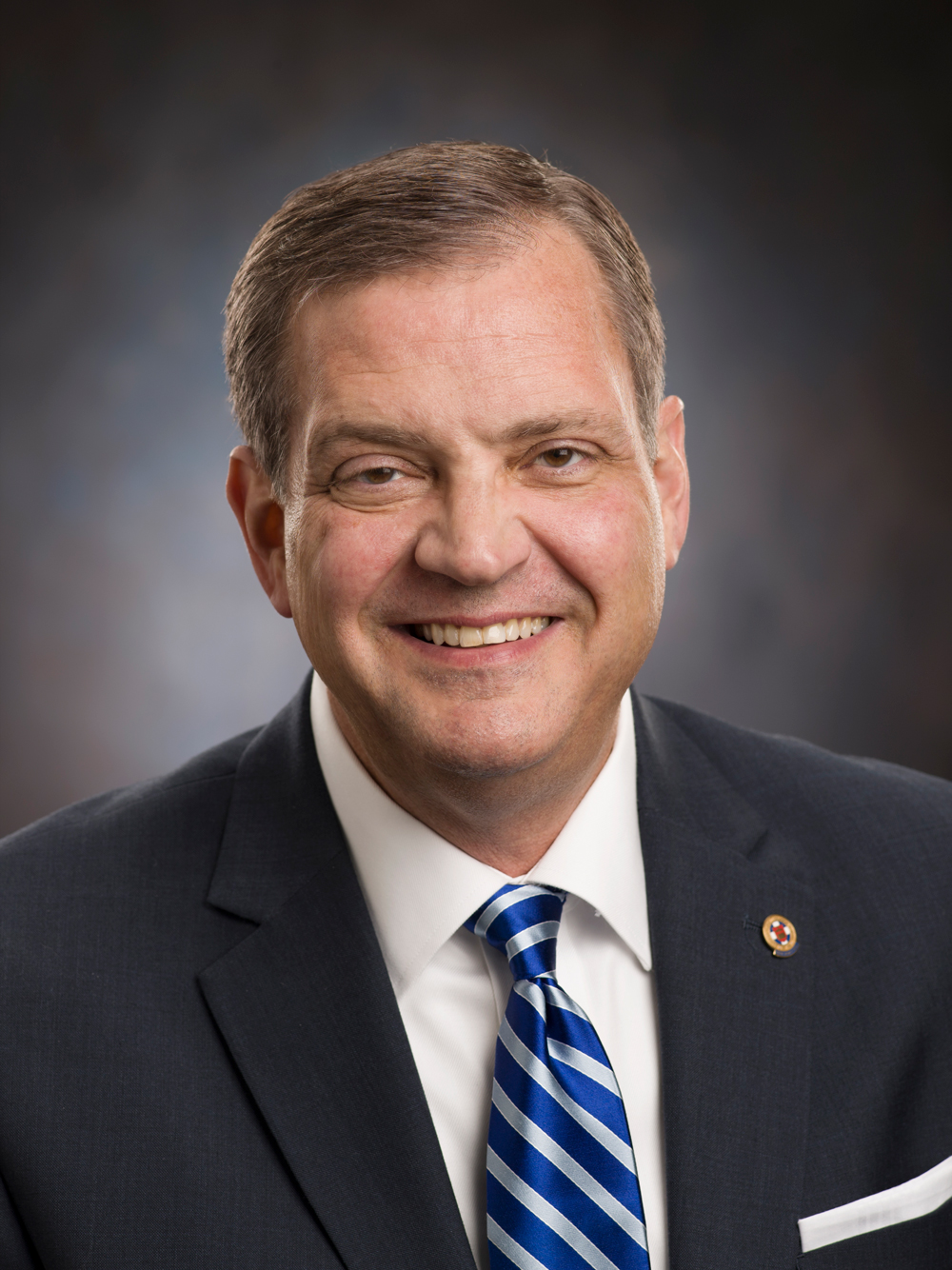 Through the centuries the Lord’s Prayer has been domesticated and tamed, turned into a safe series of comforting words and made familiar by repetition. But when truly considered, the Lord’s Prayer is meant to turn the world upside down, toppling every earthly power and announcing God’s reign over all things, in heaven and on earth.

Bible Gateway interviewed R. Albert Mohler Jr. (@albertmohler) about his book, The Prayer That Turns the World Upside Down: The Lord’s Prayer as a Manifesto for Revolution (Thomas Nelson, 2018). 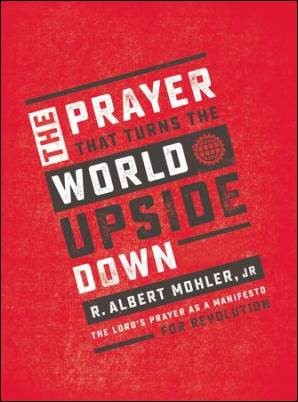 Explain the message behind the book’s subtitle, “The Lord’s Prayer as a Manifesto.”

R. Albert Mohler Jr.: People tend to think of the Lord’s Prayer in predictable and familiar terms, often reciting the prayer in worship or private devotions without recognizing how the prayer actually turns the world upside down. This prayer is a manifesto for revolution. When Jesus taught his disciples to pray “Your will be done on earth as it is in heaven,” he was telling them to petition their Father to overturn the world order. These petitions are a declaration—a manifesto—that casts down every throne, relativizes every totalitarian empire, and makes clear that God is the absolute ruler of all.

What is the problem you see with the way many Christians pray?

R. Albert Mohler Jr.: Christians tend to fall into very predictable and comfortable patterns of prayer. I can remember the first time as a teenager I arrived at a destination familiar to me and realized I really didn’t remember the process of driving in order to get there. It was a fairly scary thought and one that I think relates directly to the experience many Christians have in prayer. If we can’t remember something significant about the prayer we’ve just prayed, then something’s wrong. The Lord’s Prayer gives us an outline of how Jesus taught his own disciples to pray. Prayer is active and dynamic—a conversation with our Creator.

Why is prayer important?

R. Albert Mohler Jr.: Prayer is not optional in the Christian life. Throughout Scripture, prayer is presented as one of the greatest gifts God has given his creatures, and prayer affirms the fact that we’re in a relationship with God. That relationship is sustained by worship, by the reading of Scripture, by active discipleship, and by a life of prayer. When the apostle Paul was advising Timothy, he instructed him to give attention to the public reading of Scripture and to prayer. This is a corrective for all of us, and not merely for individual Christians but for our churches as well.

How should a Christian not pray?

R. Albert Mohler Jr.: We should not pray in a way that is inconsistent with our theology. We’re not to pray little prayers to a little God. We’re not to follow formulaic patterns as if we’re reciting a mantra. We’re to follow the example of Christ in a dynamic conversation because of our real relationship—our genuine relationship—with God.

How did Jesus model a life of prayer?

R. Albert Mohler Jr.: The Gospels tell us that Jesus set aside times of prayer. And just looking at the Gospel of John, for example, we see Jesus taking himself aside for intimate periods of prayer. The most famous of these prayers is the high priestly prayer of Jesus we find in John 17. We often refer to the Lord’s Prayer as if this is how Jesus prayed. In reality, it’s how Jesus taught his disciples to pray. We see in the Gospels how Jesus prayed in his own relationship with the Father.

Why do you write Jesus doesn’t think much of routine Christian prayer?

R. Albert Mohler Jr.: The key issue there is routine. Jesus didn’t command his disciples to engage in a routine but rather to give themselves to the joy and privilege of prayer. It’s certainly not wrong to incorporate the very words of the Lord’s Prayer in our devotions and worship. As a matter fact, to do so is absolutely right. At the same time, this is where we’re to start, not where we’re to end our prayers.

What does it mean to “hallow” the name of God, especially in modern culture where OMG is such a prevalent exclamation?

R. Albert Mohler Jr.: To hallow simply means “to make holy,” and in this sense what Christians are to do is to affirm the absolute holiness of God even as we pray. This means that we do not pray to a trifling deity or some kind of half-god, but rather we declare the awesome, singular reality of the one true and living God. Just as Isaiah saw God high and lifted up and heard the seraphim declared him to be “holy, holy, holy,” we are to do the same in our prayer. We must affirm the holiness of God, even as in following Christ we seek to live holy lives.

R. Albert Mohler Jr.: When Jesus taught his disciples to pray, he taught us to pray in the plural. “Our Father who art in heaven.” We’re not supposed to be concerned primarily with our own needs but the needs of the church. But even as this corrective is really important, we’re instructed to go before God with our own personal worship, adoration, and with our own requests and needs. So it’s not always wrong to put “I” in our prayers. We’ll refer to ourselves freely, but we’re never to limit our prayers to our singular voice.

What is God’s kingdom and what does it mean to pray for it to come?

Does this prayer mean that God forgives our sins only as we forgive those who sin against us?

R. Albert Mohler Jr.: That’s a really interesting question, and it certainly underlines the fact that we’re to forgive others even as we ask for God’s forgiveness. We should be reminded of the parable of the unforgiving servant who betrayed his master and forfeited his own forgiveness because he steadfastly refused to forgive others. That’s a pretty significant warning.

How does God “lead us into temptation” and why does Jesus say we should pray that he not do that?

R. Albert Mohler Jr.: You know, that’s a very contemporary question since there’ve been suggestions that the prayer ought to be re-formulated to make clear that God does not tempt us as human beings. In his letter, the apostle James explicitly states that God does not lead us into sin and that no human being can claim that God is the reason that we have sinned. But the Bible also tells us that our discipleship is tested by fire, and the book of Job in the Old Testament underlines the fact that God did allow Job to be tested. So we should accept this testing as part of a dimension of how God is conforming us as Christians to the image of Christ. And as we pray that particular prayer, it reminds us of the fact that we should pray that God will preserve us, even in testing, from sin.

What should be going through a person’s mind every time he or she recites the Lord’s Prayer?

R. Albert Mohler Jr.: I think it’s really important to recognize that in the Gospel of Luke we’re told that Jesus gave this prayer as a model prayer to his disciples when those very disciples asked Jesus to teach them to pray, even as John the Baptist had taught his disciples to pray. So, we’re to see the Lord’s prayer as the great example prayer or model prayer that Jesus gave his own disciples, and thus to us, in order that we would know how to pray in such a way that pleases God. I can’t think of any greater aspiration for a Christian than to pray in the way that Jesus would teach us to pray. And without the Lord’s prayer, we would lack that key teaching model that Jesus gave his own disciples out of love. There’s every good reason that Christians for over 2,000 years have turned to this prayer over and over again. There’s good reason why we incorporate this prayer into our worship. We should be thankful that the Lord loved us so much, even as he loved his own disciples, that he gives us this example of how to pray.

R. Albert Mohler Jr.: I’m thankful for every good resource available to Christians for Bible study. Bible Gateway represents one of the most accessible ways that Christians can quickly learn more about the Bible, find their way around Scripture, and dive even deeper into the Word of God. I really look forward to Christians reading this new book and my great prayer is that it will encourage Christians, not only to love the Lord’s Prayer and understand it more fully, but to become ever more faithful in their own lives of prayer and devotion.

The Prayer That Turns the World Upside Down is published by HarperCollins Christian Publishing, Inc., the parent company of Bible Gateway.

Bio: R. Albert Mohler Jr. has been called “one of America’s most influential evangelicals” (Economist) and the “reigning intellectual of the evangelical movement” (TIME.com). President of the Southern Baptist Theological Seminary, he writes a popular blog and a regular commentary, available at AlbertMohler.com, and hosts two programs: The Briefing and Thinking in Public. He is the author of many books, including The Prayer That Turns the World Upside Down, We Cannot Be Silent, and The Conviction to Lead, and has appeared in The New York Times, The Wall Street Journal, USA TODAY, and on programs such as NBC’s Today Show, ABC’s Good Morning America, and The NewsHour with Jim Lehrer. He and his wife, Mary, live in Louisville, Kentucky.

Study the Lord’s Prayer and other biblical truths when you become a member of Bible Gateway Plus. Try it free right now!