Blog / The Biblical Practice of Religion Might Save USA Christianity: An Interview with Zach Hoag

The Biblical Practice of Religion Might Save USA Christianity: An Interview with Zach Hoag 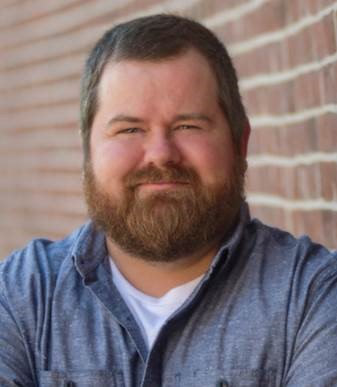 The trending sentiment of “spiritual but not religious” suggests the demise of religion. What if we’ve gotten religion all wrong? What if the rooted biblical practice of religion is just what we need to revive us? Does the downtrend of Christianity in America have to be the end? Or can it be the first step back toward the flourishing faith God intends for us? After all, isn’t this the essence of the Christian story: death paves the way for resurrection?

Bible Gateway interviewed Zach Hoag (@zhoag) about his book, The Light is Winning: Why Religion Just Might Bring Us Back to Life (Zondervan, 2017). 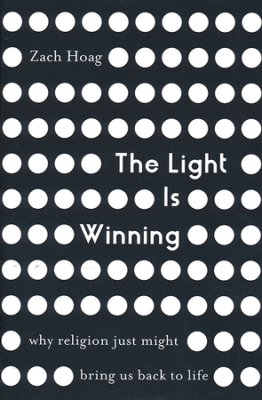 What’s the meaning of your book’s title?

Zach Hoag: The Light is Winning is ultimately a statement of hope—that despite the statistical decline of Christian faith in the US, and despite many of the harmful realities and trends this decline is revealing, there’s resurrection, renewal, and flourishing to be had at both the micro (individual faith journey) and macro (American church) levels.

You see denominational downsizing and the increasing number of people uninterested in church as being an apocalypse. What do you mean and why do you consider it in a positive sense?

Zach Hoag: Well, it isn’t positive on the surface, and that needs to be acknowledged first and foremost. Numerical decline in the church and tectonic shifts in the culture (towards increasing secularism and pluralism, for instance) bring about a very real suffering as congregations, denominations, and institutions lose their ability to sustain and have desired influence. It’s a death of sorts.

But that’s precisely where the gospel “flip” takes place: Jesus said, “unless a grain of wheat falls into the earth and dies, it remains just a single grain; but if it dies, it bears much fruit” (John 12:24). Death and resurrection is not only a one time event but the pattern of life in Christ (1 Peter 2:21). And in that sense, this death and decline present an opportunity for the church in American to see what it might be revealing—and then move towards reflection, repentance, and resurrection.

Why do you say authoritarianism and ‘empire business’ are pervasive problems in American Christianity?

Zach Hoag: I say that first because, at the heart level, human beings have a problem with power. All of us do, in differing degrees, and church leaders and church structures are no exception.

I say this also because, at a cultural level, our understanding of what constitutes healthy and effective authority is changing, and changing drastically. While there are doubtless many churches and movements that would like to deny there’s anything wrong with how we “do” authority, I believe we’re caught up in a tide that will, whether we like it or not, be sweeping away our unhealthy practices regardless. So we might as well look at what’s being revealed now, and lean into the opportunity for change.

“Empire business,” then, is specifically when church leadership and church structures are compromised by the empire values of power, wealth, and violence. Scripture speaks against these values clearly and often, and Jesus’s own description of healthy ministry militates against these empire abuses (Matthew 20:25-28). And again, in differing degrees and in diverse ways, I believe we see empire business popping up all over the place in the American church—sometimes making headlines, and sometimes shipwrecking lives in ways we never hear about.

Applying it to Christian faith, explain your statement, “Deconstruction is a necessary work that brings us to our necessary ending so that we can find our way through to a new beginning.”

Zach Hoag: Suffering, pain, and “death” are teachers—if we will allow them to be. I think that many are caught up in this moment of revealing and are finding their faith gutted by what they now see so clearly. This has often been described as a wilderness experience, where you don’t know where you belong with God or the church anymore, and you’re wandering listlessly. But I like to call it the “desert of deconstruction” because that’s what’s really happening—reality is challenging our theological understanding and our church structures and causing us to dismantle everything we thought we knew.

But this testing of our faith—and the doubt it entails—is not inherently bad. Quite the contrary (1 Peter 1:6-7). In fact, I believe it’s necessary to get us back into alignment with reality, so we can find a deep and abiding faith that’ll sustain us for what’s ahead. A resurrected religion and a flourishing faith are the promise on the other side of the desert of deconstruction. But we must journey through that wilderness.

How did the Bible help you find your way out of your own wilderness?

Zach Hoag: I’ve always been a person of the Word. From the time I felt a call to ministry at a very young age, I’ve studied and mediated on Scripture constantly. When I hit my own “eruption of the real” and my wilderness sojourn, I never stopped leaning on the Word for guidance, for sustenance, for some kind of direction. It was a dry season, a confusing season, a dark and painful season, but I knew that Jesus, revealed in Scripture, would be the one to bring me through it. And he did.

Zach Hoag: I simply think it’s the more natural translation. “Religion” here is really a neutral term referring to the beliefs, rituals, and practices connected to faith in God. Thus, Christians can have the form of religion but not the power; and, the mystery of our Christian religion, expressed in Paul’s ancient creed, is great.

Zach Hoag: James, like his brother Jesus, operates in the realm of prophetic utterance, calling Christians on the carpet for their tendency to practice an empty religion of words. His summation of “pure and undefiled” religion brings us back to the substance, to the actions, that prove its power: controlling our tongues, supporting widows and orphans, and keeping ourselves unstained by the power, wealth, and violence of the world.

What do you want to achieve with this book?

So take heart, and keep going, because the light is winning.

Zach Hoag: Revelation 21—because that’s what true and full resurrection and flourishing look like, on earth as it is in heaven.

Zach Hoag: I love both—keep up the great work!

Bio: Author of The Light is Winning, Zach Hoag is a preacher and creator from New England. Planting a church in one of the least churched cities in the US (Burlington, Vermont), and pursuing ministry beyond that in a variety of spaces, Zach has learned a few things about the power of a deeply rooted life in Christ. Zach has found belonging in Westford, Vermont where he lives with his wife, Kalen, and their three girls. Find him writing at zhoag.com.