Blog / The 4 Most Common Questions About Life After Death

The 4 Most Common Questions About Life After Death 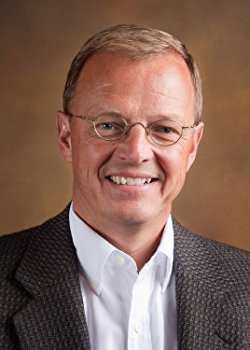 A guest post by Randy Frazee (@RandyFrazee), author of the book, What Happens After You Die: A Biblical Guide to Paradise, Hell, and Life After Death (Thomas Nelson, 2017).

What will a day in the life on the new earth be like?

Essentially, it will be like a day here on the old earth, without the curse and with the very presence of God among us. That’s a pretty big difference, isn’t it?

First, there will be rest and sleep in heaven (Hebrews 4:1-4; Revelation 14:13). In many ways, this whole salvation experience is to enable us to enter into a life of rest with God. And for the most important point of all, there will be coffee in the morning! Can I get an amen?

There will also be meaningful work for everyone. In the garden before the fall, God partnered with Adam to manage the earth under his authority (Genesis 1:28). I believe this responsibility will continue on the new earth, but without the frustration caused by the curse, since it will have been lifted (Revelation 22:3). Some of us will need to be reassigned. I don’t see the need for law enforcement or armies, but there will be plenty of other things to do. There will be much room for creativity, inventing, and learning in our new digs. 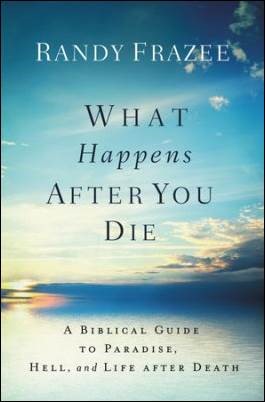 What will we eat?

In Jesus’ model prayer we are instructed to ask God to “give us this day our daily bread” (Matthew 6:11). Food and drink are essential to our survival and sustainability in our natural bodies. But eating and drinking often go way beyond the basic requirements for life. Gathering with family and friends to share a meal may be some of the most enriching experiences in life. Consider the one thing Jesus asked us to do over and over again: remember his death until he comes, or share communion as he did with his disciples at the Last Supper. Jesus brings us around the dinner table (1 Corinthians 11:26).

As we ponder eternal life on the new earth, will eating and drinking be essential, necessary, or even possible in our spiritual bodies? The answer is a resounding, confident yes.

Jesus also told his disciples explicitly that we will eat and drink in the new kingdom: For I tell you I will not drink again from the fruit of the vine until the kingdom of God comes. . . . And I confer on you a kingdom, just as my Father conferred one on me, so that you may eat and drink at my table in my kingdom and sit on thrones, judging the twelve tribes of Israel (Luke 22:18, 29-30).

Here’s a question whose answer I know lots of people are interested in knowing. The answer is addressed explicitly in 1 Corinthians 15:35-55. Paul began this section of his writings with the $64,000 question: “But someone will ask, ‘How are the dead raised? With what kind of body will they come?’” (v. 35). Paul immediately answered: What you sow does not come to life unless it dies. When you sow, you do not plant the body that will be, but just a seed, perhaps of wheat or of something else. But God gives it a body as he has determined, and to each kind of seed he gives its own body (1 Corinthians 15:36-38).

Will there be pets in heaven?

Our family enjoyed the company of a beagle named Lady for 18 years. Without question, she was the most loyal creature I ever encountered. There hasn’t been even a close second. If heaven could be earned through merit, Lady stands a much better chance than I do of getting into the new kingdom. So, will she, or any beagle for that matter, walk the new earth with believers in Jesus?

Let’s start at the beginning for clues. Revelation 21–22 has a theme identical to Genesis 1–2. God’s vision for life on the new earth is a restoration of his vision that was lost on this earth. So we can look at these two chapters in Genesis and safely conclude that what was there at that time will be recreated.

During creation, after God separated the waters below from the sky above on the second day, he filled them with all kinds of birds and fish: And God said, “Let the water teem with living creatures, and let birds fly above the earth across the vault of the sky.” So God created the great creatures of the sea and every living thing with which the water teems and that moves about in it, according to their kinds, and every winged bird according to its kind. And God saw that it was good. God blessed them and said, “Be fruitful and increase in number and fill the water in the seas, and let the birds increase on the earth” (Genesis 1:20-22).

“The wolf and the lamb will feed together,
and the lion will eat straw like the ox,
and dust will be the serpent’s food.
They will neither harm nor destroy
on all my holy mountain,”
says the Lord.
—Isaiah 65:25

Not only will there be animals in the new kingdom, but they’ll get along. Because there’ll be no death; there’ll be no predators. Frankly, I’m not sure how God is going to manage to control population growth—particularly among rabbits—but I’ll leave that up to his infinite ingenuity.

BIO: Randy Frazee is the senior minister at Oak Hills Church, one of the largest churches in America, leading alongside author and pastor Max Lucado. A leader and innovator in spiritual formation and biblical community, Randy is the architect of The Story church engagement campaign. He’s the author of What Happens After You Die: A Biblical Guide to Paradise, Hell, and Life After Death, The Heart of the Story: Discover Your Life Within the Grand Epic of God’s Story, The Connecting Church 2.0: Beyond Small Groups to Authentic Community, and The Christian Life Profile Assessment Workbook. He and his wife, Rozanne, live in San Antonio, Texas.