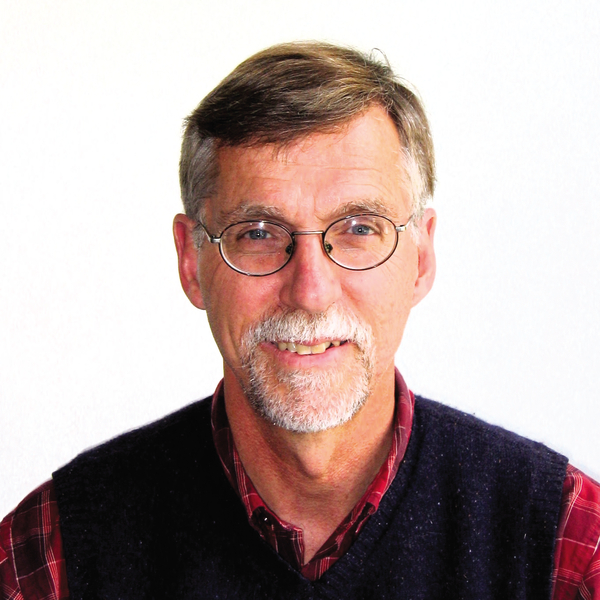 God’s justice—his plan for “setting things right”—is a foundational principle of the Bible. God’s plan for justice to triumph can be traced from Genesis to Revelation, and as a theme it forms the backbone of Scripture. How can we better understand God’s perspective on today’s injustices around the world? 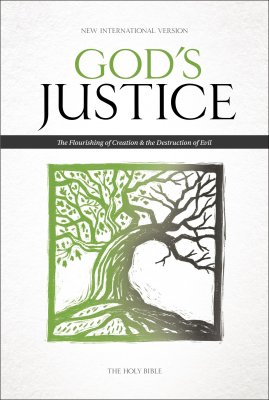 You recently traveled to Europe to report on the refugee crisis for Books & Culture, where you talked with many whose lives have been disrupted by war. You also wrote about Christians who’ve been working to aid refugees and to help them integrate into their new homes. What kind of opportunities for evangelism did you see there?

Tim Stafford: I saw lots of opportunities. The refugees are primarily Muslim, and they vary a lot in how devout they are. But they’re all desperate, having lost their homes and having no clear picture of what future they can hope for. They’re all trying to find their place in a very different society than what they’re used to. They’re learning a new language, they’re absorbing new cultural practices. Besides, many are lonely and looking for friendly faces. There are many opportunities to befriend them, and many opportunities to talk seriously about faith.

Some of the Christians I met see this as a grand opportunity; not just to share their faith but also to challenge their own churches’ complacency. For example, Glen Ganz in Hamburg heads up something called the Why Not? Café, a meeting place and a kind of cultural center where friendships form and dialogue takes place. The café is organized by the Evangelical Free Church of Germany and Glen thinks it can expand to a hundred other locations in Germany, starting now. He sees this as God’s gift, not so much to the refugees as to a church that’s stuck in its own little world.

In Munich, a YMCA group is going into refugee camps to do a kind of youth group. The government probably wouldn’t let a church do that, but since the YMCA is a youth movement, they’re permitted.

In Salzburg, Austria, I attended a meeting of leaders from a number of evangelical churches, all sharing what they’re doing with refugees and strategizing how they can do a better job of presenting the gospel. At the meeting they decided that they needed a fluent speaker in Arabic. They had fluent Farsi speakers, and a long-standing and robust outreach to Iranian and Afghani refugees, but they lacked something comparable in Arabic. The churches began making plans to find an Arabic-speaking Christian who could help them begin to communicate.

In Greece I met a couple whom God has called into full-time ministry to refugees from Syria. The husband emigrated from Syria a generation ago, becoming a Christian through the witness of some Greek believers. Now he and his Greek-born wife are serving Syrian refugees with material help and very candid discussions about Jesus. God has brought tens of thousands of Syrians to their doorstep.

Those are just a handful of examples. The main point is, when people’s lives are turned upside down, they’re open to new ideas and new relationships.

Did you learn anything new about justice?

Tim Stafford: Seeing the refugees pointed me to the Old Testament law in a new way. You know how often the Israelites are told to take special care of three groups: the widows, the orphans, and the foreigners. Obviously those three groups stand for all the vulnerable people in society. It made me think: there have always been needy foreigners around. If you think about the socio-political context of Old Testament Israel, it always lived in a rough neighborhood. Wars and feuds and famines were more or less constant. And with those go refugees; foreigners.

We Americans have been largely shielded from that kind of context. We haven’t had very many wars in our neighborhood, so we don’t easily get the reality of what God says in his law. He’s saying: this is justice, that you care for the vulnerable, and specifically, that you care for people who aren’t even citizens of your nation. Widows and orphans we get—they’re part of our society. But foreigners? It’s a jump to see foreigners as included in God’s intentions for creating the kingdom of God.

And by the way, God’s concern for justice is always about the kingdom of God. It’s not ultimately crime and punishment that he’s addressing. He’s in the business of creating a new heavens and a new earth, populated by his family. In his kingdom the whole world flourishes.

That’s why he cares about foreigners. Because they’re needed. They’re part of the beautiful fabric he’s weaving. With their help we become something more than we could be without them. God doesn’t seek just to bless our little corner of the universe: he intends to bless all the peoples of the earth, who will learn to sing his praise in harmony. That’s the vision of justice that must undergird our concern for refugees. We need them as much as they need us.

You’re the general editor of a new Bible, the NIV God’s Justice Bible, which explores God’s plan for justice from Genesis through Revelation. How did this Bible come to be?

Tim Stafford: A ministry in India, Good Shepherd/OM Ministry, has been publishing and distributing books and Bibles for a very long time. Good Shepherd is also very involved with building church communities that confront injustice: particularly the injustices of caste and gender discrimination, which are very serious problems there. It happens that Good Shepherd got the idea of publishing a Bible that would focus on justice issues. Great idea! But when my friend Scott Bolinder, then with Biblica, the Bible society, heard about it, he thought it might be bigger than India.

So they convened a week-long conference in Hyderabad, India, for anyone from around the world who might have an interest. Organizations like World Vision and International Justice Mission sent representatives. They talked up a storm and came to the conclusion that such a Bible was a good idea. They stressed that it could not be done by a group of westerners—it had to be a global project. And, they emphasized that it shouldn’t be simplistic. It needed to reflect deeply on Scripture, not merely point out a few obvious verses.

I was asked to make this happen editorially. And I was so delighted! I love working with international teams. The cross-cultural relationships are a particular joy to me. And, I love the Bible. Years ago I shared with Philip Yancey the task of developing the NIV Student Bible, and it was a life-changing experience. It deepened my understanding of the Bible as nothing else has—until now.

As I took on this justice Bible, I traveled the world, asking questions and meeting people. I read very widely in the literature of justice. And I began to shape a team to do the work. That was the most exciting part for me. We ended up with a team of 56 writers, from every continent. If you look at the list of contributors at the front of the Bible, you’ll be amazed. You probably can’t pronounce half the names. This Bible is truly a global project, and it represents something totally new in the 2,000 year history of Christianity. All through the ages we’ve known that the church is formed from people of every nation and every ethnicity. But now, for the first time in history, we’re actually living that out. It was an extraordinary joy to be part of that.

Is the Bible story about more than our personal salvation?

Tim Stafford: By all means! God’s Justice: The Holy Bible has a slogan on the front cover: The flourishing of creation and the destruction of evil. That’s what the Bible story is about. It’s not just a matter of punishing evil. The whole creation must come to flourish. And evil must be done away with, once and for all. The Bible is the story of God setting the world right. Another name for that is: justice.

Personal salvation is very much at the heart of that. How can you set creation right if you can’t set right the human beings who’ve been given the assignment to care for all of creation? How can creation flourish if humanity is in bondage to sin; in rebellion against God?

But the story is bigger than personal salvation. It saves us as individuals and makes us part of something God is doing.

How is justice at the heart of the Bible story?

Tim Stafford: The answer to that question demands that we think hard about what we mean by justice. In modern English, we often really mean crime and punishment. Corrupt governments should be shaken and removed from power. Sex traffickers should be caught and imprisoned. Those who pollute the landscape should pay a stiff fine and be forced to clean up.

All that is part of justice, and there are specific Bible verses that speak to those issues. However, it’s too small, and too negative, to communicate the whole picture of what the Bible means by justice. Justice, as I said, is God setting right a broken world. It’s the flourishing of creation and the destruction of evil. That’s the heart of the Bible’s story. From beginning to end, it’s all about transforming a bleeding world into a flourishing, worshiping, joyful kingdom.

How do we know that God is passionate about justice?

Tim Stafford: He sent his Son to die for it, didn’t he? How much more passionate can you get? Biblical justice is, as I’ve said, setting the world right. Jesus came to live that “righteousness” and to die in order to cleanse our sins, to make a new community, and to do away with the ultimate enemy of death.

How can God use us—sinful people—to be his hands and feet to bring justice to a sinful world?

Tim Stafford: I don’t think we bring justice to a sinful world. All the passionate attempts that human beings make end up being inadequate or downright corrupt. God brings justice. He’s been working on it for thousands of years. He sent Jesus as the climax of that project. Now he enlists us to participate in what he’s doing—a project that he promises he will complete. There will be a new heavens and a new earth. We don’t know how to bring that about. God does.

We do have a very important role to play, though it takes a different form for everybody. I think of two classic statements. One comes from Micah 6:8: “Act justly, love mercy, walk humbly with your God.” The other comes from Jesus: “Love the Lord your God with everything you possess; and love your neighbor as yourself.” That’s what we do to bring justice to a sinful world.

The above 6-day Bible reading plan offers a global perspective on the timeless and universal issues around injustice drawn from the book introduction insights in NIV God’s Justice: The Holy Bible. Readings present thoughts by six authors from six countries around the world.

Bio: Tim Stafford is Senior Writer for Christianity Today and the author of more than 30 books including The Student Bible (with Philip Yancey). His most recent publications are Miracles: A Journalist Looks at Modern Day Experiences of God’s Power and Birmingham (a novel). Tim and his wife, Popie, have three children and live in Santa Rosa, California.