Blog / Reading the Bible with America’s Founding Fathers: An Interview with Daniel Dreisbach

Reading the Bible with America’s Founding Fathers: An Interview with Daniel Dreisbach 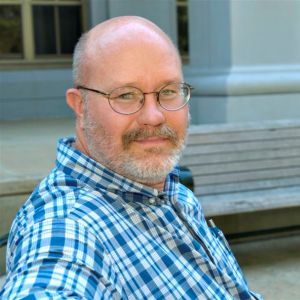 No book was more accessible or familiar to the American founders than the Bible, and no book was more frequently alluded to or quoted from in the political discourse of the age. How and for what purposes did the founding generation use the Bible? How did the Bible influence their political culture? 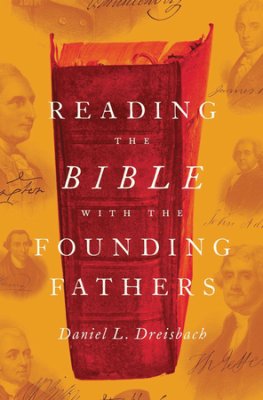 Who were the “American founders” you write about and how important was the Bible to them?

Daniel L. Dreisbach: I define the terms “founding fathers” and “founders” broadly to include an entire generation or two of Americans from many walks of life who, in the last half of the 18th century and early 19th century, articulated the rights of colonists, secured independence from Great Britain, and established new constitutional republics at both the national and state levels. This definition includes a cast of thousands who played their patriotic part at the local, state, and/or national levels. Among them were citizen soldiers, elected representatives, polemicists, and patriot preachers. I contend that no book figured more prominently than the Bible in the political thought of these patriots we call the founders.

Modern historians have traditionally minimized the role of the Bible in American political discourse during the 1700s (the age of Enlightenment), yet your book disputes that. Please explain.

Daniel L. Dreisbach: Although scholars have noted in passing that the founding generation was well acquainted with the Bible and frequently referenced it in their private expressions, few have examined closely the Bible’s influence on the political culture of the age, giving attention to the specific biblical texts and themes that appealed to the founders and may have informed their political pursuits. Indeed, as you point out, some historians contend that the era, sandwiched between two great religious awakenings, was an enlightened age when rationalism was in the ascendancy and the Bible was, if not rejected outright, relegated to the sidelines. Because so little scholarly attention has focused on the Bible in the founding era, at least compared to the extensive scholarship on Enlightenment influences, I thought this topic merited further inquiry.

Even though much of the scholarship gives little attention to the Bible’s influence on the founding, I believe it had a substantial impact on the founders and their pursuits. Legislative debates, pamphlets, and political sermons of the age were replete with quotations from and allusions to the Bible. Following an extensive survey of American political literature from 1760 to 1805, Donald S. Lutz reported that the Bible was cited more frequently than any European writer or even any European school of thought, such as Enlightenment liberalism or republicanism. Approximately one-third of all citations in the literature he surveyed was to the Bible. The book of Deuteronomy alone was the most frequently cited work, followed by Montesquieu’s The Spirit of the Laws. In fact, Deuteronomy was referenced nearly twice as often as John Locke’s writings, and the Apostle Paul was mentioned about as frequently as Montesquieu.

How intrinsic was the Bible to the creating and success of the American constitutional government? Could the American political system exist without the Bible?

Daniel L. Dreisbach: The founders devised a constitutional system of republican self-government and liberty under law that emphasized limited, representative government and required the consent of the governed. I present evidence in Reading the Bible with the Founding Fathers that the American founders, when framing their governments, looked to the Bible for insights into human nature, civic virtue, social order, political authority and other concepts essential to the establishment of a political society. They saw in Scripture political and legal models—such as republicanism, separation of powers, and due process of law—that they believed enjoyed divine favor and were worthy of emulation in their polities.

Their political discourse, for one example, included many appeals to the Hebrew “republic” as a model for their own political experiment. Most of what the founders knew about the Hebraic republic, it must be emphasized, they learned from the Bible. These Americans were well aware that ideas like republicanism found expression in traditions apart from the Hebrew experience, and, indeed, they studied these traditions both ancient and modern. The republican model described in the Hebrew Scriptures, however, reassured pious Americans that republicanism was a political system favored by God.

How did the American founders’ shared belief that people were fallen and shouldn’t be entrusted with unrestrained power spring from the Bible and influence the government’s structure of checks and balances?

Daniel L. Dreisbach: The Bible informed the founding generation’s views of anthropology. In 1776, most Americans of European descent were affiliated with the Reformed (specifically Calvinist) theological tradition. This perspective emphasizes original sin and mankind’s radically fallen state (Genesis 3). This view of human nature was a source of the founders’ reluctance to vest unchecked government power in the hands of fallen human actors. Their solution was to craft a constitutional system defined by the separation of powers and checks and balances that would restrain man’s sinful inclinations to seek government power for selfish ends and to abuse power.

How critical was Micah 6:8 in the American founding?

Daniel L. Dreisbach: I devote an entire chapter in my book to the use of Micah 6:8 in the political discourse of the founding era. The founders’ use of this verse captured my attention because it’s not a text I’d expect to see in this literature.

Micah 6:1-8 is a prophetic passage theologians call a covenant lawsuit text (see also Psalm 50). It tells of God’s grievance against his people for their unfaithfulness to him. Micah 6:8 is the climax of this passage because it lays out what the children of Israel must do to restore their relationship with God. I think the verse appealed to Americans because it reminded them that nations, as well as individuals, must be virtuous and righteous if they desire to be stable, prosperous, and tranquil—a nation blessed by Almighty God—and it sets forth God’s prescription for what a nation must do to enjoy divine favor.

Perhaps the most famous invocation of this verse in the founding literature is in George Washington’s 1783 letter to the state governors, written in anticipation of his retirement as commander in chief of the Continental Army. In his final, parting advice, Washington wrote that, if we hope to become a flourishing “happy Nation,” Americans must be disposed “to do Justice, to love mercy, and to demean ourselves with that Charity, humility and pacific temper of mind, which were the Characteristicks of the Divine Author of our blessed Religion.”

Why were Americans in the founding era drawn to the Exodus narrative in the Bible?

Daniel L. Dreisbach: The Exodus narrative (Exodus 13-14) was a favorite biblical text for the founders. This passage has appealed to so many throughout history because it’s about liberation and liberty and God’s providential protection of his people.

There were many Americans in the Revolutionary era who believed that they, like the children of Israel, were oppressed by their colonial rulers, and they looked to God for deliverance from the tyranny of their pharaoh, George III. Just as the children of Israel were directed by God to depart from the land of their oppression with its tyrannical monarch, cross a great sea, and establish a new nation, so, too, the children of Great Britain were led by God to leave the land of their religious oppression, cross a great ocean, inhabit a promised land, and, eventually, resist a “tyrannical” George III and create a new nation in “God’s American Israel.”

Since the Bible (such as Romans 13) speaks of submitting to governing authorities, how did the colonists biblically justify their declaration of independence and revolt against England?

Daniel L. Dreisbach: Romans 13, by some accounts, was the most referenced biblical text in the political literature of the founding era.

Romans 13 instructs citizens to be subject to those in authority over them. This was a pertinent and challenging text for Americans contemplating resistance to what they regarded as oppressive, tyrannical British rule. This text was the subject of many treatises and political sermons; and, quite frankly, Americans were divided on whether Scripture would approve resistance to British colonial authority.

Many patriotic Americans adopted an interpretation of the text that held that God ordained and established civil government, but only to serve the common good. A civil government that oppresses its people and acts contrary to the people’s interests deposes itself, ceases to be a legitimate government, and, therefore, citizens are no longer obligated by Scripture to obey it. This interpretation led many Americans to conclude that they had not only a right but also a duty to resist the “tyrannical” rule of George III and Parliament.

Explain how Proverbs 14:34 guided political thought in the early days of America.

This proverb, perhaps more succinctly and starkly than any other sacred text, expresses a biblical prescription for the success (or failure) of a nation and her people. The true greatness of a nation lies in its character, not in its economic or military power. The founders regarded this proverb as a reassuring promise and a warning that God elevates nations that behave in conformity with God’s standards but he withdraws his blessings from a people who disregard those standards.

How is the Bible associated with America’s Liberty Bell?

Daniel L. Dreisbach: The Pennsylvania provincial assembly commissioned the bell in 1751 to commemorate the 50th (Jubilee) anniversary of the 1701 Pennsylvania “Charter of Privileges,” which affirmed basic principles of the rule of law, “Civil Liberties,” and “Liberty of Conscience” in “Religious profession & Worship.” So the bell was truly a symbol of liberty. It’s called the “Liberty Bell” because it was cast with an inscription from Leviticus 25:10: “Proclaim LIBERTY throughout all the Land to all the Inhabitants thereof.”

What do you hope readers will come away with when they finish your book?

Daniel L. Dreisbach: I hope readers gain an appreciation for the many contributions the Bible made to the American founding and, thus, conclude that one should study the Bible alongside other intellectual traditions—such as British constitutionalism, Enlightenment liberalism, and classical republicanism—in order to truly understand the American founding. I hope Reading the Bible with the Founding Fathers helps American readers understand themselves as a people, their history, and the great American experiment in republican self-government.

Daniel L. Dreisbach: I’m grateful for the various platforms and services available from Bible Gateway. These have been invaluable to me not only in my personal Bible study but also in my research for this book.

Bio: Daniel L. Dreisbach is a professor in the Department of Justice, Law, and Criminology at American University in Washington, DC. He earned a Doctor of Philosophy degree from Oxford University, where he studied as a Rhodes Scholar, and a Juris Doctor degree from the University of Virginia. He’s an academic advisor to the American Bible Society’s Faith & Liberty Discovery Center and he’s written extensively on the intersection of religion, politics, and law in the American founding, including Faith and the Founders of the American Republic.