Blog / The Book of Common Prayer Remains a Force: An Interview with Alan Jacobs

The Book of Common Prayer Remains a Force: An Interview with Alan Jacobs 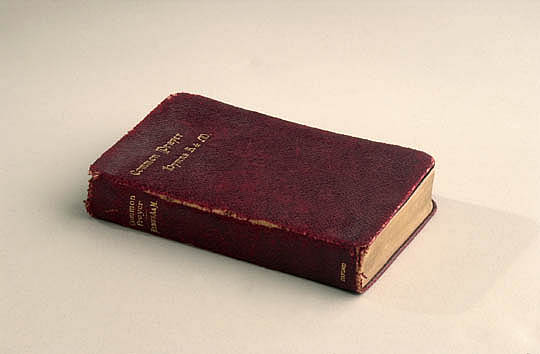 [Eleanor Roosevelt’s copy of the Book of Common Prayer (courtesy of NPS.gov)] 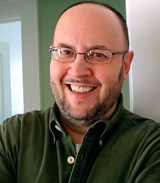 Since its first publication in 1549 during the reign of King Henry VIII, the language of the Book of Common Prayer has saturated English culture. It’s become a venerable work that continues to touch the lives of multitudes around the world. Daily readings from the book are available on Bible Gateway.

Dr. Alan Jacobs (@ayjay) is distinguished professor of the Humanities at Baylor University and former professor of English at Wheaton College. Bible Gateway interviewed Dr. Jacobs about his book, The Book of Common Prayer: A Biography (Princeton University Press, 2013).

Why is your book subtitled “A Biography” and not something else, such as “A History”? 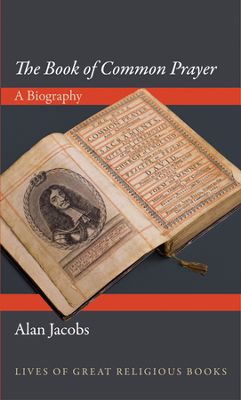 Dr. Jacobs: That’s the subtitle of all the books in the Lives of the Great Religious Books series. The idea that Fred Appel, the religion editor at Princeton University Press, had was that great books have lives in much the same way that people do: they are born and then have many and varied adventures. The big difference is that great books don’t die!

How did the Book of Common Prayer originate and why was it given that title?

Dr. Jacobs: It originated when Thomas Cranmer, Archbishop of Canterbury in the reign of Henry VIII, decided to put into one book, and in English, all the prayers that in the medieval church had been in Latin scattered in various smaller books. That is, he wanted people to understand their public prayers. And that’s what “common prayer” is: the prayers we pray in common, that is, together in public worship.

What are some well-known phrases that come from the Book of Common Prayer?

Dr. Jacobs: There are so many! Several famous ones come from the rite for Holy Matrimony, beginning with the first words: “Dearly beloved, we are gathered here this day…” and including a number of other phrases: “To have and to hold, from this day forward,” “With this ring I thee wed,” etc. And then from other rites:

You’ll notice that many of these passages strongly echo Scripture. This was very important to Cranmer.

Why was the Book of Common Prayer needed; wasn’t the Bible sufficient?

Dr. Jacobs: One of Cranmer’s chief concerns was to teach people the Bible. The Book of Common Prayer was accompanied by a Book of Homilies, the very first one of which is called “A Fruitful Exhortation to The Reading and Knowledge of Holy Scripture.” It begins like this:

“To a Christian man there can be nothing either more necessary or profitable than the knowledge of holy Scripture, forasmuch as in it is contained God’s true word, setting forth his glory, and also man’s duty. And there is no truth nor doctrine necessary for our justification and everlasting salvation, but that is (or may be) drawn out of that fountain and well of truth.”

So you really can’t have a higher view of the authority and sufficiency of Scripture than Cranmer did. The Book of Common Prayer adds nothing to Scripture and is not the means of salvation. It was meant just to provide a form of words and actions to guide and direct public worship. It should be remembered that very few Christians, at that point in the mid-sixteenth century, practiced extemporaneous worship. Almost everyone used set forms. Cranmer just wanted the Church of England’s to be in understandable English and to be derived as closely as possible from the Bible.

What were a few of the controversies surrounding the book throughout its many years?

Dr. Jacobs: The main ones were these:

Why were different editions created for different countries?

Dr. Jacobs: A nearly universal belief in Europe in the sixteenth century was Cuius regio, eius religio: “Whose realm, his religion”—that is, every country should have just one religion (one Christian “denomination,” as we would now say) and that should be determined by the monarch. So Cranmer was just trying to create a prayer book for his country, for England. He never expected that it would be used elsewhere—though, because of the spread of the British Empire, it was. But eventually all those colonies wanted the right to make their own prayer book, especially when they ceased to be colonies. The prayers for the King didn’t sit too well with American revolutionaries!

To what do you attribute the book’s longevity?

Dr. Jacobs: The beauty of its language and its closeness to Scripture. Consider one famous prayer, a Communion prayer usually called the Prayer of Humble Access:

“We do not presume to come to this thy Table (O merciful Lord) trusting in our own righteousness, but in thy manifold and great mercies. We be not worthy so much as to gather up the crumbs under thy Table. But thou art the same Lord, whose property is always to have mercy: Grant us therefore, gracious Lord, so to eat the Flesh of thy dear Son Jesus Christ, and to drink his Blood, in these holy Mysteries, that we may continually dwell in him, and he in us, that our sinful bodies may be made clean by his Body, and our souls washed through his most precious Blood. Amen.”

The heart of this passage is its evocation of Matthew 15:21-28, where a Canaanite woman whose daughter is possessed by demons pleads with Jesus to let her have some of the crumbs from the master’s table; though the centurion who declares that he is not worthy to have Jesus enter his home (Matthew 8:8) is also a strong presence here. These stories about non-Jews remind us that Gentiles claim God’s mercy by virtue of having been “grafted in” to the Covenant (Romans 11:13-24).

That God is characterized by his great and abundant mercy is a constant theme in Scripture, perhaps the most relevant passage echoed here being 1 Peter 1:3. That we cannot trust in our own righteousness is one of the Apostle Paul’s strongest themes and the explicitly stated message of the parable of the Pharisee and the Tax Collector in Luke 18:9-14. And of course, the eating of Christ’s flesh and drinking of his blood is a close paraphrase of John 6:52-58.

The artfulness with which Cranmer wove together all these biblical passages—and my list is not complete—is truly astonishing. And that is what accounts for the long life of this book, in its many forms.

After 500 years, how is it still relevant today?

Dr. Jacobs: I think any foundation for public prayer that is so thoroughly saturated with Scripture will always be relevant—but I also think that some of the people who have sought to revise the prayer book to make it relevant have stripped away the biblical language and biblical theology, and that has been unfortunate. I do not think their versions will last very long at all.

What do you say to those who believe the book promotes empty ritualism?

Dr. Jacobs: It can!—just as unstructured forms of worship can degenerate into emotionalism and spiritual thrill-seeking. To worship the Lord “in spirit and in truth” (John 4:24) is both a discipline to be practiced and a gift to be prayed for. All Christians, I think, are regularly tempted to stray from the true worship of the true God. But for those of us who love the prayer book, it is a strong and faithful guide to keeping us focused on the Word of God and, above all, on the One to whom that word bears witness: Jesus Christ (John 5:39).

Why do you believe the book can be considered evangelical?

Dr. Jacobs: In making his prayer book, Thomas Cranmer wanted to make sure that the people of England were constantly exposed to Holy Scripture in a language they understood, working through the whole of the Bible regularly and the Psalms every month, while following a calendar that rehearsed in every church year the whole story of salvation starting with the Fall and culminating in Christ’s unique sacrifice of himself on the Cross and his glorious resurrection, the benefits of which we are not worthy to receive on any merits of ours—”we are not worthy so much as to gather up the crumbs from under Thy table”—but only through the purest grace extended on the basis of Christ’s unique status as Lord and Savior. How can you get any more evangelical than that?

What do you see as the Book of Common Prayer’s future?

Dr. Jacobs: It has a wonderful future ahead of it—as long as those who teach it and use it and revise it and promote it stay faithful to Cranmer’s great vision. That is something I pray for.

Bio: Dr. Alan Jacobs (PhD, University of Virginia) is the author of numerous periodical articles and books, including The Pleasures of Reading in an Age of Distraction (Oxford University Press, 2011), Original Sin: A Cultural History (HarperOne, 2008), For the Time Being: A Christmas Oratorio (Eerdmans, 2008), and The Narnian: The Life and Imagination of C.S. Lewis (Harper, 2005).