The New Matthew Bible (NMB) is a gentle update of the 1537-1549 Matthew Bible, which was an important Bible of the English Reformation. It contained the Scripture translations of two men, William Tyndale and Myles Coverdale.
The New Matthew Bible is not a new translation, but is the original work with only obsolete spelling, language, and grammar updated. The New Testament has been completed, and the Old Testament is in progress. The editor, Ruth Magnusson Davis, works from an original 1549 rag paper Matthew Bible, a reprint of the 1537 edition.
About the Matthew Bible
William Tyndale and Myles Coverdale lived in an age when it was illegal to translate the Bible into English. Nonetheless, Tyndale translated the New Testament of the Matthew Bible, and about half of the Old. However, he was not able complete his work before he was captured and imprisoned by Roman Catholic authorities. He died a martyr, burned at the stake in 1536. The rest of the Old Testament and the Apocryphal books of the Matthew Bible were contributed by Myles Coverdale, who was a foremost leader among the early Reformers. He translated chiefly from German sources, including Martin Luther.
A third man, John Rogers, collated Tyndale’s and Coverdale’s work to make a complete Bible. He also added notes to explain the meaning of Hebrew idioms, give historical information, and more. He published his Bible in 1537 under the pseudonym “Thomas Matthew” in order to conceal Tyndale’s involvement, because all Tyndale’s work was outlawed in England. From this pseudonym came the name “Matthew Bible,” or “Matthew’s Version.” Then King Henry VIII, unaware of its true authorship, licensed the Matthew Bible for use in the churches.
Not only William Tyndale, but also John Rogers was martyred for his work. After the Roman Catholic monarch Queen Mary ascended the throne in 1553, she removed English Bibles from the churches and pursued the men who had been involved in making them. Rogers was put in prison, and in 1555 was burned at the stake. Thus, both he and William Tyndale sealed their work with their blood.
The Matthew Bible is the only English Bible that was bought with the blood of its authors, and so it may truly be called an apostolic work. With all Rogers’ notes and study aids, it was also the first English study Bible.
The project to update the Matthew Bible
In 2009, editor Ruth Magnusson Davis, a retired lawyer with a degree in languages, founded the New Matthew Bible Project to re-publish the Matthew Bible with minimal updating. William Tyndale once wrote, “words that are not understood, profit not.” The goal of the NMB Project is to make the Matthew Bible understandable for the profit of readers today. In 2016 the New Testament was published as The October Testament. Davis has also written the world’s only history of the Matthew Bible, called The Story of the Matthew Bible, in two parts.
Few are aware that the Matthew Bible formed the base of the Great Bible, and then the Geneva, Bishops’ and King James versions, which were all subsequent revisions. However, people will recognize the familiar language. Davis has guarded the historic language and all the truth, spirit, and teaching of the original work, yet with careful attention to grammar and linguistics to make the meaning clear.
The October Testament, the New Testament of the New Matthew Bible
More information about the New Matthew Bible Project, is at:
www.baruchhousepublishing.com
www.newmatthewbible.org
AllOTNT

Copyright © 2016 by Ruth Magnusson (Davis). All rights reserved. This book may not be reproduced in whole or in part in any form (beyond such copying as is permitted by applicable law and except for reviewers for the public press), without written permission from the publisher.

These Scriptures are not shareware and may not be duplicated.

When quotations from the NMB (New Matthew Bible) text are used in non-salable media such as church bulletins, orders of service, posters, transparencies or similar media, a complete copyright notice is not required, but the initial NMB must appear at the end of each quotation.

Ruth Magnusson Davis founded Baruch House Publishing in 2005 to publish her first book, True to His Ways. In 2009 she founded the New Matthew Bible Project, to focus on increasing awareness of the Matthew Bible, and to update it so that people today may appreciate its fullness and truth. The updated version will be known as the New Matthew Bible or ‘NMB.’
The little-known Matthew Bible was first published in 1537. The work of three men, it includes Tyndale’s New Testament and his Old Testament translation from Genesis through to 2 Chronicles. The rest of the Old Testament and most of the Apocrypha are the work of Myles Coverdale, who translated mainly from Martin Luther’s German Bible; his work therefore has all the clarity and flavour of that great Reformer. Then a third man, John Rogers, compiled Tyndale’s and Coverdale’s translations, added commentaries and study helps, and published the whole under the name ‘Thomas Matthew.’ The reason for the pseudonym was to conceal the involvement of William Tyndale, whose work had been outlawed in England. Rogers’ work became known as the Matthew Bible or Matthew’s version. 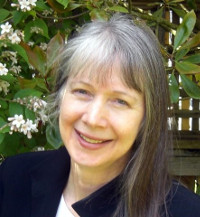 Ruth Magnusson Davis is a retired lawyer and student of early modern English and the Reformation. In 2009 she retired from her law practice to devote herself to the New Matthew Bible project. In 2016, the NMB New Testament was published, called The October Testament. It contains not only Tyndale’s New Testament, but also Rogers’ notes and commentaries and Tyndale’s prologues, all gently updated for today.
Also from Baruch House, look for The Story of the Matthew Bible. This is the first book ever devoted just to telling the neglected history of the Matthew Bible and the men who died for it.
Publisher website: www.baruchhousepublishing.com
Information about the NMB Project: www.newmatthewbible.org