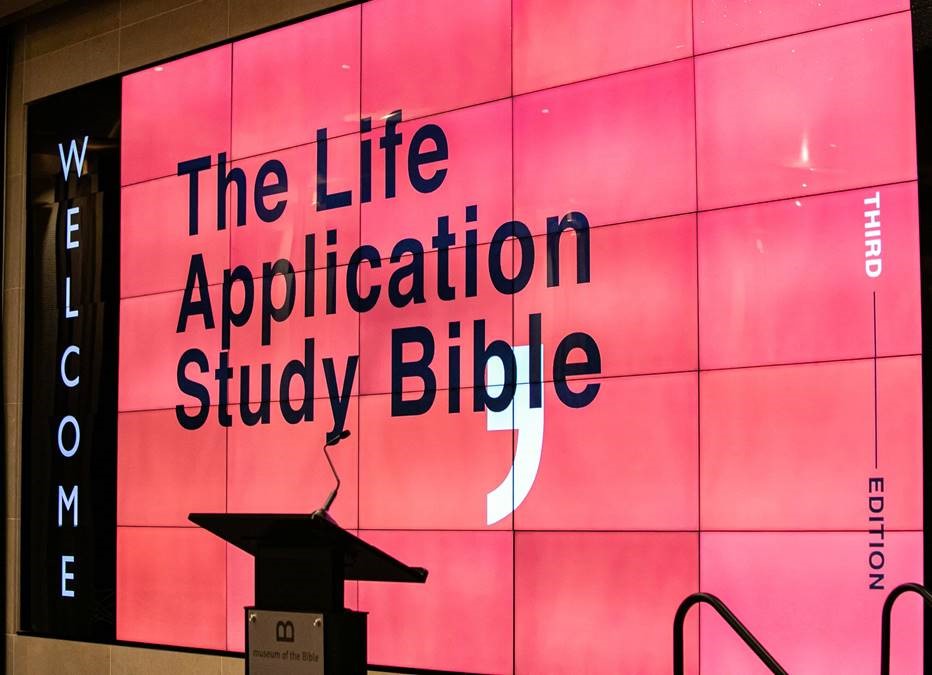 The location and timing of Tyndale’s launch event for one of history’s most popular Bibles, the Life Application Study Bible, Third Edition (Tyndale House/Zondervan, 2019)—simultaneously released in both the New Living Translation (NLT) and the New International Version (NIV) Bible translations—provided ready evidence of the importance of the Bible and the need for peace.

The thought-provoking and celebratory reception and program were conducted on October 17 at the top floor of the beautiful Museum of the Bible, overlooking a Washington, DC embroiled in partisan turmoil, and on a day when a cease fire was achieved on the Syria-Turkey border.

US Vice President Mike Pence sent a greeting for those at the event. It read, in part: “I would have liked to have attended, but I was asked by President Trump to travel to Turkey to have our own “peace talks” today. I send my greetings to all of you gathered and wish you a good evening. I pray that we will, indeed, experience the peace that is taught in Scripture.”

[Read the Bible Gateway Blog post, New Edition of the Life Application Study Bible to Be Released in October]

The program featured addresses from Dr. Barry Black, chaplain of the US Senate; Ron Beers, Tyndale Senior Vice President/Publisher and founding and general editor of the Life Application Study Bible; and Dr. Ed Stetzer, director of the Billy Graham Center at Wheaton College. Dr. Stetzer is the author of Christians in the Age of Outrage (Tyndale, 2018).

Father Patrick Conroy, chaplain of the US House of Representatives, provided the closing prayer.

[Read the Bible Gateway Blog post, Like a Smartphone, the Life Application Study Bible Is Updated: An Interview with Ron Beers]

In his address, Ron Beers emphasized the unique contribution of the Life Application Study Bible (LASB):

“The idea for the Life Application Study Bible came to us back in the early 1980s when we were using the very few study Bibles that were available then (I think there were only five or six). We read study notes about phylacteries, but found no notes about priorities, purpose, or peace. There were study notes about wormwood, but not worry; the town of Gozan but not the topic of generosity. There were notes about hyssop but not homelessness.

“If the Bible is God’s timeless message for godly living for today, it should have a lot to say about these important life issues and felt needs we face every day. And it does! So we committed ourselves to developing a study Bible that focused on applying God’s Word to everyday life.”

The LASB has, to date, sold more than 20 million copies in the USA alone, making it the #1 selling study Bible of all time. The LASB Third Edition is co-published by Tyndale and Zondervan. Helen Schmitt, brand director of the NIV, represented Zondervan at the event. 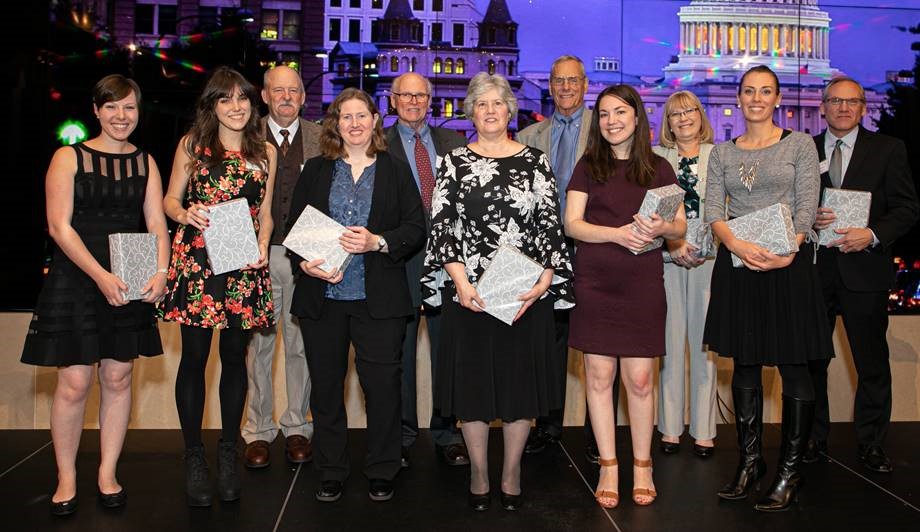 In a moving ceremony that reflected the continuity and change of the LASB, the original editors who shaped the first edition of the LASB in the 1980s (and contributed to the new edition) appeared on-stage with a next-generation team that collaborated to produce the Life Application Study Bible, Third Edition,.

“The Life Application Study Bible is an extraordinary Bible. Those of us who have worked on it have been amazed by its broad reach in this country and around the world and its impact on people’s lives. We consider our involvement in this Bible a privilege and a sacred trust.

“In the world of Bibles, the Life Application Study Bible is a phenomenon. The largest category of Bibles is study Bibles, and the LASB dominates the category.

“More than 20 million copies of the LASB have been sold in the US—and millions more internationally—making it the #1 selling study Bible in history and every year. But the numbers insufficiently describe the impact this Bible has had on the lives of its readers, on the trajectory of families and churches; indeed, on the reach of the kingdom of God. As we’ve talked to people who’ve depended on the LASB over the last 31 years, we’ve learned that it’s often cherished like a friend who has had a role in a person’s growth and transformation.

“With the release of the Third Edition, we are grateful for the opportunity to introduce this Bible to new generations of believers, and to renew the experience and the discipleship of the millions of people who have loved the earlier editions.”

The entire ceremony can be viewed as a Facebook event.

Get to know the Bible better! Try Bible Gateway Plus today!