Blog / The Bright and Dark Sides of King David: An Interview with Mark Rutland

The Bright and Dark Sides of King David: An Interview with Mark Rutland 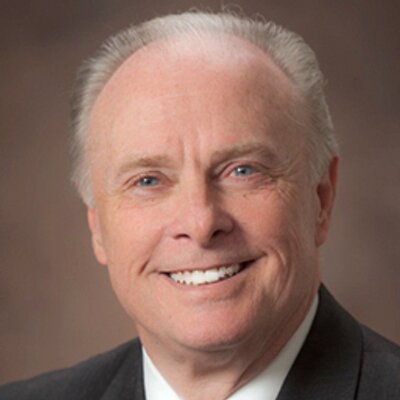 The Bible describes King David as “a man after God’s own heart,” yet it recounts David’s many indiscretions and sins. Do we really reckon with who he was? Have we reduced him to a shepherd boy with a slingshot? How do we come to terms with this flawed-but-mighty king in all his moral complexity? 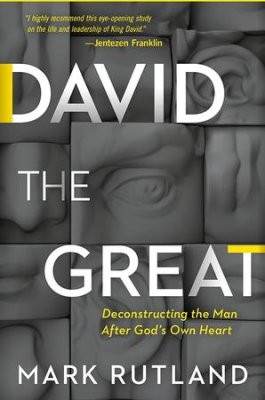 Who is King David in The Bible?

Mark Rutland: It’s, in fact, impossible to grasp a comprehensive view of the history of the people of God without some understanding of David’s important role in that story. The Bible strongly makes the point that Messiah, namely Jesus Christ, was a descendant of David. Acts 14:23 is a perfect example. Throughout the Gospel accounts it’s clear that this reality was an important part of the understanding of first century Judaism. Even the “man in the street” knew Messiah would spring forth from David’s line (Luke 18:38). In addition to his place in the messianic story, the Bible reveals David, as a man, to be a multifaceted genius in genres as diverse as military strategy and poetry. He’s also the true founding monarch of his nation, Saul notwithstanding, and certainly the founder of Jerusalem (1 Chron. 11).

What do you mean that your book is meant to de-comic book David?

Mark Rutland: Many have only the child’s storybook version of David which is over-simplified, sanitized, and non-biblical. Many who remain biblically illiterate know and use the phrase “David and Goliath” and don’t even know it’s from the Bible. They think of little David and his sling shot as they think of Jack and the Bean Stalk. Likewise, others know the basic story of David and Bathsheba but think it’s from Shakespeare. Even some Bible readers have a VBS view of David—the cute kid stuck on a felt board—but lack the robust picture of the complex and often conflicted man and leader whom Scripture reveals.

Why is it important to understand David’s gritty side?

Mark Rutland: First of all, it’s important simply because it’s in the Bible. God included the darker stories of Scripture for a reason and we ignore them—any of them, and there are plenty—at great cost to ourselves. Biblical cautionary tales are neat to do precisely that: caution us. Furthermore, we should read of David’s darkest seasons because they reveal two great realities: the terrible cost of sin and the wonderful grace of God.

Describe the times in which David lived.

Mark Rutland: David was born, 3000 years ago, which places him at the end of the Bronze Age. The technology of iron was so new that the Bible goes out of its way to say that Goliath’s spearhead was made of iron (1 Sam. 17:7) while the rest of his armor was bronze. It was a primitive violent time of constant war, invasion, and conquest.

How do you see David as a strange boy?

Mark Rutland: I think it’s impossible that his elder brothers did not think of him that way when he told of his supernatural victories over dangerous animals which attacked his sheep. Furthermore, he was a child prodigy at music whose fame reached all the way to King Saul’s pavilion. They thought him a strange child and perhaps an arrogant little liar. Witness Eliab”s accusation in 1 Samuel 17:28.

Describe how the Bible recounts David’s dark side.

Mark Rutland: The Bible pulls no punches, not for David nor for anyone. David’s most notorious sin is certainly his affair with Bathsheba and his murderous plot to cover it up. However, that’s not his most destructive sin. The forbidden census which David ordered, against counsel, resulted in a horrible plague from which some 70,000 Israelis died. David was a violent man in a violent world, a polygamist, an adulterer, and a murderer. There just isn’t any way to avoid seeing that if we read and believe the Bible.

How can the Bible call that same person a man after God’s own heart?

Mark Rutland: That’s the question. THE question. The answer lies in David’s unwavering grasp of God’s character. In the face of his own horrible sin with Bathsheba he repented, confessed, endured the pain that followed and wrote Psalm 51 memorializing his sin forever, instead of hiding it. Furthermore in that great Psalm, David pleads for redemption through the blood, and sanctifying grace in the power of the Holy Spirit. David’s heart was after God’s heart. Certainly he sinned. Big time. But David’s deepest self knew the goodness and grace of God and never let go of it.

What do you hope to achieve in the lives of your readers?

Mark Rutland: Above all things I hope the readers of David the Great understand that the real story is not the greatness of David but the greatness and grace of David’s God. If we can understand that, we can believe that despite our own failings the grace of Almighty God can still bring us to our destiny, though certainly ours may not be as grand as David’s.

What is your favorite Bible passage and why?

Mark Rutland: Without question it’s Psalm 23. That may seem a trite choice to some, but that great poem of David is dear to my soul. In a previous book, 21 Seconds to Change Your World, I documented the redemptive ministry of Psalm 23 to my inner self, along with the Lord’s Prayer, at a difficult season in my own life.

Mark Rutland: I’m proud to endorse Bible Gateway as a usable, accessible instrument of personal growth and discipleship. In this stressful and frightening century upon which we’re now entered, we need every vehicle through which persons can find, learn and grow in the power and truth of the Word of God. Among those using modern technology, none is better than Bible Gateway. Thank you for allowing me to share with your constituency the great complicated story of David the Great.

Bio: Mark Rutland, PhD, is a New York Times bestselling author of such books as David the Great, Most Likely To Succeed, Character Matters, and 21 Seconds to Change Your World and columnist for Ministry Today magazine. He is currently the president of Global Servants and the National Institute of Christian Leadership, having served previously as the pastor of a mega-church and president of two universities. Rutland and his wife, Alison, have been married and in ministry together for more than 50 years. They have three children and nine grandchildren. Through their ministry, Global Servants, the Rutlands established House of Grace home for tribal girls in Chiang Rai, Thailand, to protect little girls from child sex trafficking. Since 1986 House of Grace has been “saving little girls for big destinies.” Its work in West Africa, largely in remote villages, has built churches and village hygiene services in five countries. For speaking appointments Rutland is represented by Premiere Speakers Bureau.

You’re missing out if you’re not yet a member of Bible Gateway Plus. Try it right now!