Blog / A Tour Through the Bible: An Interview with John Goldingay

A Tour Through the Bible: An Interview with John Goldingay 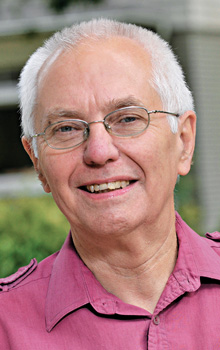 Approaching the Bible for the first time can be intimidating. At 66 books, nearly 800,000 words, and numerous kings, prophets, and deliverers, as well as priests and apostles, where should you begin? In what order should you read it? Is there an alternative to reading the Bible from Genesis to Revelation?

[Select the right Bible Gateway Bible reading plan for you]

[Browse the books by John Goldingay in the Bible Gateway Store] 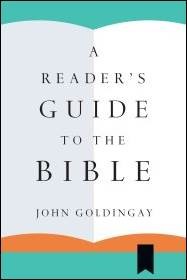 Explain the history and composition of the Bible for someone new to it.

John Goldingay: The Bible is a collection of writings by lots of different people written over maybe a thousand years, from a number of centuries before Jesus to a century after Jesus. I often like to refer to it as “the Scriptures” (which is the word that comes in the Bible itself), to make that point about it being lots of writings that were originally separate. What these writings have in common is that “the Old Testament” is writings that grabbed the Jewish people; writings that convinced them that they were God’s word to them. And “the New Testament” is writings that grabbed people who believed in Jesus in the same way. So put together, they’re a collection of what Christians need to know about Christian faith.

Why do Catholic and Orthodox Bibles have more books in them than do Protestant Bibles?

John Goldingay: Because the church came to accept some of Jewish writings as scriptures which the Jewish people themselves had not accepted. Then when church people realized what had happened, some of them thought we should take out those extra ones.

Why do you spend time in the book describing the land of the Bible?

You group the books of the Bible into three categories: the story of God and his people, the word of God to his people, and the people’s response to God. Which books go where and why?

John Goldingay: The story is roughly Genesis to Esther and Matthew to Acts. The word of God to his people is roughly the Prophets and the Letters of Paul and other people. And the response is chiefly the Psalms. They go there because that’s the nature of the thing that they are: stories or God speaking to people or people speaking to God.

What are some of the dominant themes running through the Bible of which the modern reader should be aware?

John Goldingay: That God is real and has been involved with the world and with Israel over the entire story that it tells. That God has been working at a purpose to have a good world. That he’s spoken to people and explained things so that we can understand what he’s been doing and is going to do and can come to understand ourselves. And that he wants to hear from us.

Why do you say, “In some respects, the Epistles are the most surprising part of the Bible”?

How should a person use your book in connection with reading the Bible?

John Goldingay: I guess you could read a chapter about a particular book, then read the book, then maybe read the chapter again.

What’s a favorite Bible passage of yours and why?

John Goldingay: “Enjoy life with the woman whom you love all the days of your fleeting life which he has given to you under the sun.” That’s Ecclesiastes 9:9. I like the invitation to enjoy life, to enjoy love, to see life as a gift from God, but also to be real about the fleeting nature of this life. (The word for “fleeting” is the word for a breath.)

John Goldingay: I LOVE the online scriptural resources—for example, all the different translations of a verse. I used it to get a translation of that Ecclesiastes verse that I liked. I use them nearly every day.

Goldingay also serves as priest-in-charge at St. Barnabas Episcopal Church, Pasadena. He holds membership in the Society of Biblical Literature and the Society for Old Testament Study, and served on the Task Force on Biblical Interpretation in the Anglican Communion and the editorial board for the Library of Hebrew Bible/Old Testament Studies.

Get to know your Bible better! Try Bible Gateway Plus right now!