Blog / Did You Know Jesus’ Ancestors Are Not Who You Think They Are?

Did You Know Jesus’ Ancestors Are Not Who You Think They Are?

Jeremy Bouma
Jeremy Bouma (Th.M.) has pastored on Capitol Hill and with the Evangelical Covenant Church in Michigan. He founded THEOKLESIA, which connects the 21st century Church to the vintage Christian faith; holds a Master of Theology in historical theology; and makes the vintage faith relevant at jeremybouma.com.

The story of one of history’s most famous persons begins in a manger. It ends on a cross… and then at an empty tomb.

Of course, I’m talking about Jesus of Nazareth, whose birth we celebrate at Christmas, and whose death and resurrection we commemorate at Easter.

[Read the Bible Gateway Blog post, Did You Know the Saying “God Helps Those Who Help Themselves” Isn’t in the Bible?]

You probably know those stories well. But do you know the backstory? The backstory filled with ancestors who most people would be embarrassed to call their own? Probably not; most people skim over the long list of names that outlines Jesus’ genealogy in Matthew 1. But when we examine that list of names more closely, we discover that it contains some people you’d never expect to find in the ancestry of God’s promised Messiah.

Most spiritual and political leaders in the ancient world would have presented an impressive and carefully whitewashed family tree as evidence of their worthiness to hold power. They’d point to great kings and heroes in their ancestry as a way of establishing their credentials. But that’s not what Jesus did.

So who are these misfits in Jesus’ family tree?

[Read the Bible Gateway Blog post, Did You Know That the Founder of Christianity Was Jewish?]

Jesus’ ancestry included a prostitute, a polygamist, and a pagan. Even a rapist!

Don’t believe me? Read for yourself the opening passage in the first chapter in Jesus’ story, Matthew 1, and check out some of the colorful characters listed there. Here are some of the most infamous. 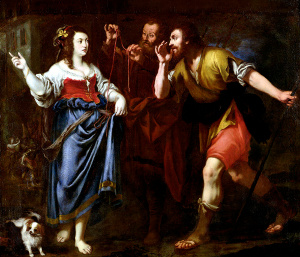 One of the most surprising members of Jesus’ family tree is Rahab, who has been known for generations as Rahab the Prostitute. She was the one who welcomed Israelite spies safely into her home in the city of Jericho—an act that eventually led to the city’s destruction. 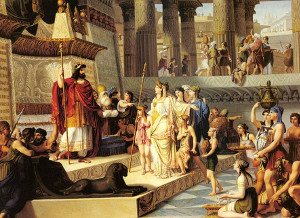 That Solomon was an ancestor of Jesus doesn’t seem all that surprising. After all, he was the son of the famous King David and was responsible for one of the most important building projects in Israel’s history: the building and dedication of the Lord’s glorious temple. The temple served as a point of overlap for heaven on Earth, where daily and yearly sacrifices were performed to atone for the sins of the people. It was Israel’s central and most sacred religious monument, as well as Solomon’s crowning achievement.

There’s only one problem: while overseeing this sacred project, Solomon kept a harem of 700 wives and 300 concubines, as 1 Kings 11:3 reveals. He was hardly a model of family values! What’s more, most of these wives worshipped false foreign gods, and turned his heart away from the Lord. Solomon’s career began in glory but ended in great moral disappointment.

And yet there he is: polygamist king Solomon, one of the great-grandfathers of the Son of God.

One of the most remarkable members of Jesus’ family tree is Manasseh. Like many of Israel’s ancient kings, “he did evil in the eyes of the Lord, following the detestable practices of the nations…” (2 Kings 21:2).

How detestable? He created places to worship false gods. He built altars and shrines to the pagan gods Baal and Asherah—even within the Temple of the Lord that Solomon built! He worshiped the stars, moon, and planets; he practiced witchcraft and consulted spirits and mediums. All of these acts flew in direct contrast to God’s law and wishes for his people.

But that’s not all! Manasseh sank to an even greater moral depth: he sacrificed his own son in pagan worship. Yet this reviled king was also one of Jesus’ ancestors, which Matthew’s gospel exposes for all the world to see.

Then there’s David, the most celebrated, beloved king of Israel—a man the Bible says as a man after God’s own heart. Surely David was a worthy ancestor for the Messiah… right? 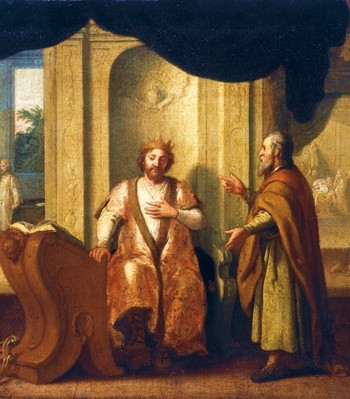 While in many respects he was an upright king who led Israel to worship the Lord and follow his commands, there’s a dark stain on David’s legacy that many people overlook: he was also a rapist and murderer.

The infamous story of David and Bathsheba describes David surveying his kingdom from a position of power. When he saw a beautiful woman bathing, he sent a servant to find out more about her. Then he slept with her. All this even though he was married and she was married—to one of David’s own loyal and elite warriors!

This episode in David’s life has traditionally been described as “adultery,” but it was much more than that. The original Hebrew indicates that David sent people to “take” Bathsheba. David exploited the unequal power dynamic between king and commoner in order to use Bathsheba for his pleasure.

By most definitions, that’s rape.

But there’s more: in order to cover up his sin (which had resulted in pregnancy), David arranged to have Bathsheba’s husband Uriah killed. David had abused his power and position to take Bathsheba for sex. Now he compounded that sin by using his position to carry out a murder.

Hopefully your ancestors are far less colorful than Jesus’!

Remarkably, the Bible doesn’t cover up all the broken, sinful people in Jesus’ family tree. Rather than discrediting Jesus, his broken family tree makes Jesus the perfect candidate to identify with our own sin, brokenness, and rebellion.

That’s the good news about Jesus: he was one of us. He lived our life, experiencing the same everyday joys and frustrations that we do. He heard the sordid tales of prostitution, polygamy, paganism, rape and murder in his family tree, and he knew the ghastly and long-lasting effects of all that family sin. While Jesus himself never sinned—he lived in perfect holiness and obedience—he understands our own sinful impulses. He knows what temptation feels like.

We don’t always think about the fact that Jesus was a real, live person. But it is vital to the good news about Jesus that he was. The book of Hebrews reminds us about this crucial aspect of the world’s Savior:

Since the children have flesh and blood, he too shared in their humanity so that by his death he might break the power of him who holds the power of death—that is, the devil—and free those who all their lives were held in slavery by their fear of death. — Hebrews 2:14–15 (NIV)

For we do not have a high priest who is unable to empathize with our weaknesses, but we have one who has been tempted in every way, just as we are—yet he did not sin. Let us then approach God’s throne of grace with confidence, so that we may receive mercy and find grace to help us in our time of need. — Hebrews 4:15–16 (NIV)

Because Jesus shared in our humanity, he was able to pay the penalty for our sins in our place. He stands in as a substitutionary sacrifice to God, in order to give us freedom. And because Jesus lived our life, he experienced all that life can throw at us—including messy family trees, slander and accusation, and even temptation.

Jesus experienced life’s full spectrum. Which means he can sympathize with our weakness and with all the messy bits of our lives. And beyond merely sympathazing with us, he paves the way for us to come boldly to God to get the grace and mercy we so desperately need.

This is the kind of fascinating Bible insight you’ll gain when you upgrade to Bible Gateway Plus!
You’ll be equipped and empowered to answer your questions about the Bible.
Try it free for 30 days!

Image notes: the paintings above depict Rahab meeting with Israelite spies, King Solomon holding court, and King David being rebuked by a prophet for his sins against Bathsheba and her husband.

Filed under Did You Know?