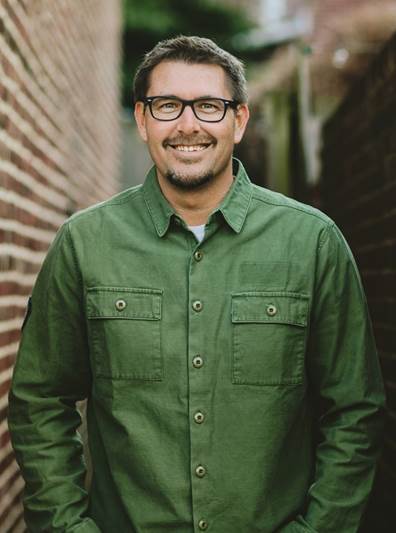 Do we dare believe that God can speak into our lives powerfully and tangibly? Jesus did this. During his earthly ministry he healed the sick, opened the eyes of the blind, and even raised the dead. What if he would do these things today?

How do you define “miracle” and its place in today’s world?

Dr. Batterson: Our planet is speeding through space at an average velocity of 67,108 miles per hour. That’s not just faster than a speeding bullet. It’s 87 times faster than the speed of sound. If that isn’t miraculous, I don’t know what is. Yet when was the last time you thanked God for keeping our planet in orbit? I’m guessing never! My point? There are microscopic and macroscopic miracles all around us all the time, but if you aren’t looking for them you won’t see them.

Every breath of air. Every second of time. Every thought that fires across your synapses. Every sunset and moonrise. Each of them is miraculous in their own way. 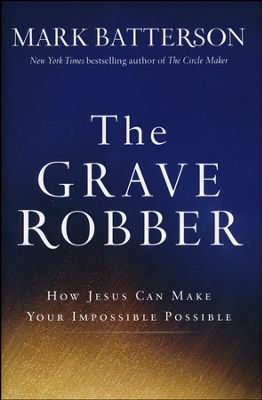 Dr. Batterson: There are moments in life when God doesn’t just show up; he does something so unpredictable and unforgettable that it marks you forever. Jesus could have showed up before Lazarus died and healed him, but he choose to show off His power by raising Lazarus from the dead four days after his funeral.

You say there are 34 miracles recorded in the Gospels. What are the seven miracles Jesus performs in the Gospel of John and why do you focus on them?

Dr. Batterson: I’ve always been fascinated by the seven signs that John spotlights. John could have chosen any of the miracles, but I think he chose these seven to reveal different dimensions of Jesus’ mastery—from water molecules, to blind eyes, to death itself. Each miracle is a microcosm. They don’t just reveal what Jesus did past-tense. They reveal what He wants to do present-tense in our lives. The seven miracles in John’s Gospel are prologues to the miracles he wants to do in our lives!

What is “inattentional blindness” and what does it have to do with Christians seeking a deep relationship with Jesus?

Dr. Batterson: Inattentional blindness is the failure to notice something in your field of vision because you’re focused on something else. The first-century Pharisees are a great example. They were so focused on Sabbath law that they couldn’t see the miracles happening right in front of their eyes. Jesus healed an invalid who hadn’t walked in 38 years, gave sight to a man born blind, and restored a man’s withered arm. But the Pharisees missed the miracle, and missed the Messiah, because they were blinded by their legalism. They couldn’t see past their religious assumptions.

Inattentional blindness can be as intentional as turning a blind eye to something you don’t want to see, like the Pharisees did. It can also be as unintentional as fading awareness of the constants in your life that you take for granted over time.

Explain what you identify as one of the boldest statements in the Bible.

Dr. Batterson: In John 14:12, Jesus said, “Whoever believes in me will do the works I have been doing, and they will do even greater things than these.”

It would sound like heresy if it didn’t come from the lips of Jesus. It’s one of those verses that we tend to rationalize, so let me tell you exactly what it means. If you follow Jesus, you’ll do what He did. You’ll care for the poor, you’ll wash feet, and you’ll offend some Pharisees along the way. You’ll also traffic in the miraculous. And it won’t just be as an eyewitness. It’ll be as a catalyst. You are someone else’s miracle!

Make no mistake about it: only God can perform miracles. So God gets all of the glory. But nearly every miracle has a human element. And if you do the natural, God will do the supernatural.

How do you respond to critics who say it’s presumptuous to pray for and expect God to perform specific miracles in people’s lives?

Dr. Batterson: I’m a simpleton: if we do what they did the in Bible, I believe God will do what He did. It’s not our job to tell God how or when or where to do a miracle. But we’ve got to believe that He is able to do immeasurably more than all we can ask or imagine!

God loves to reveal His glory. And one of the ways He does it is by performing miracles. To believe God for anything less dishonors God.

Is there danger in reading Scripture with a fixation on miracles?

Dr. Batterson: God’s will is God’s glory. Plain and simple. And it’s important to keep that in mind. God does miracles to reveal His glory. Of course, sometimes He chooses to reveal His glory in other ways. And that can even include suffering. The sixth sign is a great example of this.

I offer an important warning at the beginning of the book: don’t seek miracles. Seek Jesus. And if you seek Jesus, you’ll eventually find yourself in the middle of some miracles. Why? Because that’s who Jesus is. That’s what Jesus does.

What do you want readers of The Grave Robber to be left with when they finish the last page?

Dr. Batterson: Oliver Wendell Holmes once said, “When a person’s mind is stretched by a new idea, it never returns to its original dimensions.” I think reader’s will be stretched by the science and history in this book, but ultimately, I pray that their faith is stretched in new ways.

When Jesus walked out of the tomb, the word impossible was removed from our vocabulary. The resurrection isn’t just something we celebrate once a year on Easter. It’s something we celebrate everyday in everyway. God doesn’t just make bad people good. He brings dead people to life. He’s The Grave Robber. And I hope that readers experience a resurrection in their lives as they read.

I hope readers discover or rediscover Jesus all over again—the One who calls us out of our tomb of sin and gives us a second chance, a second life.

Bio: Mark Batterson is The New York Times bestselling author of The Circle Maker. The lead pastor of National Community Church in Washington, DC, Mark has a doctor of ministry degree from Regent University and lives on Capitol Hill with his wife, Lora, and their three children.