Blog / How to Live the Bible — Image Is Everything

How to Live the Bible — Image Is Everything

This is the sixty-first lesson in author and pastor Mel Lawrenz’ How to Live the Bible series. If you know someone or a group who would like to follow along on this journey through Scripture, they can get more info and sign up to receive these essays via email here.

Be the first to know about Mel Lawrenz’s newest book, How to Study the Bible: A Practical Guide, plus resources.

I do not know who first coined the phase “image is everything,” but whoever did captured the spirit of the contemporary world about as well as can be done. People in the public eye—politicians, entertainers, civic leaders, novelists, even sometimes spiritual leaders—often work desperately to shape and polish a public persona that will please the most people. We ordinary people pick up the cues. Are we all supposed to be images pleasing to some external eye? 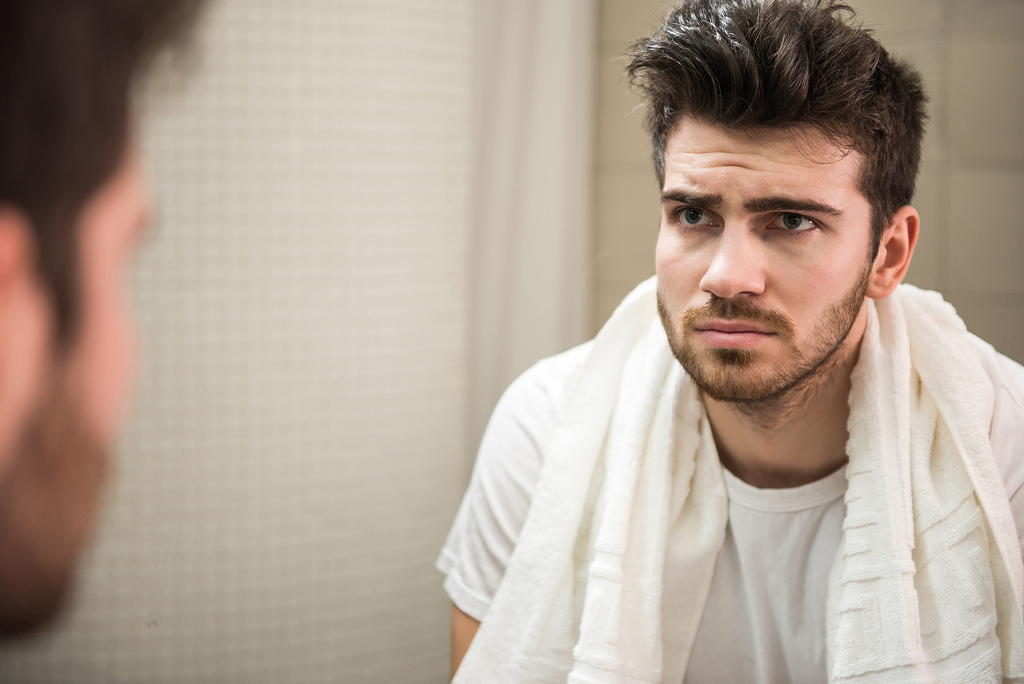 Here is the truth of the matter: image really is everything. But the image that matters is a moral form—a spiritual shape—that is the manner of the way we were created.

“Then God said, ‘let us make man in our image, in our likeness. . . ‘ So God created man in his own image, in the image of God he created him; male and female he created them” (Genesis 1:27). Here, just 27 verses into the Bible, is a manifesto on all of life, based upon one basic reality about humanity; one unique characteristic: we are images of a greater being.

You get up in the morning, you look in the mirror, and reality hits. Blemish, blemish, stubble. Tousled hair, sticky eyes, foul breath. (What a great image!) Then you shrug your shoulders, step away, and walk out into this day in your world. Or do you?

This is the comical point of the epistle of James where it says, “Anyone who listens to the word but does not do what it says is like a man who looks at his face in a mirror and, after looking at himself, goes away and immediately forgets what he looks like” (James 1:22-24). The implication is not—“Go back to the mirror, man! Peer at yourself, clean yourself up, make that image sparkle!” No, James goes on to say, “But the man who looks intently into the perfect law that gives freedom. . . will be blessed in what he does.” It’s not about the size of the mirror, or how long you stand in front of it. It’s about which mirror is worth using in the first place.

James has a better alternative: look at the mirror of God’s Word, for that is where you will find a true image of who you are to be.

Genesis, as the revelation of beginnings, says that humanity is made in that image, nothing else, not horses, not flamingos, not kangaroos. Scientists tell us that the DNA of chimpanzees and humans are remarkably similar, but you just won’t see a chimpanzee performing Mozart in a concert hall or designing a submarine or going to worship. So what are those things that can only be said of human beings and God, and not of anything else in all creation?

For one thing, God is moral, and so we are (which, of course, means that we are capable of moral understanding and action, not that we always do it). Only human beings have the noble thought of “ought.” Yes, your dog may have learned not to relieve himself on the carpet in the house because he knows he’ll be locked up in his kennel if he does, but this is primitive conditioning, hardly a thing we’d call conscience. Right and wrong. Just and unjust. Fair and unfair. Pure and impure. Proper and perverse. Murder is wrong for one reason alone: the image (Genesis 9:6). Unless a person has stiffened his conscience into complete insensitivity, seared it shut, killed it dead, he will still sense that there can be found a bold black line between ought and ought-not. And for all the efforts of some in the contemporary world to make us believe that these impulses are merely the arbitrary tracings of social convention, we can still point to the soul-centered joy and satisfaction that we experience when we see the right done. Morality cannot be silenced. Morality will make all but the most darkened soul glad.

Morality is not weakness, but an exuberant shout. Morality is not narrow-mindedness, but big-heartedness. It is not a club to beat you up or to be used by you to beat others up. It is, instead, freedom—a break from a chaotic prison where it is every man for himself and the only law is force and muscle.
___________

Mel Lawrenz (@MelLawrenz) trains an international network of Christian leaders, ministry pioneers, and thought-leaders. He served as senior pastor of Elmbrook Church in Brookfield, Wisconsin, for ten years and now serves as Elmbrook’s minister at large. He has a PhD in the history of Christian thought and is on the adjunct faculty of Trinity International University. Mel is the author of 18 books, including How to Understand the Bible—A Simple Guide and Spiritual Influence: the Hidden Power Behind Leadership (Zondervan, 2012). See more of Mel’s writing at WordWay.