Throughout the years Bible Gateway has been online, we’ve heard one question asked regularly. Can you guess what it is? It’s this one:

“Which Bible translation is the best?”

This is a perfectly reasonable thing to wonder, particularly if you’re new to the Bible and are bewildered by the dozens of arcane-looking acronyms (NIV, ESV, NRSV, etc.) facing you on Bible Gateway’s Bible selection drop-down (or on the shelf at your local bookstore.)

[See the section in the Bible Gateway Store: About Translations of the Bible]

What are those questions, and why do different translators answer them differently?

Let’s find out by doing a little translation exercise of our own!

Imagine that you’re translating the following sentences into a different language:

Bob and Jane went into the house and began to argue. “You’re driving me crazy,” Jane said. “Stop beating this dead horse.”

The first sentence is pretty straightforward, right? It’s a simple description of activities that can be understood easily when translated word-for-word into most languages. Most translators will translate this in the same way.

But things get a little trickier with the second sentence: “You’re driving me crazy,” Jane said. If you translate it word-for-word, you are being very faithful to the original text in one sense. But you also risk changing its meaning for readers who don’t know that in English, driving somebody crazy means that you’re aggravating them, not that you’re actually driving them someplace or inducing insanity in them. Maybe translating it “You’re annoying me” is more accurate… but now it feels like it’s lost some of its original punch, doesn’t it? And it’s always possible that translating it this way has inadvertently stripped out an important nuance. What if, a few sentences later, Bob cracks a joke that relies on Jane having said the specific phrase driving me crazy to make sense?

And it gets even trickier with the final sentence. You know that beating a dead horse means pointlessly belaboring a settled point, but will your non-English reader? Maybe they’ll figure out what that phrase means by context, or maybe they’ll be completely stumped wondering why a deceased horse has suddenly entered the story. Maybe your reader’s language uses a completely different, unique idiom that conveys the exact same concept. Is it a more “faithful translation of the text” to translate it literally or to adapt it to the reader’s language and culture?

Now, imagine that the text you’re translating isn’t a silly paragraph like the example above, but is instead an intricate poem composed thousands of years ago in a culture that is long gone. Now add to that the understanding that you’re translating God’s holy Word, and that a poorly translated word or phrase can make a big impact on a reader’s understanding of God and the Bible! You can see why Bible translation isn’t something you can just do with Google Translate; it involves constant judgment calls and tough choices. And it’s natural that different translators are going to make different choices, even if they share the goal of translating the Bible accurately.

So-called “word-for-word” translations have the advantage of showing the reader the specific word choice and phraseology of the biblical authors. Another approach is to go “thought-for-thought.” These versions are true to the biblical author if they authentically render the intended meaning. Free translations or paraphrases often render whole sentences in new ways. These versions benefit people looking to catch the whole flow of Scripture, not so much the verse by verse meaning.

Looking to our example above, a word-to-word approach would translate the phrase “beating a dead horse” as precisely as possible. A thought-for-thought approach would use a different phrase that means the same thing but which doesn’t necessarily use the original words or phrase.

All of the Bibles you see on Bible Gateway fall into one of three categories:

Technically, all Bible translations mix the two approaches—no approach is purely word-for-word or purely thought-for-thought. Many Bibles tend toward one approach, but all fall somewhere in between the two extremes. Some Bible translations do make a special effort to evenly balance the two approaches rather than favor one or the other, and those Bibles fall into the third category above. All of these Bibles share the goal of making Scripture accurate and accessible to readers. It’s just the specific translation strategies that differ.

That’s Interesting, But You Still Haven’t Answered the Question—Which Bible is Best? 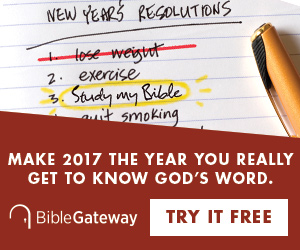 We can’t tell you exactly which Bible you should be reading. But we can help you make an informed decision about which Bible(s) are a good fit for you. Next week, we’ll dive right into this with a guided tour of the major word-for-word Bibles you can find on Bible Gateway. We’ll talk about what makes each one unique, and give you enough information to decide whether or not one or more of them are a good choice for you. After that, we’ll do the same with Bible Gateway’s thought-for-thought Bibles, and lastly we’ll take a look at a few Bibles that fall in the middle of those two approaches.

Until then, keep reading your Bible, whatever version it is! But this weekend, here are a few questions to ask about the passages you read in your Bible:

We’ll be back next week with a look at Bibles that favor the word-for-word approach. Until then, God bless your Bible reading, no matter which translation you use!