Blog / How to Live the Bible — Our Work, God’s Work

How to Live the Bible — Our Work, God’s Work

This is the one-hundred-sixteenth lesson in author and pastor Mel Lawrenz’ How to Live the Bible series. If you know someone or a group who would like to follow along on this journey through Scripture, they can get more info and sign up to receive these essays via email here.

What is work? Some people think of work only as those efforts that result in a paycheck—work equals job. But who’s going to tell a dedicated college student that his or her studies aren’t work? Try asking a mother with two kids in diapers, “Do you work?” (on second thought, don’t do it unless you’re willing to take the risk of getting a wet diaper thrown in your face). It’s much too limiting only to call a job “work.” 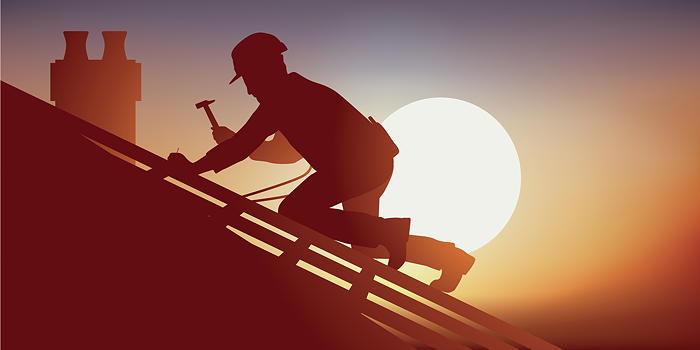 We differ in what we consider “valuable” work. In one study, Americans identified what they thought were the noblest professions: fireman, paramedic, and farmer (the most ignoble?: drug dealer, organized crime boss, TV evangelist—prostitute was fourth from the bottom).

I know where I learned about work. It was from my mother’s father—strong, vigorous, animated, relentless. He owned the general store in a town of 200 where he served the farmers, the fishermen, and everybody else who came by for a pound of fresh hamburger, a half-gallon of milk, or a box of nails. I shadowed him as he stocked his shelves or stood behind his massive butcher’s block hacking 50 pounds of chickens into pieces in a few minutes.

He loved standing at the register chatting with his customers. He fixed the compressors of his freezers himself, and he sat at his desk right next to the butcher’s block doing his paperwork under a goose-neck lamp late into the evening. I also learned from him about overwork. Everybody knew he sometimes worked too hard, delaying until retirement the picnics and fishing he so often talked about. His rod and reel waited for him for decades.

Work ethic—that commitment to the goodness of being productive—is not something we’re born with. When I was a boy, I worked for my grandfather for treats, a quarter here, a Popsicle® there, before I made him a business proposition one day: how would it be, I asked him, if you gave me a penny for every soda bottle I stack in the back room? He thought for a moment, then told me he would give me 60¢ for every hour I worked. I remember the first thought that came into my sinful six-year-old mind: pay for time? He must not know what he’s saying! That means I don’t even have to work hard to get paid!

More than a decade later I worked alongside a man in a state park who frequently stopped before the job was through with the words “good enough for government work.” I had fellow workers in a nursing home tell me that if someone worked too fast, or too eagerly, it would just make everyone else look bad—so, take it easy. A work ethic is a cultivated value, a value based on biblical truth. It doesn’t come naturally.

We make choices everyday about how we work and rest, and when, and why. The Scriptures teach that God designed us for both, and that we can glorify God both in our work and in our rest.

So what do we learn from Scripture about work? It begins with God, the worker.

Made in the image of God, our lives are given definition by the life of God: such is the case with work. God is a worker. The Scriptures frequently speak of his works: miracle, salvation, revelation. But at the start, creation. There we see God’s workmanship in the stars, moon, and this world, all formed by his “fingers” (Ps. 8:3).

The universe was born of the work of God, and the first thing it witnessed was the rest of God:

When God chose to come to us, he came as a man of honest work. “The carpenter” is what they called him in his hometown, but carpenters weren’t supposed to speak astonishing words in the synagogue (Mk. 6:3). Later his work was his speaking, healing, and exorcising, the work of his Father through him (Jn. 4:34; 5:17, 36; 14:10; 17:4). God accomplishes great things with his “hands,” and so he designed us with working hands.

Our work is defined by the work of God.