Blog / How to Live the Bible — Real Freedom

How to Live the Bible — Real Freedom

This is the one-hundred-eleventh lesson in author and pastor Mel Lawrenz’ How to Live the Bible series. If you know someone or a group who would like to follow along on this journey through Scripture, they can get more info and sign up to receive these essays via email here.

Mel is the author of A Chronicle of Grief: Finding Life After Traumatic Loss. See his newest message about world changing events now and in the book of Acts here.

No matter who we are or the position in life we occupy, we all value the wonderful privilege of freedom. But freedom is an easy ideal to voice, but a hard-won reality. Multitudes of men and women have gone to war and lost their lives to win the freedom of the masses. It’s easy for us to assume freedom, and not recognize that there are people all around us who are limited and bounded even in so-called “free” societies. 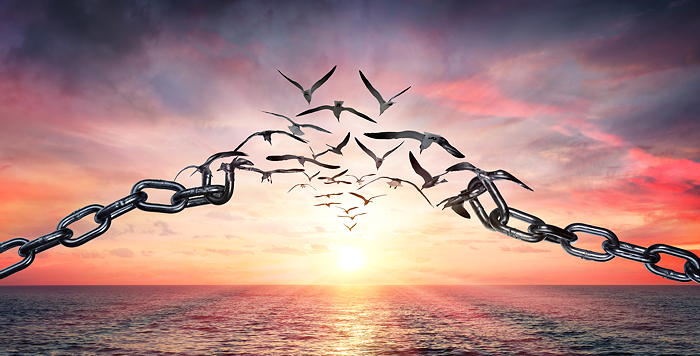 Then there’s the mistaken notion that freedom means the ability to do whatever we want. To decide for ourselves what’s right and wrong. To think that we can generate our own personal morality which no one else can question.

This is not freedom. It’s bondage to the self.

If you go to the city of Philadelphia today, you can visit a historic 18th-century building which contains a room called Independence Hall. This ordinary room was the place where, on July 4, 1776, men signed the Declaration of Independence and where, in 1787, the Constitution of the United States was drafted. A huge bell, which we know as the Liberty Bell, hung in the bell tower there. Inscribed on its side are the words of Moses written 3,000 years earlier declaring a year of Jubilee: “Proclaim liberty throughout the land to all its inhabitants” (Leviticus 25:10).

They rang the bell in that tower before the first public reading of the Declaration of Independence, as they had rung it on important occasions before. But only decades later did the bell become a kind of icon when it was first depicted on the cover of a new magazine called Liberty, a publication devoted to the cause of the abolition of slavery. Freedom in this new nation was not just freedom from the taxes of the king of England. It had to be freedom for every man and woman, boy and girl—the freedom that is the God-endowed dignity of the human race.

[Watch “A Prayer for the Nation”]

We know that liberty is important to God, because the Bible talks over and over again about the Exodus from Egypt as God’s great act of salvation and the hint of his ongoing liberating work in the world.

God knows we all have taskmasters. One person is enslaved to alcohol or drugs, another to a domineering person. One person is trapped in guilt and shame imposed by others, another is in the bondage of being the taskmaster—an addiction to control. Whole classes of people are stuck in institutional limitations defined by race or gender, the ongoing injustice of generations of social stratification.

All people need to hear the sound of liberty ring loudly and clearly through their hearts and minds. And only the living God can deliver that kind of liberty.

The sound of freedom rings throughout the New Testament. For instance, the apostle Paul says something in Galatians 5:1 that seems obvious: “It is for freedom that Christ has set us free. Stand firm, then, and do not let yourselves be burdened by a yoke of slavery.”

Why did the apostle Paul say, “it is for freedom that Christ has set us free”? When someone is set free, aren’t they free? Not necessarily.

A convict can be set free, but still think like a convict, talk like a convict, and behave like a convict. Constricted, suppressed, and afraid. Like a person who lived for a long time in a controlling, abusive relationship, he or she may go on cowering in life even when the oppression is gone.

Galatians 5 talks about a bondage to the way of the law. It’s the belief that we achieve a truce with God our creator if we follow all the rules just right, make visible displays of righteousness, and track all our spiritual accomplishments. That was the way of Pharisees—and Paul had had enough of it. He was really good at it, but he saw it as spiritual death.

When Jesus came—Jesus who liberates us from every form of bondage—everything changed. He demonstrated that while the Law came through Moses (and that law was necessary to teach the human race that there’s a difference between right and wrong), he brought grace and truth. By God’s mercy, we’re allowed to repent and turn to God for a whole new life. He frees us from the childish way of following “do’s” and “don’ts” so that we can freely live in obedience to Christ. We do what is right because we’re right with God and our instincts have been trued up to who he is.

But we must remember that we’re free. We must rehearse it. Any person can become a Pharisee on any given day. We can turn faith into performance, like a kid trying to gain mom or dad’s favor by being a star player on the soccer field.