Blog / How to Live the Bible — Finding Sanctuary

How to Live the Bible — Finding Sanctuary

This is the ninety-fifth lesson in author and pastor Mel Lawrenz’ How to Live the Bible series. If you know someone or a group who would like to follow along on this journey through Scripture, they can get more info and sign up to receive these essays via email here.

I’ve met so many people over the years who can identify with the Israelites. Their sanctuary was leveled—that place in their lives where they felt safe and secure. A spouse may have died, and even though everyone knows the rule going into marriage—”til death do us part”—the parting still seems like a devastating tornado. A person may have been fired from his or her job. A child died of leukemia. A relationship turned bitter. Life fell to pieces.

Many of those people will tell you that the only thing they could cling to was God. Amid unanswered questions and threatening sky, an instinct inside said, run to God and wedge yourself into him as if into the crevasse of a great mountain. Or, better yet, seek God at the temple. 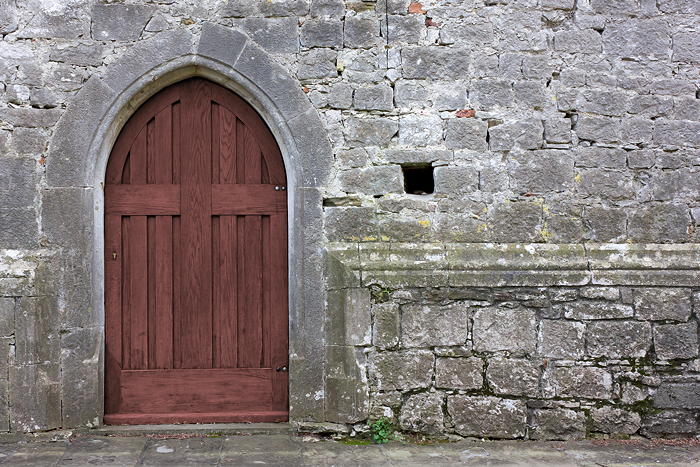 There isn’t a temple in Jerusalem anymore, and it is probably hard for us to imagine the soul-satisfying sight that the temple was to the Israelites. It was the fixed point of their lives, the center of the map, the sanctuary that reminded them of the safety of God even if they lived miles away. The temple was a statement: God is here; he has a foothold in the world.

God is not contained in a temple. Rather, the temple was a statement which said that the great God who sits above the circle of the earth and who weighs nations like dust on a scale maintains contact with this world. He receives sacrifices and he gives oracles at the temple. The pillars speak of his strength, and the gold of his incomparable worth. The priesthood is evidence that mortals can stand before God (priest means one who stands).

But an invading army could and did knock down that temple. More than 600 years later another army, the Romans, would break down the new temple building Herod built a few decades after they struck down the temple that was Jesus’ body. But one of Jesus’ followers whom Jesus called “Rock” wrote about a brand new kind of temple. A new community of Jesus’ followers was being built together into a new kind of temple. In the first epistle of Peter we read: “You also, like living stones, are being built into a spiritual house to be a holy priesthood, offering spiritual sacrifices acceptable to God through Jesus Christ” (1 Peter 2:5).

What a remarkable thought! We always tend to think that our sanctuary—that safe, right place of life—is outside ourselves. It is our marriage, our home, our job, a friendship, a role. But Mr. Rock calls people living stones and says they are the building blocks that God uses. Your life is designed to be brought alongside other lives in a great construction project designed and managed by God himself.

The apostle Paul put it this way: “You are fellow citizens with God’s people and members of God’s household, built on the foundation of the apostles and prophets, with Christ Jesus himself as the chief cornerstone. In him the whole building is joined together and rises to become a holy temple in the Lord. And in him you too are being built together to become a dwelling in which God lives by his Spirit” (Ephesians 2:19-22).

This is the church. A sanctuary God is building by putting together the pieces of what human community should have been in the first place. Forget for a moment every idea of the church you’ve ever heard. Many of them we should try to permanently forget, because we have so corrupted the meaning of the church, and the church has so often fallen short of what God designed it to be in the first place. The church is supposed to be a living community built out of living stones, but we have often made it a dead, hollow place. Worse than that, when we hear the word “church” we think of that building on the corner of Brick Street and Board Street, repeating the errors of God’s people in the Old Testament when they thought their temple’s glory was in the stones and gold, and not in people and God.
___________