How to Live the Bible — Living in the Confidence of Providence

This is the eighty-seventh lesson in author and pastor Mel Lawrenz’ How to Live the Bible series. If you know someone or a group who would like to follow along on this journey through Scripture, they can get more info and sign up to receive these essays via email here.

How might the year ahead unfold? Or this month, or even this week? We can speculate about opportunities and challenges, pleasures and pains, but we just don’t know what this next piece of future will bring. And it’s a good thing we don’t. 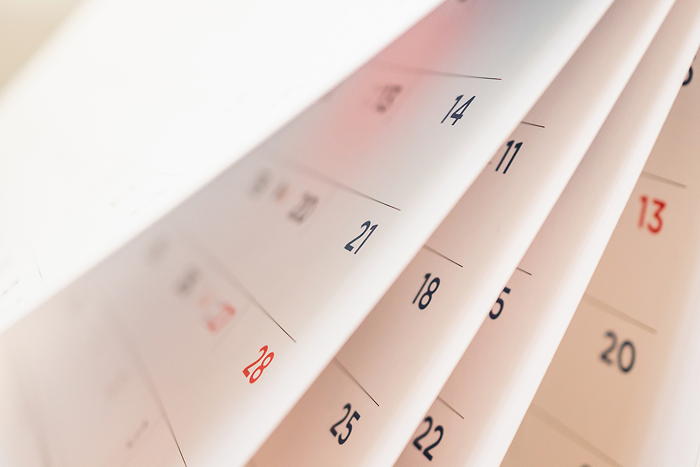 Only God knows the future, and, more importantly, is the caretaker and Lord of the future. In Christian faith there is a bedrock truth that enables believers to move into the future with assurance: providence. God is above all reality, encompassing in his vision and embracing in his power past, present, and future. God purchases no calendars, he keeps no schedule on a smartphone, he doesn’t develop project charts. He is never surprised by what happens, but is alternately pleased and displeased by what does happen. God talks us toward a good future, pointing us toward a life goal that no human being would have conceived. The good path is always just the next few steps in the direction of the good end.

Providence is the ongoing activity of God in preserving and governing everything that he has made in the creation. It is exactly what you would expect of a Creator whose work of creating is an act of love. How could he possibly act indifferently to his creation, which he bestowed such care on at the start of it all? He not only put the pieces of the universe together when it was all created, but he is still putting pieces together and broken pieces back together. Providence is care that precedes, and care that proceeds. It is the benevolent attitude of God toward what he has created. God respects what he has done.

Some people have a hard time believing in any form of providence. They may acknowledge a creator or designer, but one who is now no longer directly involved in the creation. They don’t see a gigantic hand reaching down from the clouds, or they believe that most of what happens in life can be traced to natural cause and effect. They think God may be a watchmaker who produced an impressive machine, but now those gears and springs are clicking through their motions on their own. Science yields real knowledge, while theology and spirituality only offer sentiment. One page of the calendar flips to the next and the events of our days are just the random collisions of our lives with each other, a timeline of the collection and loss of goods.

This belief yields a religion that seems sensible and nicely under our control. God is in the far corner of the universe, he’s done what he does best, and now we get to be the center of the action. We are left like children whose parents have gone away on a permanent vacation, with a few moral guidelines and a lot of latitude.

But the biblical testimony allows no such benign view of God. It shows God to be enthusiastically involved in protecting and guiding those he has made. Why would he be a watchmaker? How would that in any way be consistent with a character of active love and intense, creative interest? The watchmaker analogy only works for those who have decided that it is easier to understand the world if it is no more than moving parts, a piece with pieces, and that’s that. But can you take a walk in the woods or camp alongside the ocean or fly over the countryside or watch a meteor shower and think of the universe as a watch?

This is God’s world. The biblical vision is that we live with expectancy and confidence through faith in his ever-close activity. Providence is the basis for hope for the future, the reason we can go from dark December through the festival of light and life marking the birth of Jesus and on through the doorway to a new year in January. Providence says that a year isn’t just one loop around the sun, it is a forward journey along a timeline over which God stands at the start and simultaneously stands at the end, and at every point in between.

Someone said that it is as if God were viewing a parade—but not as we do, standing in one place, watching each event pass us. Rather, God’s perspective is like a man standing on a tall building, simultaneously viewing the parade at its start, middle, and end. For that band in the middle of the parade, there is a definite past (that spot where two of the trumpet players fainted) and an anticipated future (are those kids ahead holding water balloons?). But the man on top of the building sees everything, all at once.

Providence comes from the Latin word meaning to forsee. God looks ahead, in other words. His vision is like the wheels ringed about with eyes that move to and fro in the visions of the Old Testament prophet Ezekiel. God’s eyes are not the like spots on a pair of dice that turn randomly up and around and over. This day is more than the breathless hope that the dice will come up in our favor, only to watch them thrown tomorrow again. The only people who think it’s okay to look at life as just a big gamble are those who have not done very much gambling.
___________