Blog / Infographic: The Status of Christianity Around the World

Infographic: The Status of Christianity Around the World

Africa is now home to the most number of Christians in the world. An infographic by Center for the Study of Global Christianity (@CSGC) at Gordon-Conwell Theological Seminary shows that more than 631 million Christians reside in Africa, comprising 45% of the continent’s population.

Latin America is estimated to have 601 million Christians. Though a smaller number compared to Africa, it represents the majority of the continent at 92%.

According to WorldAtlas.com, as of 2017 the top 10 African countries with Christianity as the highest percentage of the national population are:

[Read the Bible Gateway Blog post, The Biography of Christianity: An Interview with Ian Shaw]

[Read the Bible Gateway Blog post, The Bible and the Spread of Christianity: An Interview with Brian Stiller]

For the purposes of its data collection, the Center for the Study of Global Christianity identified those as “Christian” to include Catholics, Protestants, Independents and Orthodox. Excluded are “unaffiliated” Christians and “double-counted.” Catholics have the highest percentage of followers worldwide (49% of Christians), followed by Protestants (22%), Independents (17%), and Orthodox (12%).

As of 2015, Christianity is still the world’s largest religion, according to Pew Research Center. Christians make up 31.2% (2.4 billion people) of the world’s population (7.6 billion).

The following map by cartoMission (@cartomission) illustrates the projection of Christianity by 2020: 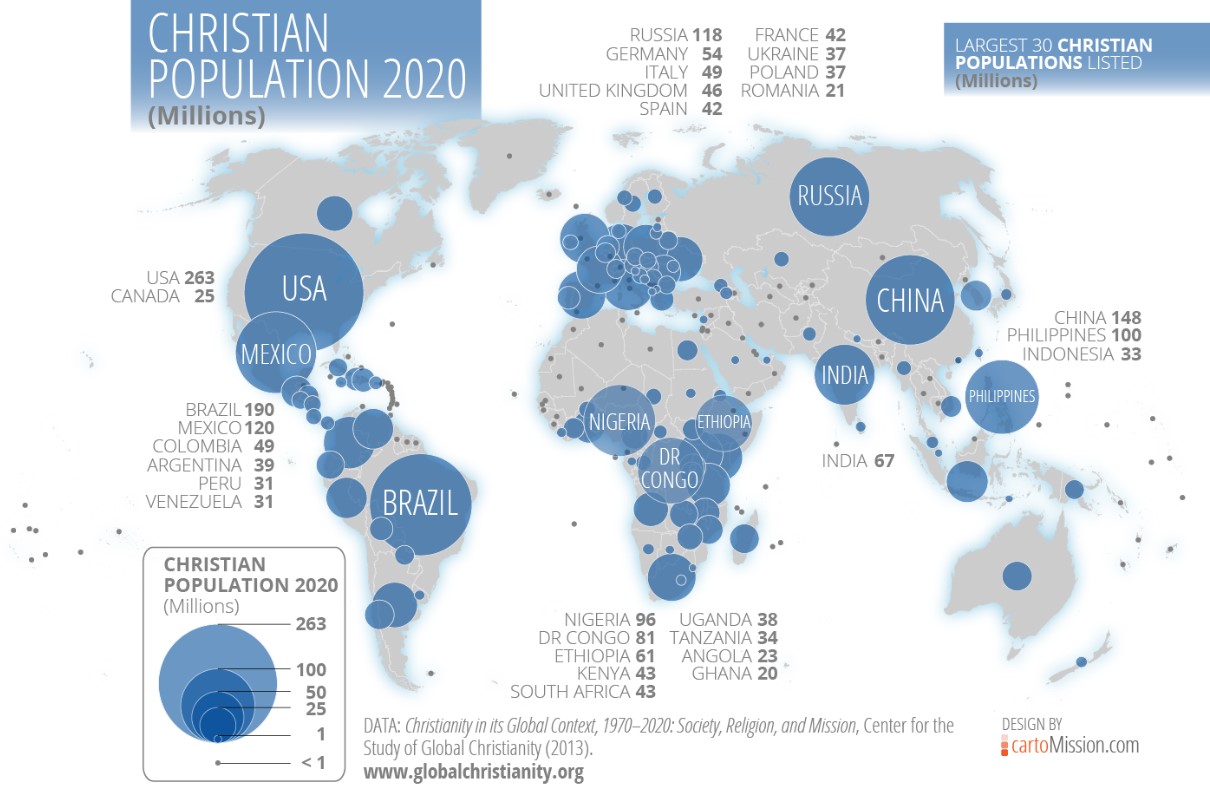 Study the Bible with acclaimed biblical references while conveniently reading the biblical text on Bible Gateway with your Bible Gateway Plus membership. Try it right now!