Blog / How Should We Understand the Book of Revelation?

How Should We Understand the Book of Revelation?

This is part of Mel Lawrenz’ “How to Understand the Bible” series. If you know someone or a group who would like to follow along on this journey through Scripture, they can get more info and sign up to receive these essays via email here.

If we did not realize already that it takes a lifetime to understand the Bible (and that’s a good thing), the point is driven home when we get to the last book in the Bible—Revelation. It starts out simply enough, it is a “revelation (in Greek, apocalypse) from Jesus Christ,” it is a “prophecy,” and it comes as a letter to seven churches. Fair enough, but then come the angels, beasts, earthquakes, horses and riders, wars, thrones, and much more. What are we to make of all this? 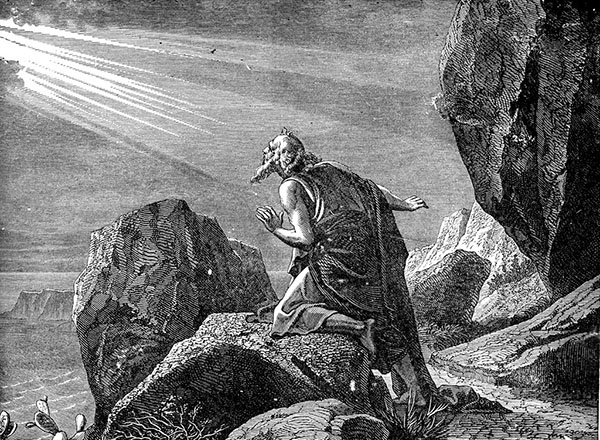 Here are two unhelpful approaches to Revelation. One is to think it is such an incomprehensible book of enigmas and riddles that we avoid it. The second is to uncritically follow someone else’s arbitrary interpretation of all the details and hidden meanings of its passages. Revelation is not too hard to comprehend, and we should benefit from it. But first we need to understand the big picture.

Revelation never describes itself as a symbolic code of future events plotted on a timeline. Like the books of prophecy in the Old Testament, Revelation proclaims a message. In Revelation the message is that God is coming to judge and to redeem, and that the powers of evil and empires will clash before God establishes the fullness of his kingdom. That central message gives people two things: warnings and comfort, just as the Old Testament books of prophecy did.

If we keep our eyes on this central message and the intended effects, we will be less likely to get bogged down when we get into details in the book.

The book of Revelation is similar to other literature of the time that’s called “apocalyptic,” which typically includes visions, global clashes, end-of-the-world warnings, and many, many symbols. It is, of course, the cryptic symbolism of Revelation that makes it challenging to understand. But when we connect many of the symbols with elements that appear earlier in the Old Testament Prophets Isaiah, Jeremiah, Ezekiel, and Daniel, the message emerges from the details.

A commentary that many have found very helpful is The Message of Revelation: I Saw Heaven Opened, by Michael Wilcock (part of The Bible Speaks Today series). Like the other commentaries in this series, the focus is on the message of the book. Here is how Wilcock outlines the flow of Revelation:

The number seven appears many times in the book, 54 times altogether, and it is obvious that most of the book is organized around cycles of seven. Seven proclamations to seven churches (chapters 2–3), and three sets of seven-part visionary narratives: the seven seals (4:1–8:1), the seven trumpets (8:2–11:18), and the seven bowls (15:5–16:21).

Nothing in the book of Revelation suggests that its sequence of symbols and visions are to be plotted along a chronological timeline, all related strictly to the very end of human history. Christians in the first few generations saw the descriptions of persecution against God’s people as exactly what they were experiencing, for instance, at the end of the first century during the reign of Roman Emperor Domitian. Christians today who experience the spiritual battles of persecution, sometimes at the hands of national, totalitarian powers, read Revelation as a letter to them.

The three sets of seven (seals, trumpets, bowls) may best be read as three great cycles of bloody conflict and victory, each rising to a higher level of intensity. Here Revelation is not just describing what will happen in the future, but what does happen in history and will continue happening until the end.

The end of the story is an astonishing description of a new creation, including symbols of a new city, a new temple, and a new people. The message is this: God will prevail. A day is coming when “There will be no more death or mourning or crying or pain, for the old order of things has passed away” (21:4). The ultimate victory of God is a closeness and a communion with his people.

What can we do to understand the book of Revelation? Reading it straight through in one, two, or three settings is very helpful because you will see connections. Read it in different translations. And sometime read it alongside one of the better commentaries. (Recommended: Michael Wilcock, The Message of Revelation.)