Blog / Monuments and Memorial Day: Remembering Who We Are

Monuments and Memorial Day: Remembering Who We Are 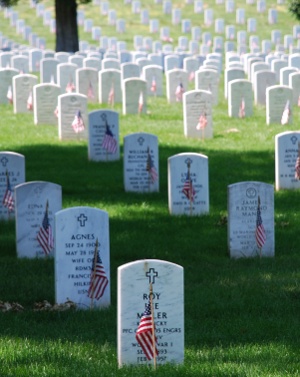 Memorial Day is a day to remember those who’ve died serving in the U.S. military. Civil War veteran General John A. Logan called in 1868 for Americans to decorate the graves of those who fell during the “War Between the States;” the holiday has grown in scope since then and now commemorates the fallen from each of America’s wars.

Though Memorial Day is an American holiday, nations across the world have their own traditions for remembering the sacrifices of their soldiers. There’s something uniquely powerful about communal remembrance—gathering together as a family or nation to reflect on significant people and events of the past. It’s no surprise that memorial celebrations—military and otherwise—are common to many cultures throughout history, including the people of the Bible.

A famous example of a memorial celebration in the Bible can be found in Joshua 4:2-9. God commands the Israelite leader Joshua to set up a memorial to mark the event of the Ark of the Covenant crossing the Jordan River, to remind future generations of what had happened there:

“Choose twelve men from among the people, one from each tribe, and tell them to take up twelve stones from the middle of the Jordan, from right where the priests are standing, and carry them over with you and put them down at the place where you stay tonight.” — Joshua 4:2-9 (NIV)

In this case, God wanted the Israelites to remember his deliverance. The stone memorial served as a physical reminder of a shaping event in their history. Sometimes the memorial took the form not of a physical monument, but a shared activity, as in the case of the Israelite’s commemoration of their escape from Egypt.

Christians observe their own memorial celebrations, most notably in the “breaking of bread” that recalls Christ’s sacrifice—a ceremony that we observe with frequency:

And he took bread, and when he had given thanks, he broke it and gave it to them, saying, “This is my body, which is given for you. Do this in remembrance of me.” — Luke 22 (ESV)

Reminders, bitter or sweet, are important to our culture and our history. They remind us where we’ve come from, and whose work got us to where we are. The philosopher George Santayana said, “Those who do not remember their past are condemned to repeat their mistakes,” and we see this pattern throughout the Bible. Time and time again, when the Israelites “forgot” the Lord, they stumbled and were punished. See Psalm 106:10-14 for an example:

He saved them from the hand of the foe;
from the hand of the enemy he redeemed them.
The waters covered their adversaries;
not one of them survived.
Then they believed his promises
and sang his praise. But they soon forgot what he had done
and did not wait for his plan to unfold.
In the desert they gave in to their craving;
in the wilderness they put God to the test. — Psalm 106:10-14 (NIV)

It’s important that we remember who we are and where we’ve come from. Americans make a point of remembering on Memorial Day. And as Christians, every day is a good day to remember, reflect on, and give thanks for what the Lord has done for us.