Blog / Why Read the Bible Every Day? Brian Hardin on the Power of Scripture Reading

Why Read the Bible Every Day? Brian Hardin on the Power of Scripture Reading

Starting today, we’re privileged to share with you a series of posts by Brian Hardin! Brian is best known for founding Daily Audio Bible, a hugely popular Scripture podcast. He’s also the author of Passages: How Reading the Bible in a Year Will Change Everything for You, a book that aims to help Christians learn to love and delight in Scripture.

As you’ll see, Brian has a heart for the Bible—and for encouraging people to make Scripture reading a part of their everyday Christian experience. We asked Brian if he would share some of his thoughts from Passages here at Bible Gateway, and he graciously agreed. Here’s his first post. 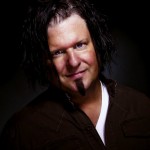 The previous year had started like the rest: work hard and then work hard to get more hard work. I’d tossed a New Year’s prayer earnestly enough to God, the one about wanting to get closer to him and read the Bible more, but I had all but forgotten it by the second week of January.

By the end of the year I found myself sitting alone on my couch, devastated. The kingdom of work I’d built had crumbled before my eyes in a matter of months, and now I was in a crisis of faith. I vividly remember the prayer I prayed then. It wasn’t a sinner’s prayer, and it wasn’t eloquent.

“Jesus, I’m done with the crap. I’m finished. If you want me to go to Des Moines and make hamburgers for a living, I’ll pack up our stuff tomorrow and leave. I’m fine with that,” I prayed. “I’m going to believe that you’re nearby and that you can seize me before I hit the bottom. If you don’t, I’m dead. I believe my heart will die, and I fear it will be the last time I care about anything.”

God showed up for me that night, and began to whisper truth into my life. And then one night I received a bona fide directive from the Lord, an instruction to do something I would never, ever have done on my own: “I want you to podcast the Bible.”

Earlier that year I had started to read the Bible every day. My friend Brad and I were traveling so much for work that I had gotten into the habit of reading it aloud to him in the car. I wasn’t reading the Bible to gain deep insights into the mystical regions of the soul or to solve theological quandaries. I was just reading it for what it said, and often it said something that got stuck in a corner of my mind and loitered there for days. Stuff like, “The person who plants selfishness, ignoring the needs of others—ignoring God!—harvests a crop of weeds. All he’ll have to show for his life is weeds! But the one who plants in response to God, letting God’s Spirit do the growth work in him, harvests a crop of real life, eternal life” (Galatians 6:7–8 MSG). This was my life right there on the page, echoing prophetically over a couple millennia. It not only contextualized what I’d been experiencing; it gave me a north star and a measure of hope that I couldn’t rationalize but I couldn’t deny either.

So I obeyed God’s direction and began to read a portion of the Bible every day. When I completed my first full revolution through the Bible, I recall looking in the mirror and realizing that I didn’t see anything the same. I had been unwittingly transformed from the inside out, and I looked at just about everything through different eyes.

My friendship with the Bible has taken me the scenic route from who I was to who I was created to be. My path began with an act of obedience to read the Bible every day, and it wound its way almost backward to the beginning, forcing me to deal with the stresses and compulsions of trying to carve out an identity that was mine alone with God relegated to a back-up plan. It took me back to the wounds that life can bring and invited me to compare what they were saying about me with what God was declaring over me.

It can do the same for you.

Watch for the next post in this series next week! In the meantime, you can read more of Brian’s writing in Passages, or follow his work at Daily Audio Bible. You can keep up with him each day at his blog, Twitter feed, or Facebook or G+ pages.

Filed under Passages by Brian Hardin