This is the one-hundred-fifth lesson in author and pastor Mel Lawrenz’ How to Live the Bible series. If you know someone or a group who would like to follow along on this journey through Scripture, they can get more info and sign up to receive these essays via email here.

Mel Lawrenz will be offering daily online ministry during this health crisis. Sign up here.

Mel is the author of the upcoming A Chronicle of Grief: Finding Life After Traumatic Loss.

Do you like it one someone tells you that things are about the change? Given human nature, we often worry that change will mean loss. Right now the whole world is going through a health crisis that is shaking people’s confidence. It is change—dramatic change. Some things are lost, and we grieve them. But there things about life that we can count on. That do not change. That remain.

END_OF_DOCUMENT_TOKEN_TO_BE_REPLACED

According to his obituary by Ravi Zacharias International Ministries (RZIM), “Frederick Antony Ravi Kumar Zacharias was born in Madras, now Chennai, India, March 26, 1946, in the shadow of the resting place of the apostle Thomas, known to the world as the ‘Doubter’ but to Zacharias as the ‘Great Questioner.’ Zacharias’s affinity with Thomas meant he was always more interested in the questioner than the question itself.”

END_OF_DOCUMENT_TOKEN_TO_BE_REPLACED

The Biblical Foreshadowing of the Corona Virus Crisis: An Interview with Mark Hitchcock 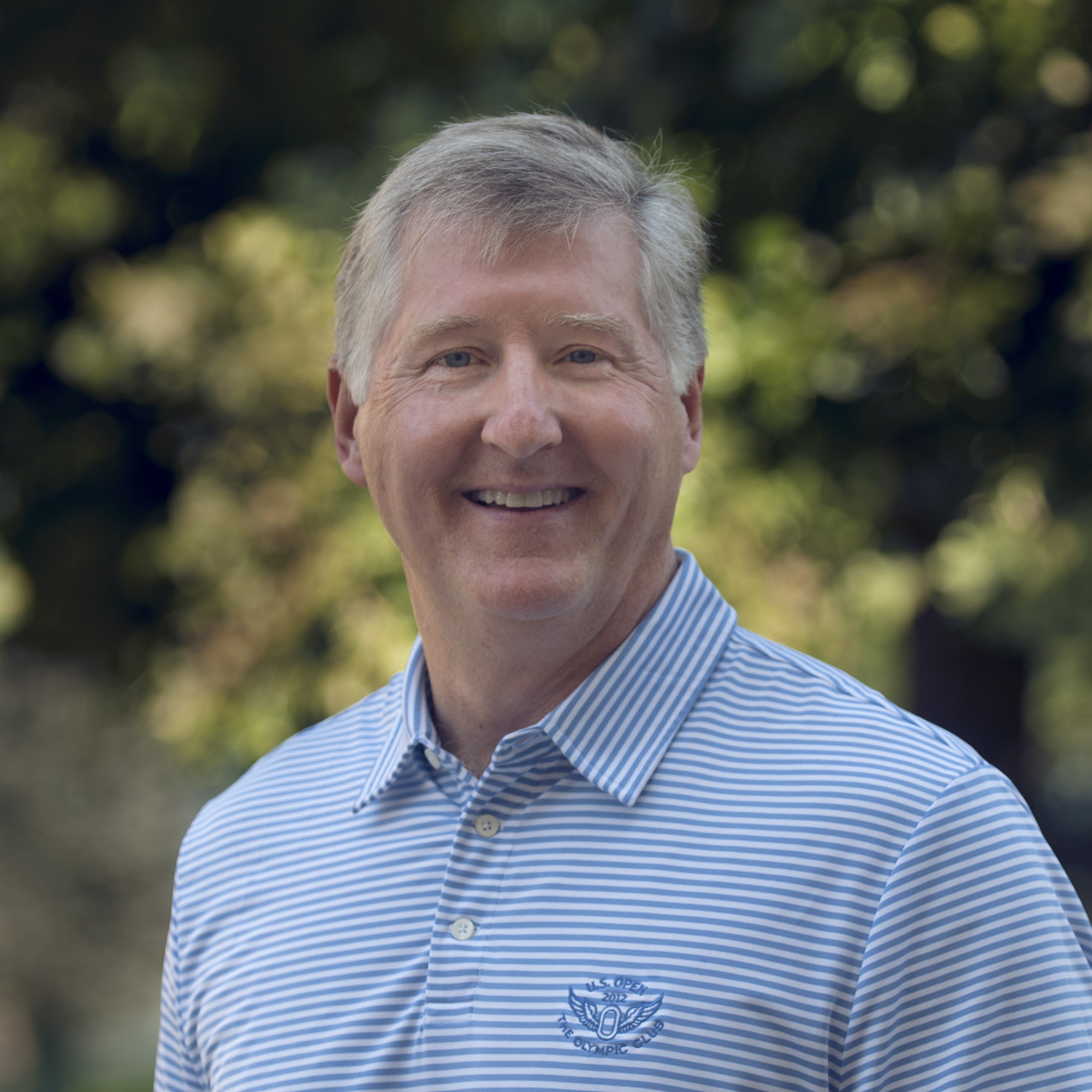 How does the coronavirus outbreak relate to the vivid, end-time biblical prophecies about plagues, pestilences, and pandemics? Jesus listed “pestilences in various places” as a sign of his coming. In the prophecy of the four horsemen of the Apocalypse, the fourth rider kills one-fourth of the earth with pestilence and the “wild beasts of the earth.” How does the coronavirus foreshadow what lies ahead?

For context, please capsulize where the world is right now concerning COVID-19.

Mark Hitchcock: COVID-19 hit the world seemingly out of nowhere and has changed the world forever. Millions have been infected and hundreds of thousands have died. The situation fluctuates on an almost daily basis, and there’s still a great deal we don’t know.

What we do know is that, barring a vaccine or cure, we’re in this for a long haul. The virus is highly contagious and sometimes fatal. Businesses and government are very slowly opening, but the end of this crisis doesn’t appear to be anywhere in sight. That’s one of the difficult aspects of this outbreak—the nagging uncertainty. It seems like there’s more we don’t know than what we do know.

END_OF_DOCUMENT_TOKEN_TO_BE_REPLACED

Video: The Wonder Of Fingerprints and Galaxies 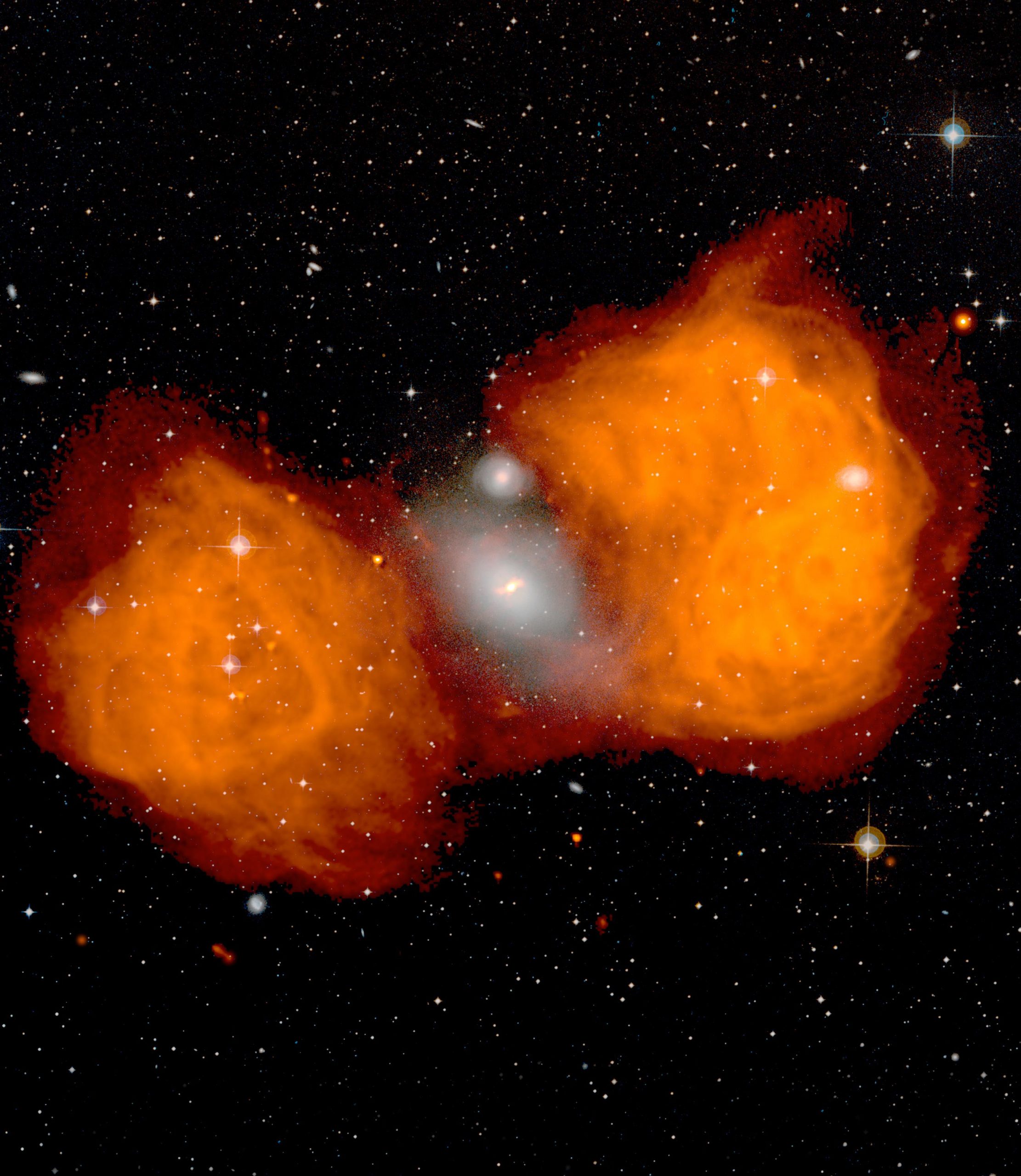 In May 2019, an international team of astronomers released one of the most important photographs in history.

[Read the Bible Gateway Blog post, Seeing the Creator in the Wonders of Our Cosmos: An Interview with David Bradstreet]

For 16 years, the Hubble Space Telescope surveyed a pinpoint of outer space previously believed to be relatively empty. When 7500 separate images were assembled into a comprehensive mosaic, they discovered at least 265,000 galaxies in an area of sky so small it can be covered by a fingertip held at arm’s length.

Wonder at the awesome display of God’s expansive design majesty in this video from The John 1010 Project (@John1010proj).

Who hath measured the waters in the hollow of his hand,
and weighed the heavens with his palm?
Who hath poised with three fingers the bulk of the earth,
and weighed the mountains in scales,
and the hills in a balance?
Isaiah 40:12 (DRA, NIV, NKJV in parallel)

END_OF_DOCUMENT_TOKEN_TO_BE_REPLACED 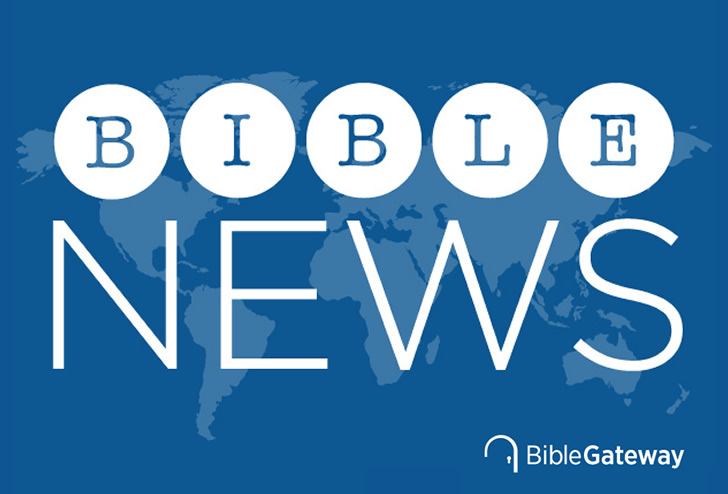 5 Psalms to Contemplate This Week 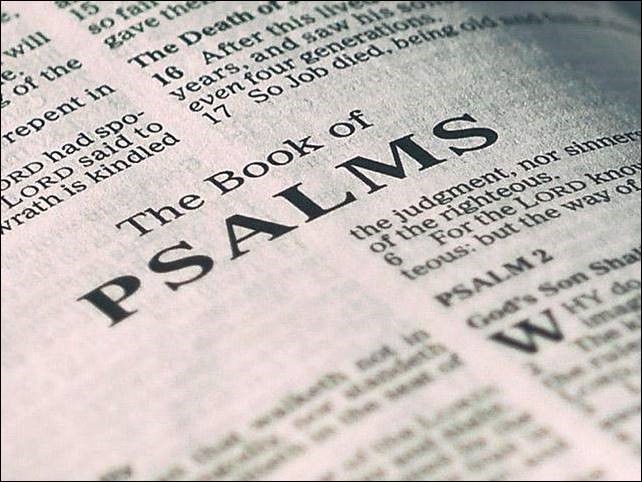 As COVID-19 continues to plague our world, our nation, and our communities, the importance of turning in desperation to God’s Word cannot be overstated. I’d like to share 5 Psalms that represent a spectrum of emotions, from confidence to despair—sentiments that many of us might feel within the span of a single hour.

It’s essential that we take all of these moments to God. That we hand over to him our impatience and anguish, just as David demands in Psalm 4 (“Answer me when I call to you, / my righteous God.”) That we grapple with such reckless hope as can be found in Psalm 112 (“They will have no fear of bad news; / their hearts are steadfast, trusting in the Lord.”). That we turn toward him with the world-defying trust that can be found in Psalm 13 (“But I trust in your unfailing love…”)

It’s all here. The Psalms offer us a way to be human before our Creator. I find these 5 especially helpful for defining my own feelings and restoring my faith. Here they are in numerical order, without verse numbers, footnotes, or commentary:

END_OF_DOCUMENT_TOKEN_TO_BE_REPLACED

How a Middle Eastern Worldview Helps Us Better Understand Jesus: A Q&A with Ravi Zacharias and Abdu Murray 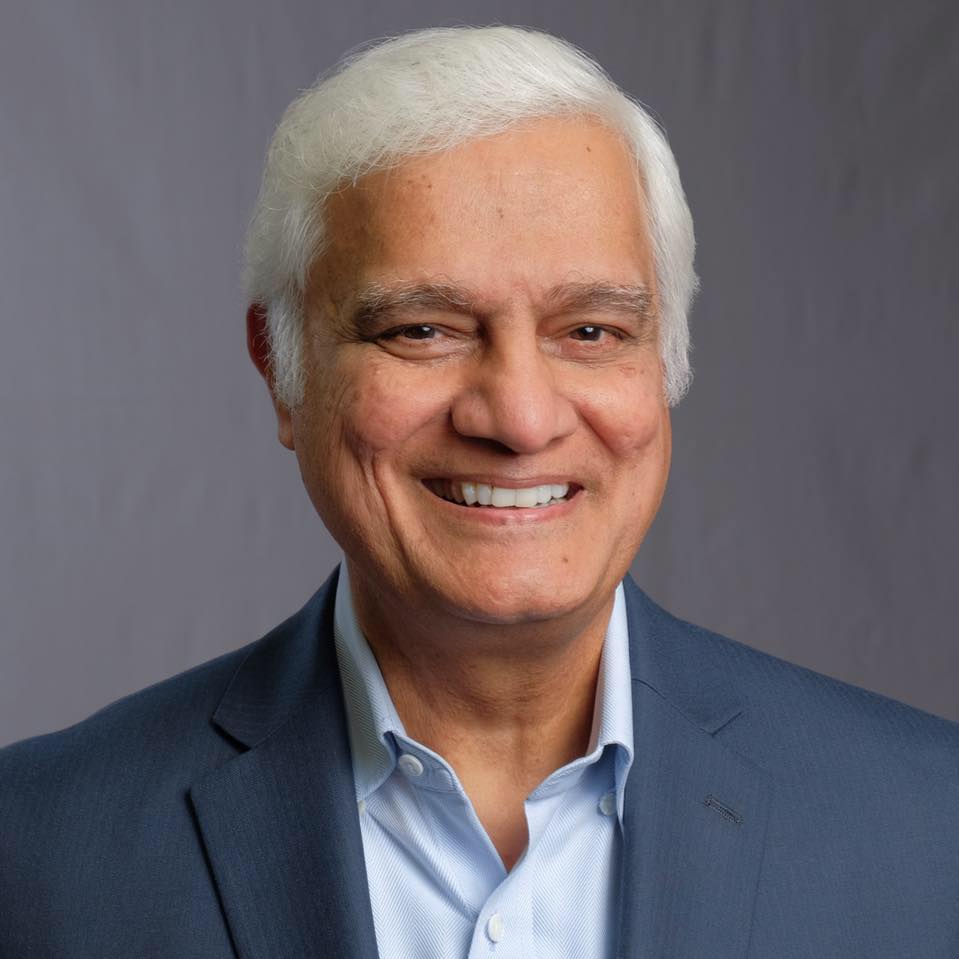 What are the cultural insights Westerners often miss when the Eastern context of the Bible is ignored? What were the ways Jesus taught that were thoroughly Eastern—rooted in story, honor, and community—yet appeal to Western thinking—based in reasoning and linear process—today? How does understanding Eastern idioms and customs make mysterious or seemingly confusing Bible passages understandable?

In this Q&A, Ravi Zacharias (@RaviZacharias) and Abdu Murray (@AbduMurray) talk about their book Seeing Jesus from the East: A Fresh Look at History’s Most Influential Figure (Zondervan, 2020). 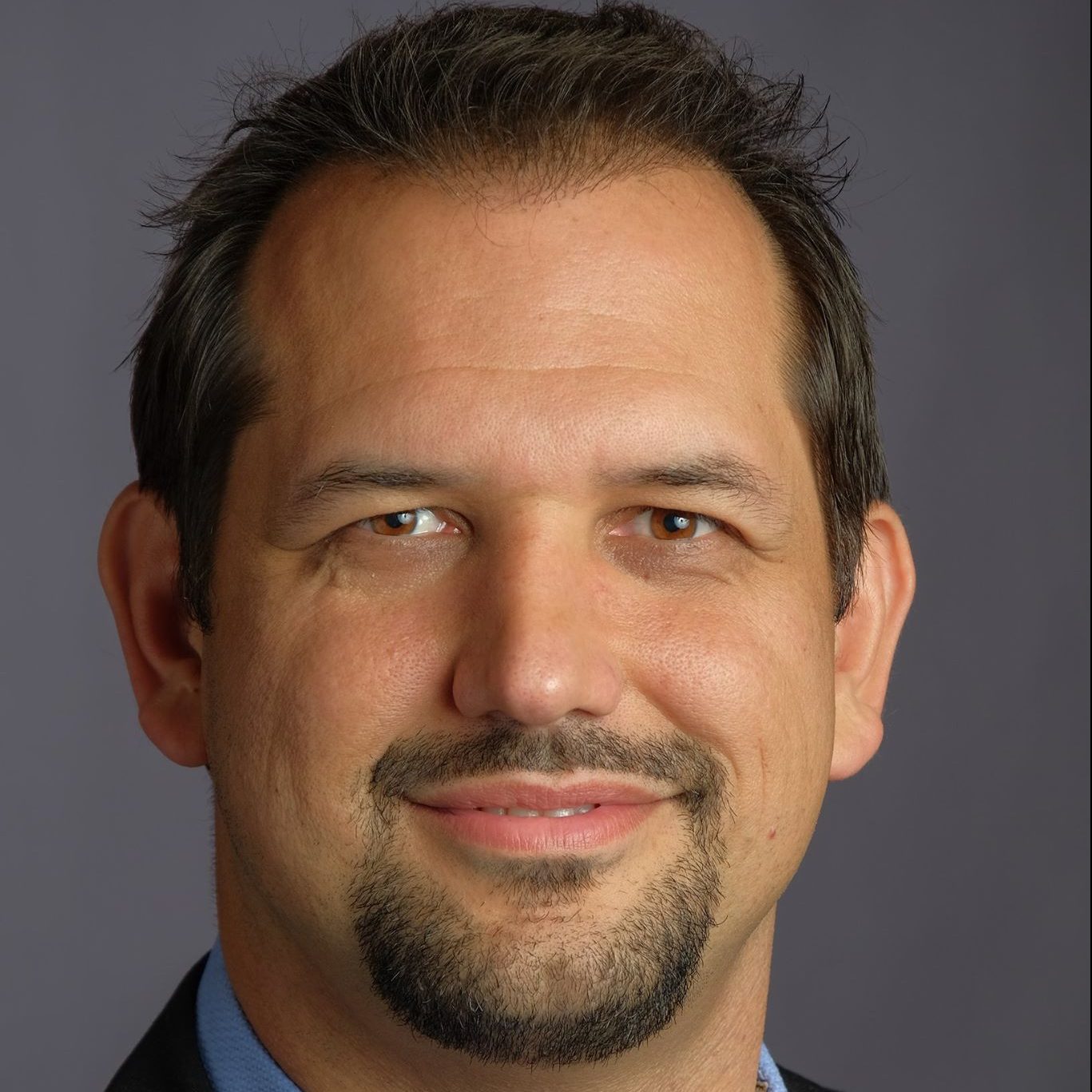 Why is it important for Westerners to care about how Easterners see Jesus and hear his gospel?

Abdu Murray: The narrative current flowing through Western culture today is that Christianity is an imperialistic religion devised by white males to dominate and control dark-skinned people. Put another way more applicable to the theme of this book, Christianity is characterized as a Western religious tool used to oppress and suppress Easterners. Similarly, there is a strong current that views Christianity as a tool of male domination.

In a time when social justice captures society’s focus and the issues of racism, sexism, and oppression make headlines in both the West and the East, it seems impossible to swim against that narrative current. It can be done, but only when we have a fresh perspective of Christianity—or rather a refreshed perspective. We need to recapture the “Eastern-ness” of Christianity. We need to get a fresh look at Jesus from the East.

[Read the Bible Gateway Blog post, Reading the Bible with Eastern Eyes: An Interview with the Editor of the NIV First-Century Study Bible]

The fact that Jesus was Middle Eastern and taught and acted within the communal honor-shame framework shows that Christianity is not a Western religion. Yet Jesus opposed the commonplace ethnic, racial, and gender discrimination of his day, the very issues that Westerners still struggle to solve. Ironically, the Christian gospel has much to offer in addressing the very problems it’s often blamed for. This alone is reason enough for Westerners to behold the Eastern Jesus afresh.

END_OF_DOCUMENT_TOKEN_TO_BE_REPLACED

The Quran with Christian Commentary

The following is an excerpt from The Quran with Christian Commentary: A Guide to to Understanding the Scripture of Islam. Copyright © 2020 by Gordon Nickel. Published by Zondervan. Used with permission. All rights reserved.

[Browse the Understanding Islam section in the Bible Gateway Store]

The Quran is the scripture of the Muslim community, revered by Muslims around the world and given authority by them to instruct both faith and life. Its 114 chapters, called sūras, are arranged approximately in order of length from longest to shortest. The entire collection is introduced by a short prayer known as al-Fātiḥa, or “the Opening.”

END_OF_DOCUMENT_TOKEN_TO_BE_REPLACED

How to Live the Bible — Thinking Ahead About Rebuilding

This is the one-hundred-fourth lesson in author and pastor Mel Lawrenz’ How to Live the Bible series. If you know someone or a group who would like to follow along on this journey through Scripture, they can get more info and sign up to receive these essays via email here.

Mel Lawrenz will be offering daily online ministry during this health crisis. Sign up here.

Mel is the author of the upcoming A Chronicle of Grief: Finding Life After Traumatic Loss.

We are living a new and unexpected lifestyle right now. We are dealing with an unwelcome and difficult exile from the normal functions of our lives because of the global health crisis. We know that things will not stay this way forever. That we will be able to return and rebuild. This is the time to size up what rebuilding looks like.

This has been done before. 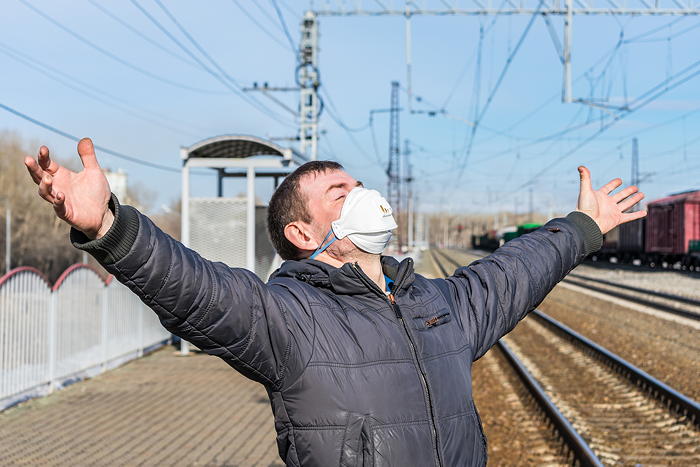 END_OF_DOCUMENT_TOKEN_TO_BE_REPLACED

When Escape from Suffering Is Not the Answer: An Interview with K.J. Ramsey

When your prayers for healing haven’t been answered, the fog of depression isn’t lifting, your marriage is ending in divorce, or grief won’t go away, it’s easy to feel you’ve failed God and, worse, he’s failed you. If God loves us, why does he allow us to hurt?

Explain the chronic illness in your life that prompted you to write this book and the heartbreak of being plundered by the church.

K.J. Ramsey: I live with an autoimmune disease called Ankylosing Spondylitis (AS), which causes pain, stiffness, and degeneration in my spine and other joints. I haven’t had a day without pain or fatigue in 11 years. Along the way, the Body of Christ has rooted my husband and I in a hope larger than our hearts can hold on our own.

But sometimes arrogance, pride, and unhealed wounds in others’ lives can also make the church a place where hurt threatens our hope instead of forming it. While the pain that happens in relationships in the Body of Christ was not why I wrote This Too Shall Last, I believe it’s important to be honest that the Body of Christ holds the potential for great harm and great healing. Often relationships with other Christians are where we experience our deepest wounds, but it’s also in relationships in the Body that we’ll receive our greatest healing.