Blog / NIV Quest Study Bible: How Do We Know the Bible Is True?

NIV Quest Study Bible: How Do We Know the Bible Is True?

This is the first post in the NIV Quest Study Bible (Zondervan, 2019) series in which a popular question about the Bible is asked and answered.

[Get immediate access to the insightful NIV Quest Study Bible and more than 40 other valuable Bible study resources when you become a member of Bible Gateway Plus. Try it right now!]

The NIV Quest Study Bible (website) is the result of two publishing companies, Zondervan and Christianity Today International, working together to enhance the Bible text with answers to challenging questions people have as they read Scripture.

[Sign up to receive the 2-week free email devotional Biblical Answers to Tough Questions, based on the NIV Quest Study Bible]

More than 1,000 average Bible readers helped determine questions the notes explain, creating a resource featuring more than 7,000 notes written in question-and-answer format that provide insight into the common, uncommon, and sometimes perplexing passages from the Bible, such as “What prevents God from hearing our prayers?” and “Why does God test us?”

According to the Bible, all Scripture is God-breathed (2 Timothy 3:16). Peter confirmed this when he said that those who wrote the Bible were not speaking on their own but spoke from God as they were carried along by the Holy Spirit (2 Peter 1:21). Many parts of Scripture are directly attributed to God through use of phrases like This is what the Lord says (e.g., Exodus 4:22). Finally, Jesus often quoted from the Old Testament and affirmed it as being God’s Word.

Prophecies that were later fulfilled are corroboration of the accuracy of the Bible’s claim to be God’s Word. For example, the vision recorded in Daniel 7 correctly predicted the rise of the Medo-Persian Empire, the Greek Empire under Alexander the Great, and the Roman Empire.

Archaeological discoveries are also important evidence of the Bible’s accuracy. For example, for many years King David was believed by some to be a fictional character. But recently a composition from a king of Syria referring to the “house of David” was discovered at Tel Dan. This writing provides tangible evidence that ancient rulers indeed recognized the dynasty of David in Judah.

Another reason for confidence in the Bible’s authenticity is its internal consistency. The Bible is actually a compilation of 66 books written over a period of 2,000 years by more than 40 different authors, and yet there is a unified message and a striking theological coherence — something that clearly speaks of God’s guidance throughout the process of writing, transmitting and assembling the biblical texts.

It is important to remember that the original Biblical documents no longer exist. We are dependent on copies, and copyists can make mistakes. However, scholars have carefully tracked the accuracy of ancient manuscripts from different centuries, and their consistency gives us good reason to be confident in the Bibles we read today. Furthermore, rigorous standards were applied to determine the canon — both by the Jews, who determined the collection of books that make up the Old Testament Scriptures, and by the early church, which decided the books to be included in the New Testament.

Question Two: Is There Any “Secular” Evidence to Support the Bible’s Claims?

Question Three: Who Is God, What Does He Value, and How Can We Approach Him?

Question Four: Why Does God Allow Bad Things to Happen?

Question Five: What Is My Purpose in Life? And How Can I Be Certain of It? 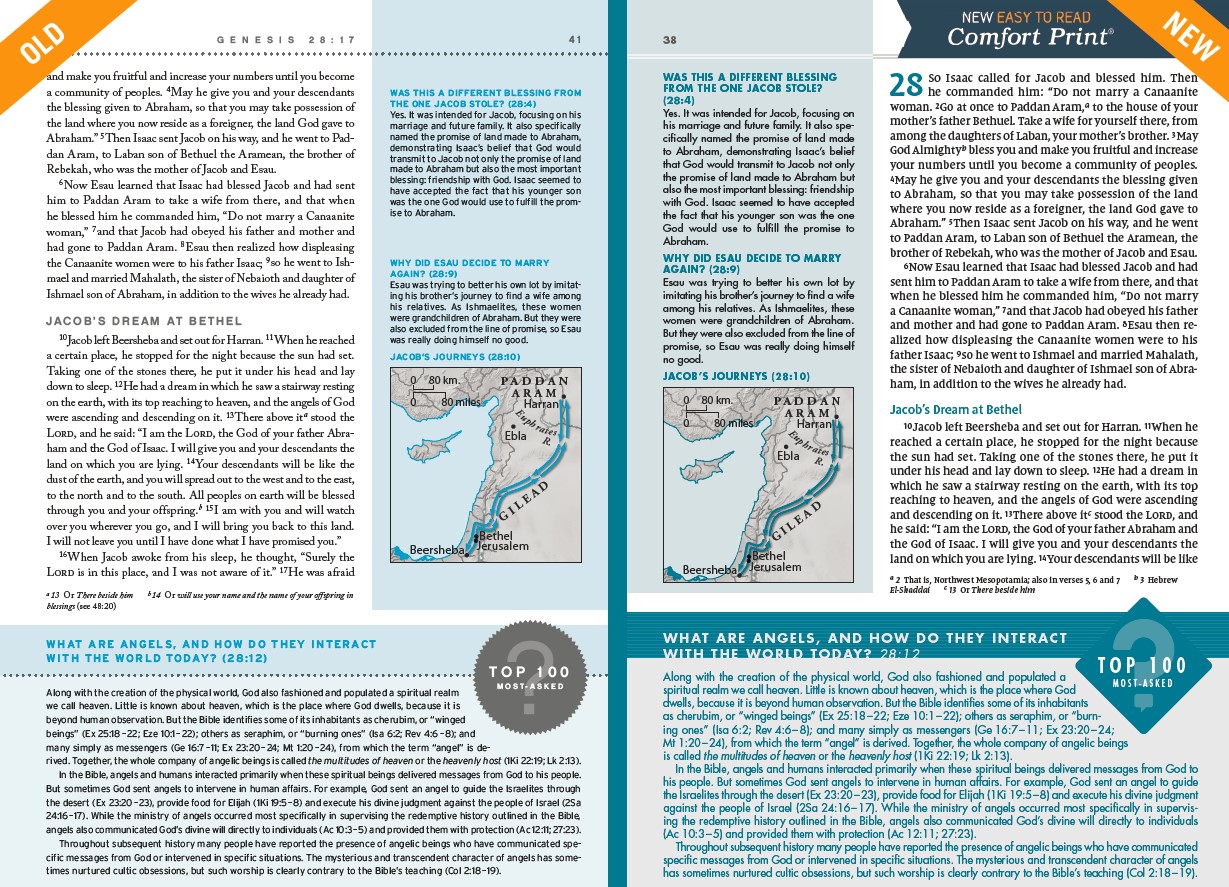 Get answers to your questions when you join Bible Gateway Plus. Try it right now!