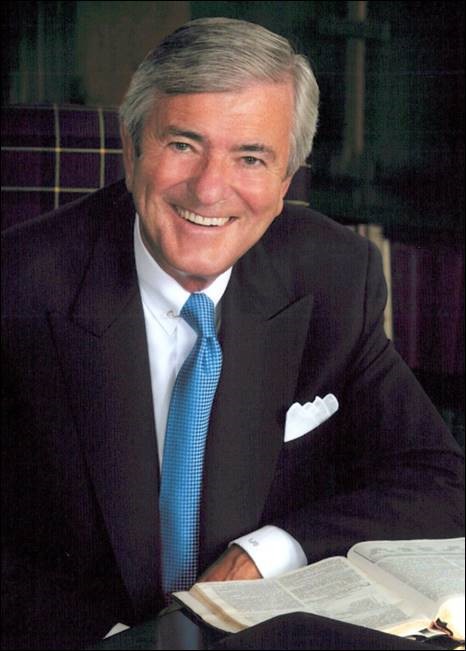 Pastor, broadcaster, author, and US Senate Chaplain Lloyd John Ogilvie, 88, died June 5, 2019. A lover of preaching the Bible, he was the general editor of The Preacher’s Commentary (Thomas Nelson).

Dr. Ogilvie was pastor of First Presbyterian Church of Hollywood, Los Angeles, California, for more than 20 years (1972–1995), until he was elected the 61st Chaplain of the United States Senate in 1995, “a responsibility he carried out with excellence for eight years,” according to Fuller Seminary, where the Lloyd John Ogilvie Institute of Preaching was established in 2006. “In addition to opening the Senate each day in prayer, he counseled senators and their families, met with them about spiritual and moral issues, led and participated in multiple Bible study and prayer groups, and encouraged the weekly Senate Prayer Breakfast. ‘I saw my role,’ he said, ‘to be an intercessor for the members of the Senate family, a trusted prayer partner, and a faithful counselor to them as they sought to know and do God’s will in the monumental responsibilities entrusted to them.’” He ministered in the Senate through many significant events including the terrorist attacks on 9/11.

Dr. Ogilvie had a mellifluous voice and while pastor of First Presbyterian Church, he hosted the nationally syndicated media ministry called Let God Love You—a weekly television broadcast that ran for 17 years and daily radio broadcast for 10 years. He authored more than 50 books and was general editor of the multi-volume The Preacher’s Commentary. His numerous accolades include being recognized by Baylor University as one of the “Twelve Most Effective Preachers in the English-Speaking World,” as well as receiving nearly 20 honorary degrees from distinguished institutions.

Study the Bible with more than 40 acclaimed commentaries and resources when you become a member of Bible Gateway Plus. Try it right now!