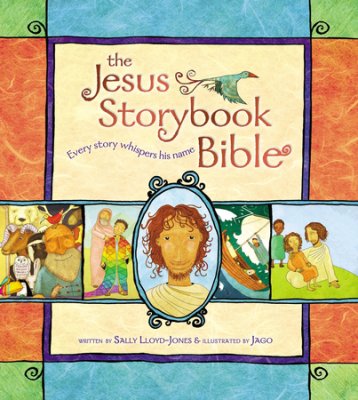 Christmas is a great time for adults to read to children about the birth of Jesus. For your Christmas enjoyment, below are two videos with British actor David Suchet reading about the Nativity from the award-winning Jesus Storybook Bible (Zonderkidz, 2007).

Read about the birth of Jesus from Luke 1 on Bible Gateway.

Read about the story of the shepherds when Jesus was born from Luke 2 on Bible Gateway.

The Jesus Storybook Bible—winner of the 2007 Moonbeam Award, the 2009 NAPPA Award, the 2010 Mom’s Choice Award, the 2010 ALA Notable Award, the 2011 ECPA Gold Book Award, the 2014 Rodda Award, and the 2014 Best in Children’s Media Award from the Association of Christian Booksellers Group- UK—by New York Times bestselling author Sally Lloyd-Jones (@sallylloydjones) has had eight editions since its debut in 2007, including a Spanish bilingual version, a deluxe edition (with audio narrated by beloved British actor, David Suchet), a collectors’ edition (with animated videos), and a curriculum.

With two million copies in print, the book is available in more than 31 languages. In 2015, after many requests from adults who were reading this children’s book, The Story of God’s Love for You was released, featuring the same beloved stories but with a new title and a new design for a whole new audience.