Blog / History of the American Bible Society: An Interview with John Fea

History of the American Bible Society: An Interview with John Fea 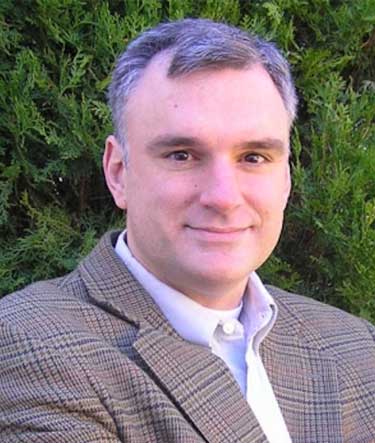 Endorsed in its time by Francis Scott Key, John Jay, and Theodore Roosevelt, the American Bible Society (ABS) was founded in 1816 with the goal of distributing free copies of the Bible in local languages throughout the world. Today, the ABS is a Christian ministry based in Philadelphia with a $300 million endowment and a mission to engage 100 million Americans with the Bible by 2025.

[Browse the Bible section in the Bible Gateway Store]

Bible Gateway interviewed John Fea (@JohnFea1) about his book, The Bible Cause: A History of the American Bible Society (Oxford University Press, 2016). 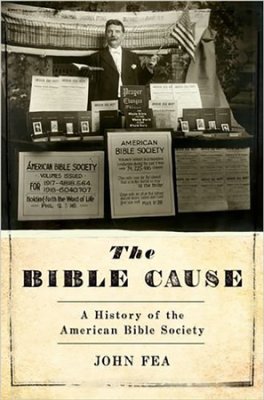 The American Bible Society was founded in 1816, 33 years after the end of the American Revolutionary War. What were the events that led to its creation?

John Fea: Elias Boudinot, the President of the New Jersey Bible Society, saw the need for a national Bible society to serve as an umbrella organization for several state and local Bible societies that were formed in the first few decades of the 19th century. Boudinot believed that a national society would be more effective in distributing the Bible across the nation, especially to the non-settled areas on the American frontiers. On May 11, 1816, the ABS was created by representatives of Bible societies across the country.

Explain the “cause” in your book’s title.

John Fea: The American Bible Society often described their work as promoting “The Bible Cause.” The “cause” was the distribution of the Bible, “without note or comment,” to as many people as the possible. The founders believed that the message of the Bible could transform lives and set the nation on a proper moral course.

What are some examples of innovation that you attribute to the ABS through the years?

John Fea: The American Bible Society was always on the cutting edge of American innovation. It was the first publisher in the United States to use steam-powered presses. It was among the earliest to publish books in Braille. It quickly embraced talking Bibles, direct marketing, postage seals, music videos, and digital Scripture products. The two Bible translations that it has produced—Today’s English Version and the Contemporary English Version—were the first to apply the translation theory of “dynamic equivalence.”

How was the work of the ABS affected by the growth of immigration in the US?

John Fea: When Irish and German Catholics began pouring into the country in the early 19th century, the ABS solidified its position as a distinctly Protestant benevolent society. Relations with Catholics would improve in the 20th century, but in the years before the Civil War it embraced the largely anti-Catholic spirit of the age. In the late 19th century, as immigrant populations began populating American cities, the ABS sought to meet these urban needs for Bibles through distribution and foreign-language translations.

John Fea: In the ABS context, these were itinerant booksellers who traveled around the United States and the world selling (and in some cases giving away) Bibles.

What is your chapter on “A Bible House Divided” about?

John Fea: This chapter focuses on the American Bible Society’s attempt to be a “national” Bible society in the midst of the divisive Civil War. It also focuses on the ABS policy on distribution to the slave population of the South.

The ABS uses the word “American” in its name. When did it become a global enterprise and why did it expand?

John Fea: When the American Bible Society was founded in 1816, it was focused on distributing the Bible to people in the United States. But in the 1830s the ABS Board of Managers decided that the Bible Cause might advance more effectively if they sent some of their own agents abroad. The ABS’s first overseas agency was opened in the Levant, a swath of territory that included Cyprus, Israel, Jordan, Lebanon, Palestine, Syria, Iraq, Egypt, and Turkey. By the end of the 19th century, the ABS was distributing Bibles in most of the world.

What has been the work of he ABS during wartime?

John Fea: The ABS prides itself on having delivered Bibles and New Testaments to soldiers at every American war since the Mexican-American War (1846-1848).

What has been the role of the ABS in the work of Bible translation?

John Fea: Since its founding, the ABS has been involved in translating Bibles into as many languages as possible and empowering translators in the field. Prior to the 1960s, the ABS funded translations of the King James Version (and eventually the Revised Standard Version) of the Bible in languages around the world. In 1966, the ABS published its first English translation of the Bible—Today’s English Version. The New Testament of the Today’s English Version was the wildly popular paperback Good News for Modern Man. In 1976 the entire Bible (Old and New Testaments) appeared as The Good News Bible. In the 1990s, the ABS released a second English translation—the Contemporary English Version. Both of these English translations embraced an approach to translation known as “dynamic equivalence.” Made popular by ABS translator Eugene Nida, “dynamic equivalence” focused on a “thought for thought” rather than “word for word” approach to translation. The goal was to make the Bible more readable and accessible.

Talk about the popularity of Annie Vallotton’s simple line illustrations in the Good News Bible. 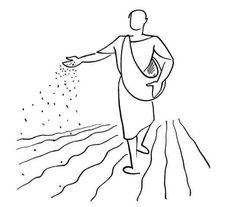 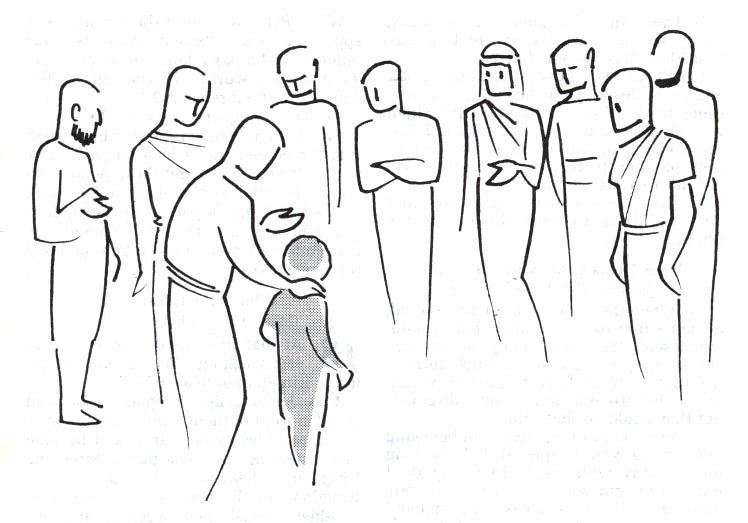 John Fea: Valloton, a 50-year-old Swiss artist, was responsible for the 378 artistic line drawings in Good News for Modern Man. The ABS was quick to point out that that these drawings transcended nationality, language, and race. By omitting facial details, skin color, and other cultural indicators on her figures, Valloton hoped that every reader would see their own Jesus; one that was particularly right for him or her.

Why did the ABS move out of New York City?

John Fea: According to the ABS leadership, the move was driven by financial concerns. The 1865 Broadway Bible House, located near Columbus Circle, needed 25 to 50 million dollars’ worth of repairs in order the meet the New York City building code. The ABS owned both the 12-story building and the 37 additional stories of New York City airspace. The leadership of the ABS saw the selling of this building and move to another location as a matter of Christian stewardship. The sale of the building allows the ABS to solve their financial woes and strengthen their ministry of Scripture of engagement.

Is the ABS a ministry or business?

John Fea: Over the 200 years of its existence the ABS has been both a ministry and a business. Until recently, the ABS was in the business of selling Bibles and often measured its success based upon the numbers of Bibles sold and distributed. I think it’s fair to say that the ABS has always been a ministry. It is a non-profit organization with a mission to transform people’s lives and the nation with the message of the Bible, but it was only until the 1980s and 1990s that the ABS began to self-consciously define itself as a “ministry.” Today the focus is less about distribution and more about providing the tools people need to apply the message of the Bible.

As an historian and observer, what do you see ahead for the ABS?

John Fea: Good question. Historians don’t predict the future, but I think it is fair to say that the ABS will continue to be at the cutting edge of innovation, especially in the digital age.

Bio: John Fea (PhD, Stony Brook University) is Professor of American History, Chair of the History Department at Messiah College in Grantham, Penn., and author of Was America Founded as a Christian Nation? Revised Edition: A Historical Introduction and Why Study History?: Reflecting on the Importance of the Past.