Blog / Freedom is What We’re Made For: A Surprising Look at God’s Law

Freedom is What We’re Made For: A Surprising Look at God’s Law 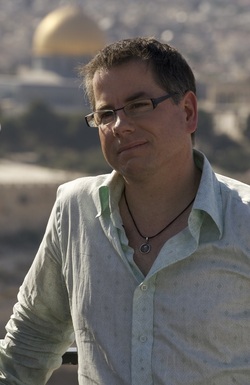 This guest blogpost is by Dr. John Dickson (@johnpauldickson). He holds a PhD in history and is the founding director of the Centre for Public Christianity. Dr. Dickson is an Australian speaker, historian, minister (Anglican), husband, and father.

This post is adapted from his recent book A Doubter’s Guide to the Bible: Inside History’s Bestseller for Believers and Skeptics (Zondervan, 2014).]

The Old Testament constantly describes its laws as “life,” “joy,” “blessing,” and true “freedom.” This will puzzle a modern reader, who is used to thinking of freedom as the power to choose any course of action. Surely “thou-shalt-not,” a phrase repeated endlessly in the Ten Commandments, is the epitome of restriction and authoritarianism.

Well, no! This confuses sentence grammar with practical reality. 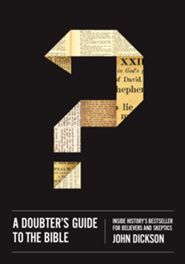 Of course the Ten Commandments are stated negatively—for the simple reason that only a few things really are forbidden and pretty much everything else is there to be enjoyed.

Would we really want positive commands—lists of what we are allowed to do? If you’re at the top of a snow-covered mountain, do you want to be told the 450 different ways you may ski down, or would you prefer to be told the few rough patches to avoid so that the rest of the hill is yours?

No one puts it better than the early twentieth-century British intellectual G. K. Chesterton:

The truth is, of course, that the curtness of the Commandments is an evidence…of its liberality and humanity. It is shorter to state the things forbidden than the things permitted, precisely because most things are permitted and only a few things are forbidden.

An optimist who insisted on a purely positive morality would have to begin (supposing he knew where to begin) by telling a man that he might pick dandelions on a common, and go on for months before he came to the fact that he might throw pebbles into the sea; and then resume his untiring efforts by issuing a general permission to sneeze, to make snowballs, to blow bubbles, to play marbles, to make toy aeroplanes … and everything else he could think of, without ever coming to an end. In comparison with this positive morality, the Ten Commandments rather shine in that brevity which is the soul of wit. It is better to tell a man not to steal than to try to tell him the thousand things that he can enjoy without stealing; especially as he can generally be pretty well trusted to enjoy them. (The Complete Works of G K Chesterton [Ignatius Press, 1989], 32:18)

“Freedom” today is often defined as the power to choose any course of action. “Live and let live” is the only rule. Many talk like this, but it can’t be right. Freedom cannot be the capacity to do whatever we choose. Some choices are destructive and enslaving, to ourselves and to others. Speak to an alcoholic, a workaholic, the young man addicted to pornography, the tragic adulterer, the friendless millionaire. Some “free” choices are enslaving.

“Freedom” is surely better defined as the ability to become what I am made for. As contemporary philosopher and theologian David Bentley Hart writes,

“We are free not merely because we can choose, but only when we have chosen well. For to choose poorly, through folly or malice, in a way that thwarts our nature and distorts our proper form, is to enslave ourselves to the transitory, the irrational, the purposeless” (Atheist Delusions [Yale University Press, 2009], 25).

Christians have always said that living God’s way puts us in harmony with God’s world and with his purposes for our lives. God’s ways “work” in the way that a manufacturer’s instructions work or the advice of an expert works. In the Old Testament, this promise held the form of blessing and long life in the land God had given Israel: “Keep his decrees and commands, which I am giving you today, so that it may go well with you and your children after you and that you may live long in the land the Lord your God gives you for all time” (Deuteronomy 4:40).

Obviously, things are different in the New Testament, for there is no promised land to live in, and the same blessings are not pronounced on all our material endeavors — contrary to the assurances of the contemporary prosperity preachers. Nevertheless, the New Testament does say that following God’s ways, what is called “godliness,” has more than simply “eternal” benefits. The apostle Paul reminds his apprentice Timothy, “For physical training is of some value, but godliness has value for all things, holding promise for both the present life and the life to come” (1 Timothy 4:8).

Obedience to God is not a formula for health, wealth, and happiness; often it brings suffering and pain. But the benefits of living God’s way in God’s world are real, as believers will usually testify.
To offer an analogy: I recently crossed a threshold in my skiing. For years I have been too proud to take lessons, content to carve up the slopes in my own effective but not exactly pretty style. In convincing my son to take a lesson last season, I somehow convinced myself it was my time, too. The lesson was a little frustrating at first. The technical way in which the instructor broke down the turn felt onerous—he had me concentrating on timing, edging, weight distribution on each foot, and so on, all at the same time. About halfway through the lesson something clicked. Turns began to take care of themselves. I was no longer fighting the boots, the skis, or the snow. I was free. It turns out the instructor’s directives were not “restrictions,” but paths to liberty in my favorite pastime.

Surfers say the same thing: there’s a moment when you do things just right and you become free on the wave. Singers echo the sentiment — only when you’re in time and in tune are you free. The analogies could be multiplied. The point is the same. God’s ways, embodied in his commandments to love him and those around us, are what we’re made for, and when we follow them, we are free in the true sense.

[This blogpost by John Dickson was adapted from A Doubter’s Guide to the Bible.]

[Also see our blogpost: A Guide for Bible Skeptics: An Interview with John Dickson]