Blog / God of the Big Bang: An Interview with Leslie Wickman, Rocket Scientist

God of the Big Bang: An Interview with Leslie Wickman, Rocket Scientist 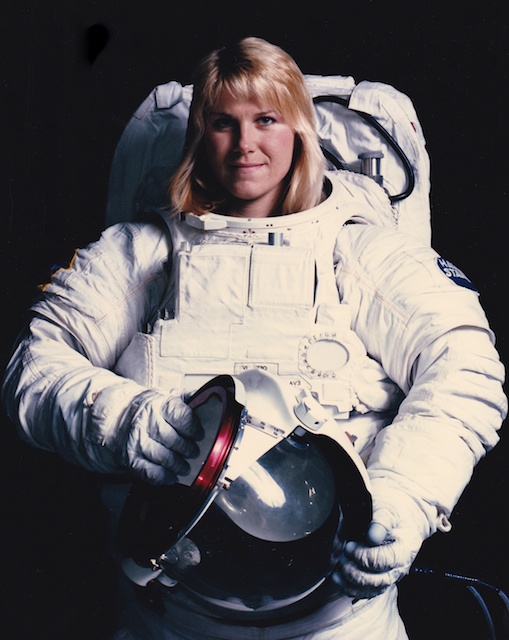 Leslie Wickman PhD, is a former Lockheed Martin Missiles & Space corporate astronaut, rocket scientist, and engineer on NASA’s Hubble Space Telescope and International Space Station programs. She divides her time between serving as executive director of the American Scientific Affiliation (a non-profit organization promoting the dialog between science and faith), and as a professor of Aerospace-Industrial-Mechanical Engineering at California Baptist University. 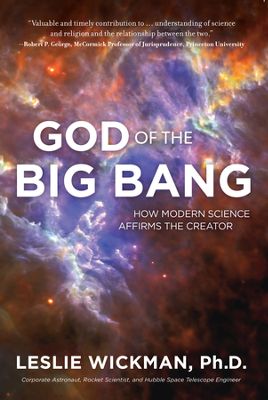 Why is it important to understand that “God is the author of two books: the Book of Scripture and the Book of Nature”?

Dr. Wickman: Since God reveals himself in both Scripture and nature, the two cannot logically contradict each other. So the key to a fuller understanding of who God is lies in seeing how the message of scripture and the evidence from nature fit together and inform each other.

You wrote an op/ed for CNN that stressed science and faith are not in competition. What do you mean when you say there’s an illusion of conflict between science and religion?

Dr. Wickman: I think the illusion of a conflict between science and religion can come from incomplete knowledge, flawed interpretation of Scripture or the facts of nature, or just a general lack of understanding of how the two areas fit together. The illusion of conflict between science and religion seems to be perpetuated primarily by fundamentalists at the polar extremes of this dialog. These two extreme positions give rise to a perceived conflict between science and religion, but the real conflict is between “Scientism” (a combination of natural science and a secular worldview), and “Creationism” (a combination of Christian worldview plus a strict, 21st century western biblical literalism, especially with regard to a 6-day creation). But the illusion of conflict is really just a confusion of concepts that don’t necessarily go together. In other words, science can be successfully practiced without a secular worldview, just as Christianity can be faithfully practiced without a 6-day interpretation of creation.

How is the “Big Bang” theory more “God-friendly” than other scientific models?

Dr. Wickman: The Big Bang model of the universe is much more God-friendly than the model that was popular before it (the Steady State Model). The Big Bang model states that there was a beginning to the universe, and by cause and effect logic, a beginning necessitates a cause, or a Beginner. Other models, such as the Steady State model, say that the universe always existed, so there was no need to explain a beginning. Also, contrary to popular opinion, the Big Bang was not a chaotic explosion, but rather a very highly ordered, finely tuned event.

How do you incorporate 1 Corinthians 13:12 into your thinking?

Dr. Wickman: The more we learn, the more we realize how little we really know about the big picture of physical and spiritual reality, so “now we see through a glass, darkly.” Our current knowledge, understanding, and interpretation of both Scripture and nature are limited and incomplete, so of course there are going to be areas where we don’t see how things fit together very well. But the more we learn, the more the picture comes into sharper focus. We have a lot to learn, but that’s one thing that makes the future exciting!

How do discoveries with the Hubble Telescope corroborate Scripture?

Dr. Wickman: The primary things we’re discovering through science in general that relate to Scripture have to do with two main themes: first, the universe had a beginning, therefore there had to be a cause; and second, the universe displays a long and growing list of characteristics that have to be just exactly as they are in order to support complex life, strongly suggesting that there is some creative intelligence behind all of it.

What do you say to people who say the Bible is scientifically unsound?

Dr. Wickman: The Bible was never meant to be a science book; its message is theological. The writers used the accepted ancient near eastern science of their day when describing nature (otherwise their message would have been dismissed as incomprehensible to their original audience).

Briefly, what are a few of Earth’s astounding and finely tuned characteristics you write about in the book?

Dr. Wickman: Earth’s temperature is not too hot, not too cold, but rather just right so that water (the perfect solvent) can exist in all three physical phases, allowing for the life-giving water cycle. Earth’s mass is not too big, not too small, giving us just the right gravity to be strong enough to hold onto life-giving water vapor (weighing 18 grams per mole), but not strong enough to hold onto large amounts of the slightly lighter poisonous gases, methane (at 16 grams per mole) and ammonia (at 17 grams per mole). Since we’re on the topic of water, it has the unusual characteristic of becoming less dense when it freezes (unlike pretty much every other substance), so water ice floats on top of liquid water, providing an insulating blanket over the top of the water below. Without this unusual property, water would sink when it freezes, leaving the surface exposed to cold winter temperatures, and allowing more and more of the water to freeze and sink. Eventually many of the earth’s large bodies of water would freeze solid, and only the upper layers would melt during the warmer seasons. Severe ice ages would be virtually impossible for the planet to recover from.

You list nine environmental themes woven throughout the Bible. What are a few of them?

Dr. Wickman: Various Scripture verses speak of the value God puts on creation. There are two specific Bible passages that have had the greatest impact on my personal view of creation: Genesis 1:31 and John 3:16. God deeply loves and values everything he made. One theme is human stewardship, in which God gives humans responsibility for creation (Gen. 1:28, Deut. 22:6-7, and Heb. 2:8). Others include provision by God for humankind through creation (Gen. 1:29, Ruth 1:6, and Matt. 5:45), praise, wherein all of creation praises their Creator (Ps. 69:34 and Rev. 5:13), and the witness of nature to God’s authority and provision (Ex. 9:28-29 and Acts 14:17).

What do you hope to achieve with your book?

Dr. Wickman: My hope is that readers will experience an “AHA” moment in reading my book, when they realize for themselves—either for the first time, or in a deeper way—that there is no real conflict between science and faith, and that they don’t have to choose between the two. Furthermore, I hope they’ll be able to share this experience with others.

I also hope this book ignites conversations about life’s big questions, because these are the most important things we can ponder and help each other work through.